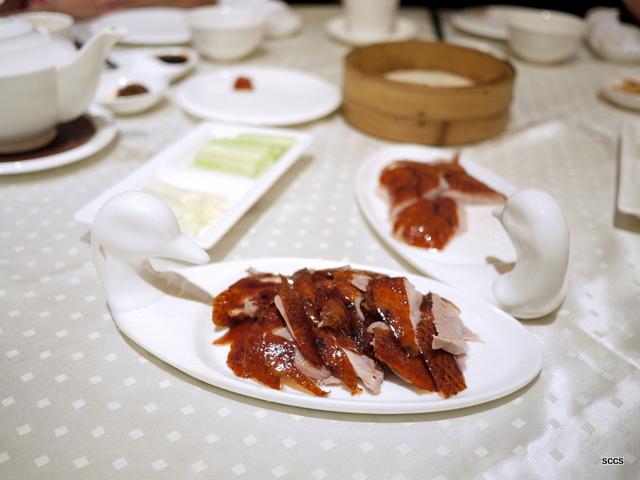 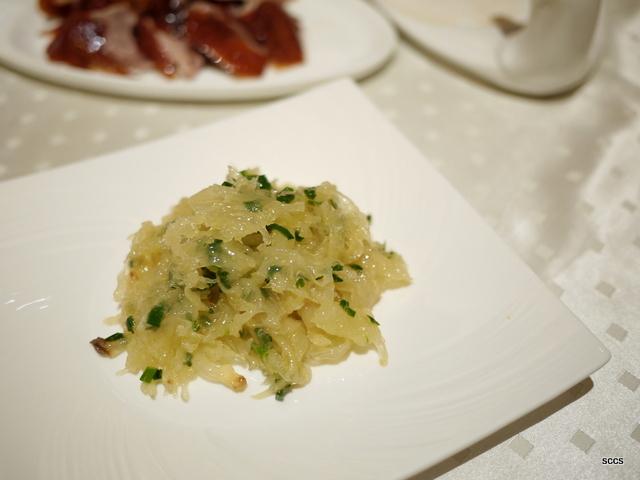 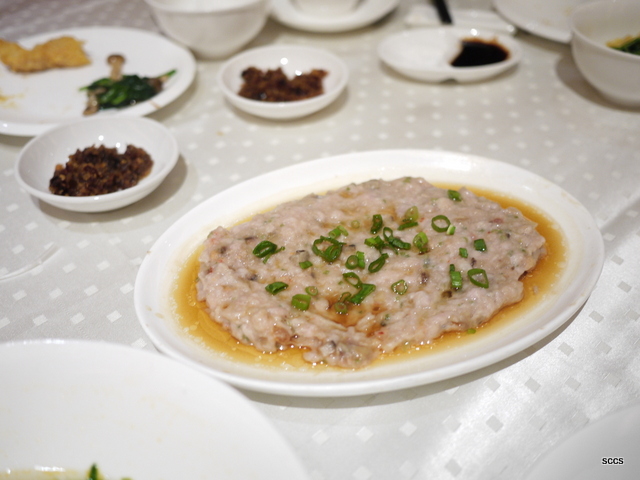 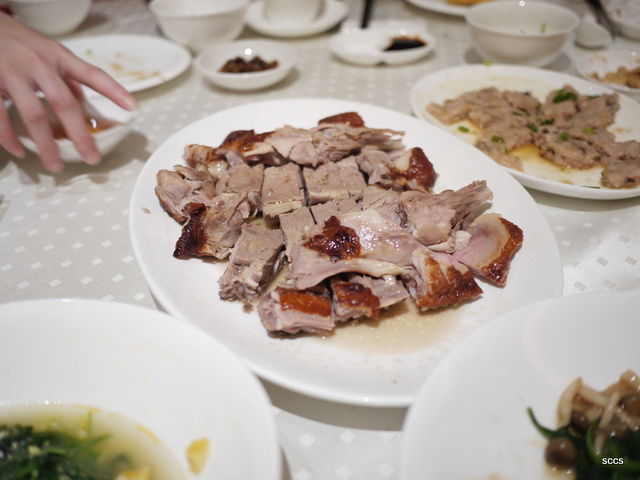 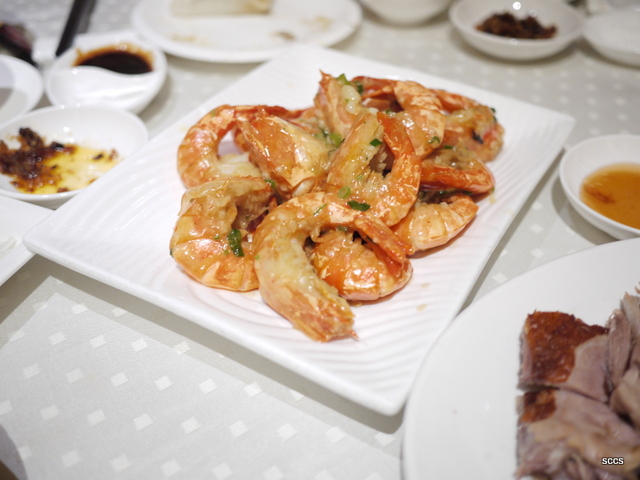 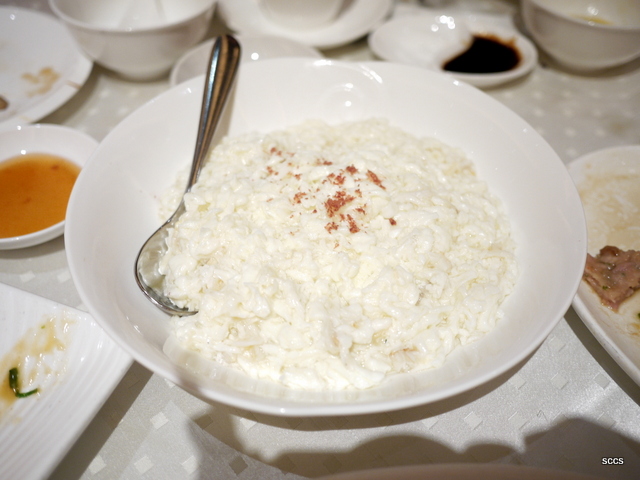 amazing peking duck and chinese food in the paragon shopping centre. my parents have been raving about this place since I came back – and for a family of foodies that is high praise indeed. I’m not one for peking duck, since I usually only like the meat, and duck is often too fatty to hold any appeal for me. I have to say though, that when I finally had a meal here, I was fully and thoroughly convinced and impressed at the level of cooking here.

when you call up the restaurant to make reservations – which you should, because it is a relatively small place with few tables than the typical chinese establishment – they ask you if you would like to order a peking duck. I’ve heard that they serve a few hundred ducks a day here, and I suggest you say yes and get ready for a smackingly good meal.

the restaurant is done up in a manner quite typical of modern chinese places nowadays, with dark walls and dimmer lights – though this place is far more luxurious and attractive than the more garish bosses.

I was already pleased upon arrival by the presence of candied cashews on our table; so very good and addictive, and a nice start. the chilli here is also notable for being of the dried-prawn variety, and was tasty enough to eat on its own. you start off being served a few pieces of the crisp skin off the duck, to be eaten with sugar. a strange combination if you think about it, but very tasty. a small portion of duck is then served skin-on, to be wrapped with chives and thin pancakes. very nice.

the duck isn’t overly fatty, and had lots of flavour. it was also incredibly tender and moist, which is what usually fails in less-expert renditions. I always have jellyfish at a chinese restaurant, and am more than happy to report that they have a nice one here, fragrant with sesame oil.

this was a large family dinner, and we had three-egg (salted duck eggs, century eggs as well as the normal chicken) spinach and a dish of spinach with mushrooms, both very competently executed. of special note was the squid in salted-egg which I was rather blown away by. the incorporation of salted egg in dishes both savoury and sweet is increasingly popular in singapore now, and sometimes you can suffer fatigue from that very distinctive and rich flavour, but this was lovely. coated just right on fresh squid, the play of textures and flavours worked very well. we also had a dish of steamed pork with squid and chestnuts, a modern and more luxurious play on the standard steamed minced pork dish, and rather good too. these were followed by a dish of large stir-fried prawns, very fresh and with large tasty heads, as well as egg white cooked with crab.

I have no complains about anything: service was attentive and very polite, and all the food we ordered were competently executed. one interesting thing that happened was that we wanted to order beef, and we were told they were sold out. very strange really, that a chinese restaurant would have run out of beef at the first dinner seating on a saturday night – but the rest of the food was good enough to overlook this. you are told, upon making a reservation, that they will need the table back in 2 hours, but they didn’t rush us during the meal (we did finish within that time though, so I have no idea what would happen if you didn’t).