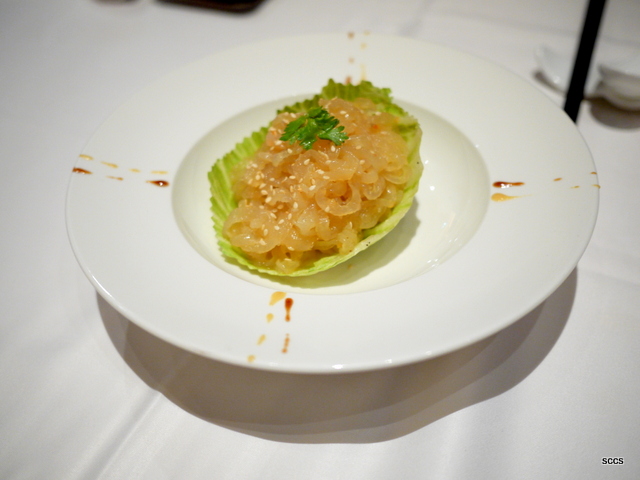 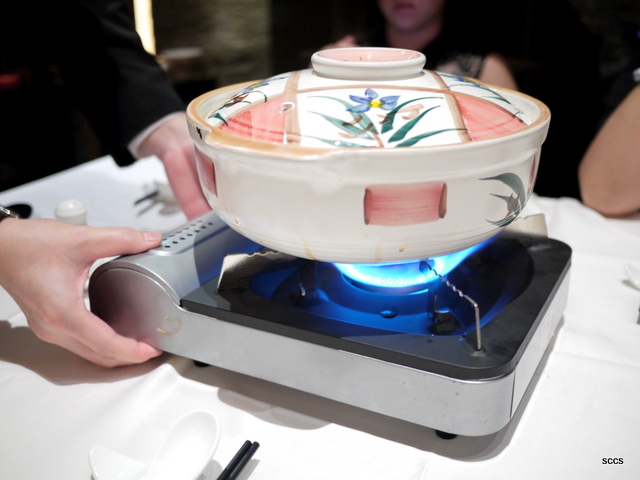 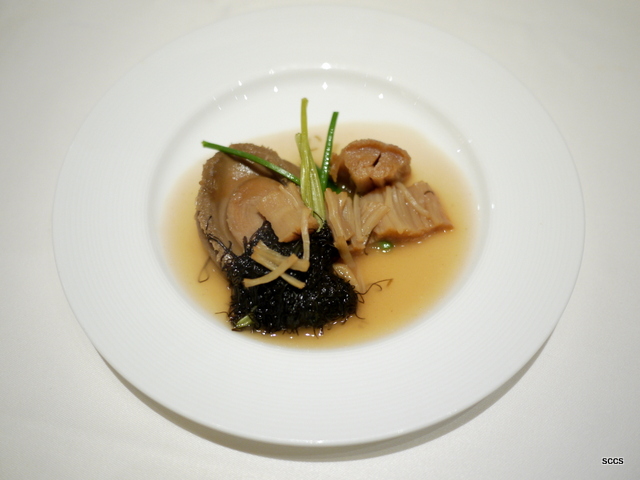 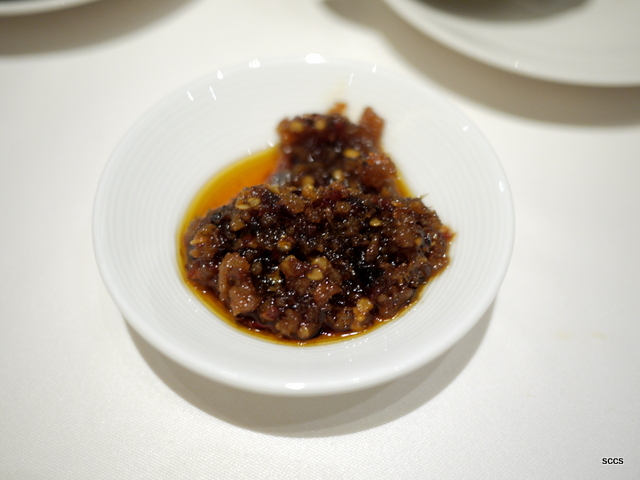 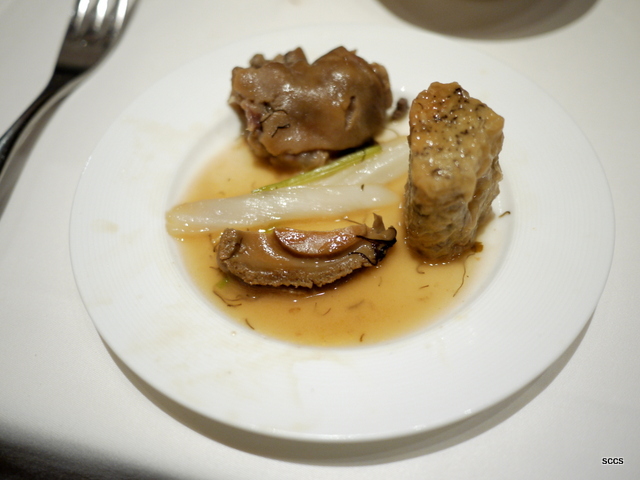 really good cantonese food at the paragon shopping centre. the paragon is an oasis of calm in orchard road, and the presence of this place as well as imperial treasure super peking duck make it such a good place for enjoyable dinners and a short walk before and after.

I’ve been here once before with my parents, and we didn’t like it very much. this would have been at least four or five years ago, and all we remembered of the place was how garishly it was decorated (a little like this one) as well as how dark the entire dining area was – so much so that you could barely see your food. the food was hardly memorable either, since we barely have any recollection of what we had. the story is rather different this time around.

we don’t appreciate dining in darkness, so we booked a table with some trepidation. no worries though, as the place is now done up very class-ily. it still has dark walls, but the lighting was provided by pretty ornate standing lights – enough glow from them to make the restaurant feel cosy.

it’s very close to the mid-autumn festival now, and so on top of offering various mooncakes, they also had this dish of 盆菜, or poon choi in cantonese, which translates to ‘basin feast’.

this is a one-pot dish, where everything from meat, seafood and vegetables are stewed together. this is a traditional chinese dish, usually reserved for important occasions, and was initially created for one of the emperors in ancient china. the story goes that a village prepared many dishes to welcome the emperor but had insufficient or inappropriate dishes on which to serve them and so they placed everything together into a basin – hence the name.

regardless of provenance, this tastes especially good because all the ingredients simmer together in a highly savoury brown sauce that goes deliciously with steamed rice. the connotation of a one-pot meal in western cuisines indicates ease and simplicity of preparation and flavours; let me tell you that this does not apply to poon choi.

the poon choi we had here was a particularly luxurious one with lots of dried seafood such as abalon and scallops, fish maw, pork trotters, fish cakes over a mound of wilted cabbage. it was delicious – incredibly delicious. the gravy wasn’t too thick and was almost drinkable though if anything it was too savoury to have neat. not really a problem though, is that?

in any case, as you can see from the photos we started with a dish of very good crunchy jellyfish (which I love) as well a bowl of sour-spicy thick soup which was passable if not as impressive. my only gripe – rather a small note – is that this dish was listed as being enough for five to six people, and it was just about satisfactory for the four of us. that is probably highly dependent on your appetites though, and admittedly we have more than generous ones.

we also finished off with a selection of their chinese desserts, and service really shone here. we were served one wrong and tucked in before realising, and we let a waiter know only for him to bring the correct dish without any question or fuss. brilliant wait-staff truly make the experience. since I only had the poon choi as well as the desserts, I don’t think I’ve had enough to make a blanket statement about the standard of food here, but the care in preparing our basin feast as well as the harmony of the flavours point to a more than competent kitchen, and the wait staff were lovely.

can’t wait to go back and try more.