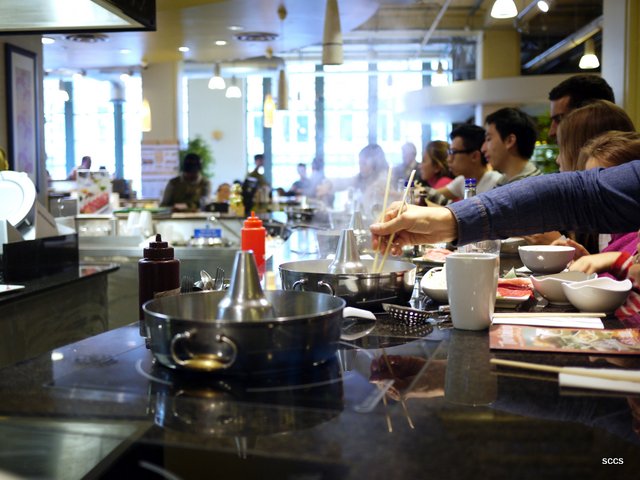 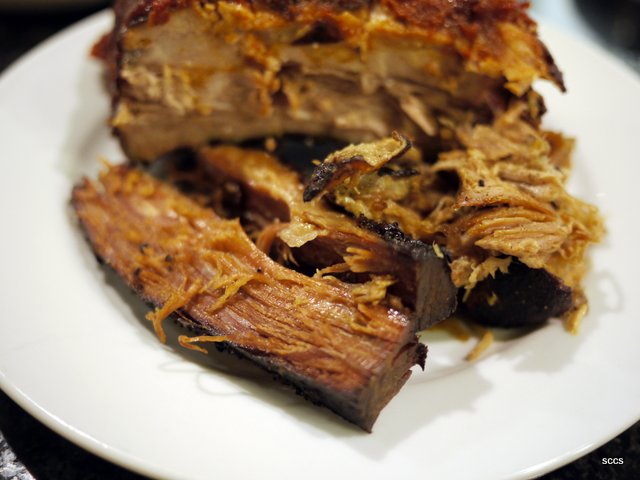 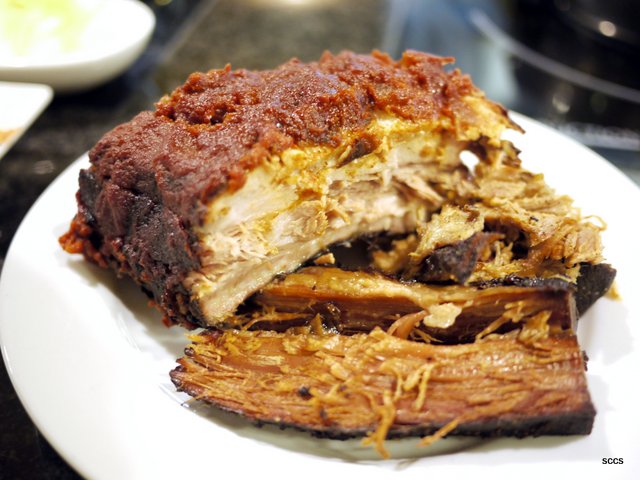 okay food at the whole foods market food court along high street kensington. whole foods is admittedly a pretty awesome place for groceries – but sometimes its cooked food options aren’t the best. I’m happy enough with their salad bar on the ground floor – hugely exorbitant though – and some of their cold offerings behind the counter, but their hot food always seem a let down – usually overcooked, continuously heated food with grey-ing vegetables and I suspect, very few nutrients. the food court above fairs better, though I’ve really only patronized the mexican, the japanese and now the american barbecue store. it’s not bad food necessarily, and possibly could remain an option if you’re already doing your groceries there, but certainly not worth traveling for.

this time we were here for a quick spot of lunch, and my parents were enticed by the shabu shabu table. if you don’t recognise the term, shabu shabu refers to a japanese steamboat of clear broth, with raw ingredients of your choice served alongside. you dip/spoon the ingredients into the hot broth to cook, then dip it into a tangy and hugely appetising sauce before eating; usually you get a mixture of thin beef slices, chopped up vegetables and thick udon noodles – which was what we got here. the broth was pleasant enough; it really is just a sort of light consomme, and it’s very difficult to go wrong when you’re cooking your own food. we generally follow these rules when eating shabu shabu: cook your meat for a short time so it’ll retain its flavour, throw your vegetables in right from the start so they cook longer and have time to turn sweet and tender, and put your noodles in when you want them – they should remain al dente and not sog up in the soup.

just a few gripes, however. the noodles came in a sort of clump, and the portions were ridiculously measly. I mean, you go there knowing you’d be ripped off, but this was pretty astounding.

I was hankering after a significant volume of red meat, and a turn around the newly furbished food court brought me to this new barbecue store – called big smoke, apparently – at the back. it was serving barbecued meats by the weight, as well as some sides. I decided to do a mix-and-match of nearly all the meat they had there (I think I only missed out on the lamb, which I don’t eat) – which meant I had some pulled pork, the beef brisket and wet-rub pork ribs.

the best thing was the wet-rubbed pork ribs, which had a tangy tomato-based sauce over fatty ribs – they helped maintain moisture levels, and that sauce was really good. the pulled pork was nothing great, though nothing impressive. it leaned from slightly-dry to very-dry, but had bits of fat in there that made a bit of a difference. now, the beef brisket: that was bad. dry, impossible to cut with a knife, almost impossible to chew or swallow without a mid-bite gulp of water, this was terrible. I had sort of guessed it when I saw the big hunk of meat sitting in the tray, suffering the overheated fate of much of the precooked food sold in whole foods.

it wasn’t a terrible meal necessarily, but again nothing to specifically come here for. I know that some people really do enjoy the food here, but for my part I’d rather have great japanese at a place like atariya, or american barbecue at the big easy. let me know what you think!