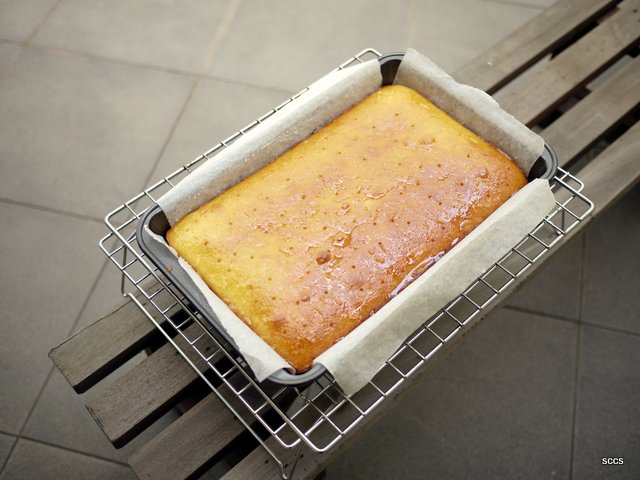 this is a riff on my (and my partner’s) favourite lemon cake recipe – which really is a zest-lifted sponge drizzled with a juice-y syrup. nothing mind-blowingly complicated, but the exchange of lemons for a couple of large and very vibrantly green lemon-limes did make for a cake with slightly more complexity in taste.

I’ve given you the recipe for this cake before, so really, just substitute whatever sour citrus you want in there and I can certifiably tell you they’ll work. you might need a bit of tinkling with sugar amounts if you’re adding sweet citruses like orange, but it’s easy-peasy otherwise. here I’ve made the entire recipe and baked it in a 9×13″ tray for a more sheet-cake like structure since it distributes better than a loaf – cute little cubes go far when feeding a multitude of guests.

p.s. a quick google tells me that what I may have been using might have a key lime (!!) which is exciting because I never thought we’d ever get them in singapore – our local variant and most widely available species is the calamansi, and which is what we grow in the garden at home – but also sort of sad because I didn’t recognize it to be such (it was listed as a lemon-lime in the supermarket). it might explain for the complexity in flavour though, and why I constantly felt transported to the carribean as I was zesting it.