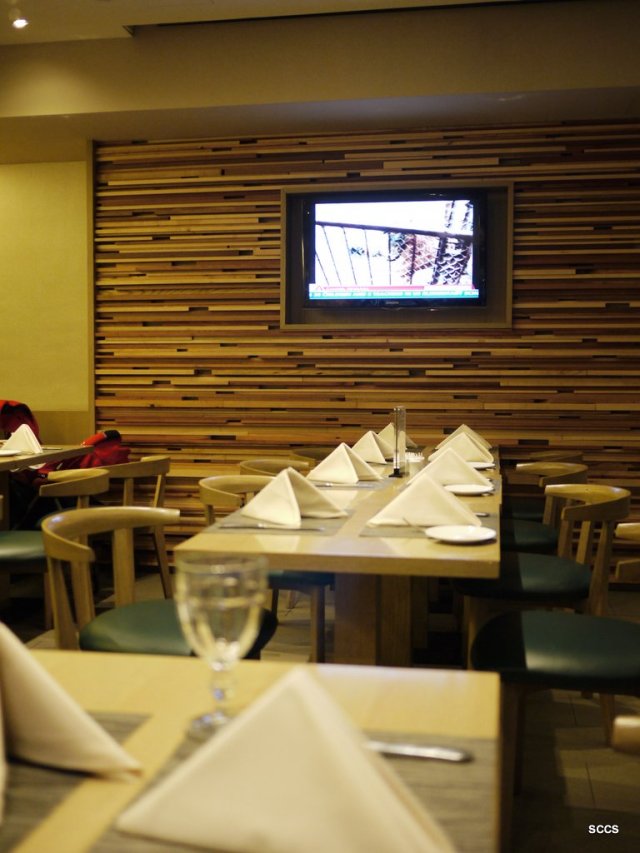 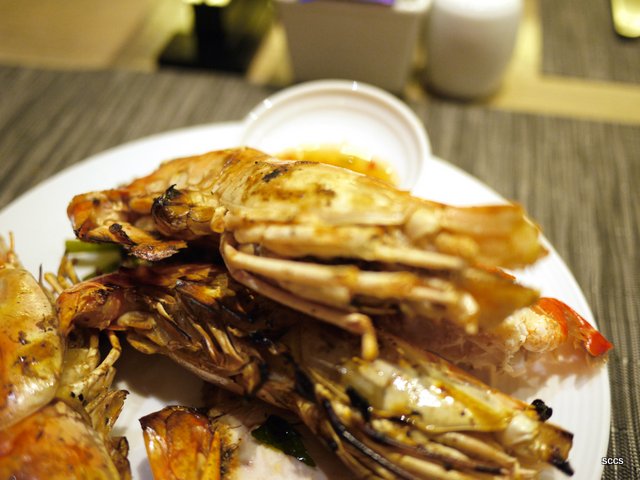 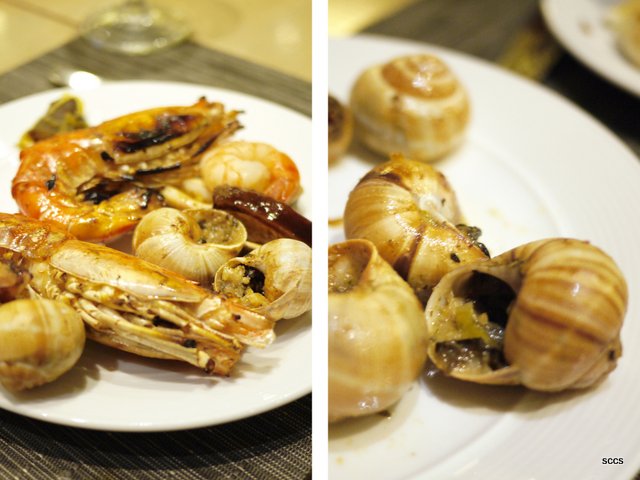 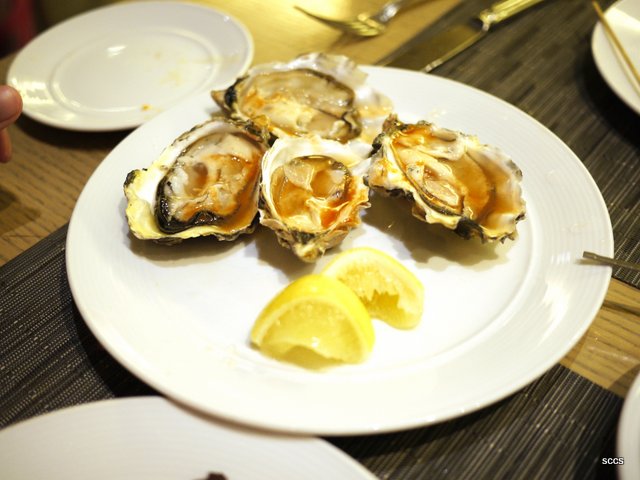 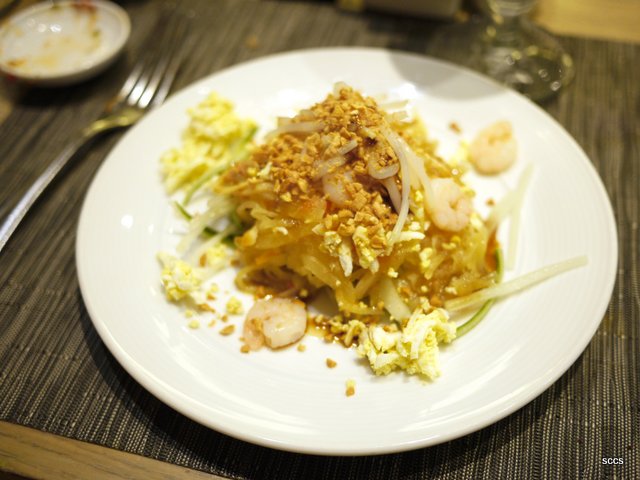 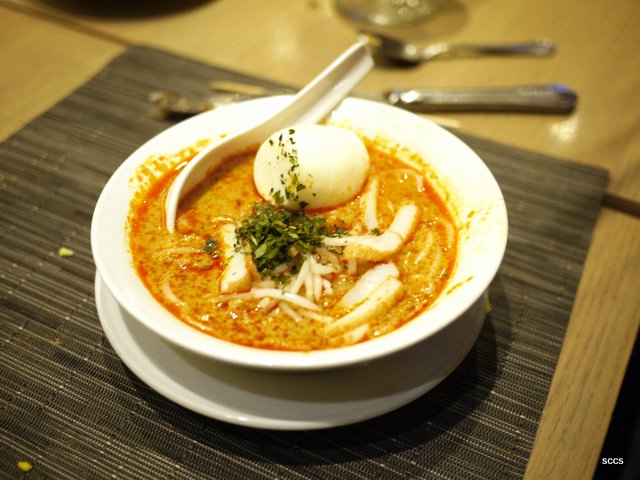 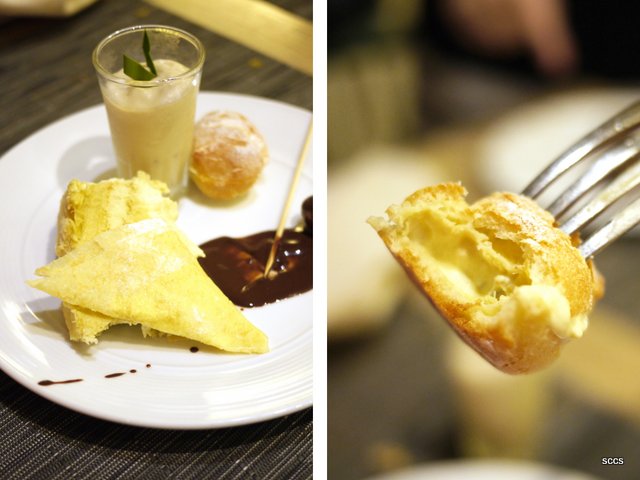 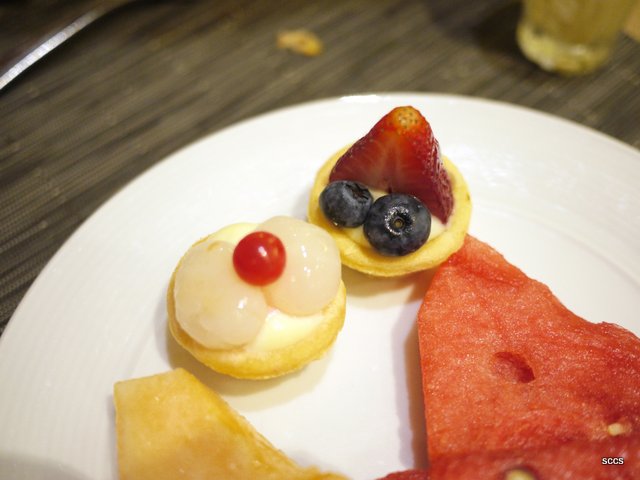 decent buffet at the rather-maligned and surprisingly well-kept rendezvous hotel on the edge of city hall. forgive the ill-plated dishes and rather mis-matched presentation – a buffet is very difficult to photograph, and made especially so because each dish is a representation of what your companions really want to it and let’s face it, it ain’t always pretty.

I don’t think much of this hotel – in fact, I don’t even think about this hotel at all. it’s always struck me as being a little old and dingy, and very forgettable – it used to at least be useful as a landmark for that area, but what with the singapore management university moving there, it’s lost that merit too. however, upon coming here, I realized that’s rather a misconception. the hotel is surprisingly new (I wouldn’t use modern for it’s done up in a rather traditional way), with quite a few eateries peppering its compound.

anyway, we were recommended this place by our aunts after a family dinner at the marriott hotel buffet for having great oysters and a pretty good spread. the food includes local dishes like laksa (a curry-type coconutty noodle dish) and popiah (my favourite ever – but more on this stewed radish wrap later), to japanese sashimi and sushi and western grilled meats.

it’s a mix that’s sounds pretty eclectic but is common place in buffets across singapore, so nothing special there. I’ll tell you what’s good though: the large grilled prawns that get snatched up quickly; a serve-yourself claypot of stewed sweet-and-savoury radish for wrapping with toppings such as prawns and vegetable garnishes in a rice-flour-wrap, also known as popiah; and apparently the oysters are very good – shucked on the spot but only 4 per person at any time.

the rest of the spread are alright, but nothing particularly special. I did really appreciate the very-large fresh fruit section though – sometimes buffets tend to overdo it on the rich, rich pastries. they also had a separate dessert trolley with loads of durian desserts, apparently one of their specialties. this included penyet (essentially a durian puree) in shot glasses, a layered sponge cake, and cream puffs – my partner disliked the penyet at first, but it must have gotten better very quickly as he eventually ended up with quite a few empty glasses around his plate.

so, quite a decent buffet – not a huge spread or a very special one, but I don’t really expect much from buffets anyway so it works. it is also rather reasonably priced, and I think cheaper than many other hotels, so it might just be what you want.

2 thoughts on “straits cafe at the rendezvous hotel, town”