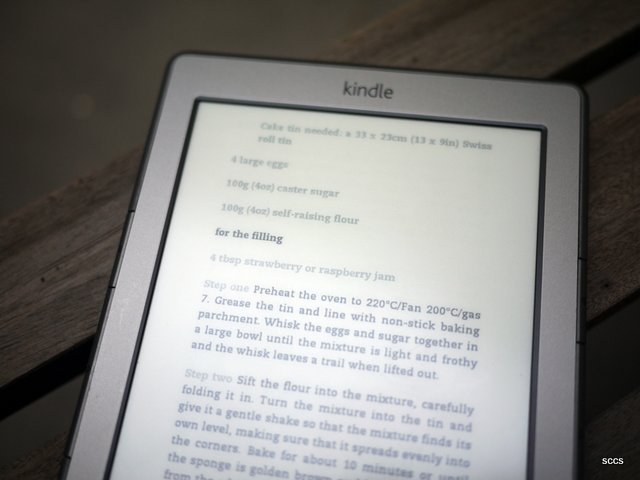 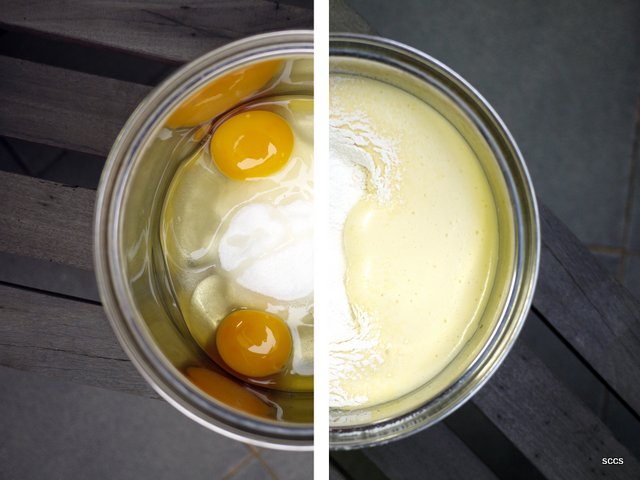 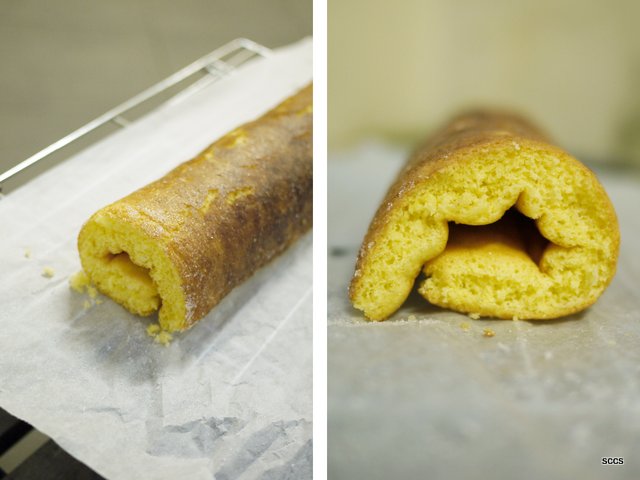 the perfect swiss roll – for me – is a slice of tightly-wrapped, chiffon-light but substantial cake spread with minimal buttercream and rolled in sugar. it’s an impression forged amidst nostalgia – a common snack when I was younger and singapore didn’t have nearly that many fancy bakeries was a box of swiss rolls from the polar chain of cafes. fluffy and mildly sweet the way I liked it, these cakes were always displayed perfectly in glass counters, and cost very little for a midday treat.

they’ve lost their popularity now, and while the polar chain remains, it’s a throwback to times that the new generation don’t always appreciate amidst the proliferation of fancy, trendy bakeries with their fashionable cupcakes and bubble tea. and that brings me to this recipe.

I can make most cakes, but swiss-roll-success seems to allude me – they are meant to be simple chiffon cakes that you bake up in a jelly roll pan, but I haven’t managed to make one that I truly loved, and that I felt lived up to my expectations. couple that with the fact that it’s my mother’s favourite thing to eat, and I feel even more annoyed by the lack of a holy grail recipe i can whip up as and when she gets cravings.

mind you, none of my attempts turn out bad – she always enjoys them, and really, they taste good. but food really should look as good as it tastes, isn’t it? and swiss rolls look best shiny and long and cylindrical and utterly crack-free. and that’s the thing I can’t seem to do.

but enough about me – this recipe is taken from an ebook sample I downloaded on my kindle, and belongs to mary berry – who I think might be the quintessential british cook. this one whips up quickly without any special ingredients, and bakes up fast. it has a slightly elastic texture, and the little vanilla I added seems to complement the egginess well. I went with strawberry jam as a filling this time, since that’s what I had on hand, but any jam would work – this isn’t something I would roll up with buttercream though.

my roll isn’t nearly perfect yet – bet you can see those cracks on the surface, but it was really rather tasty and disappeared soon after dinner. have a try and see if you have better luck than me in rolling it up!