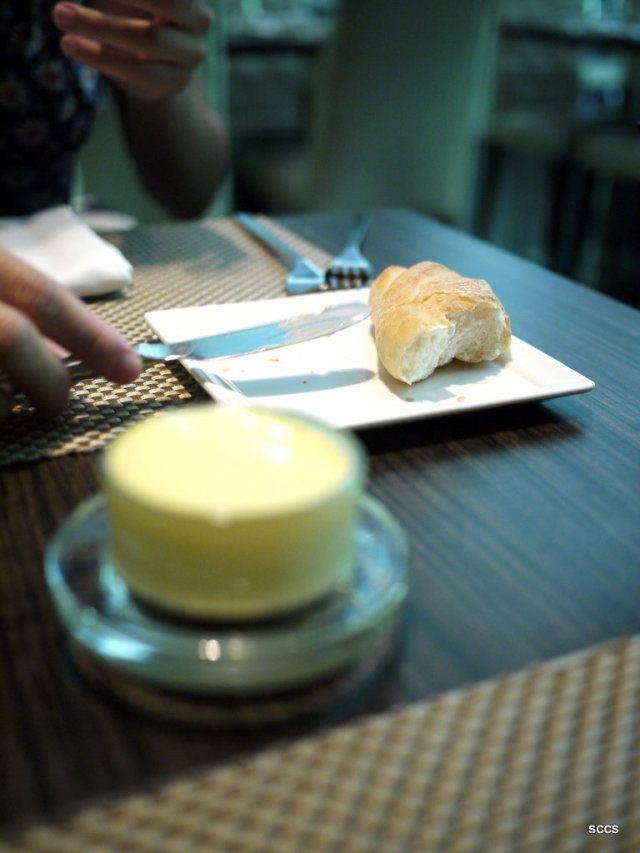 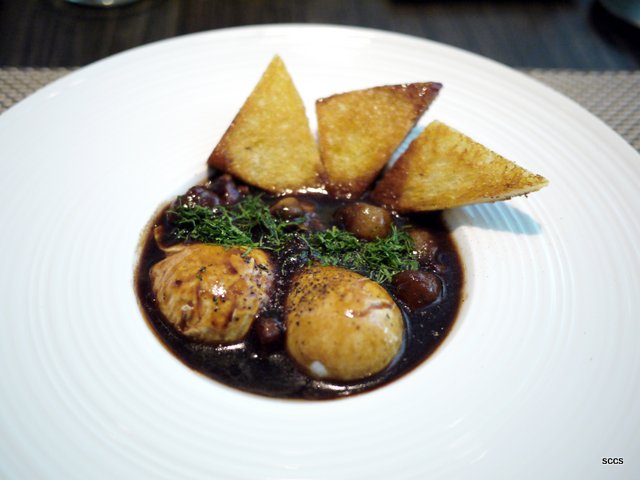 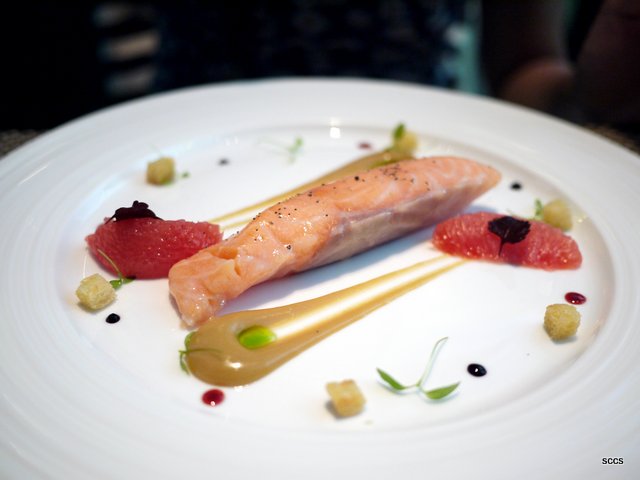 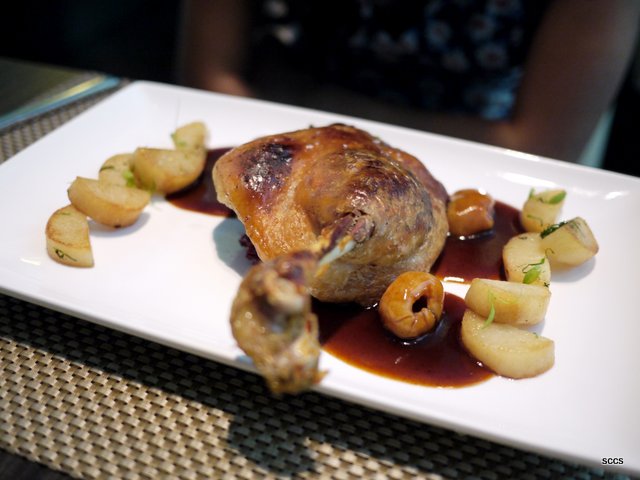 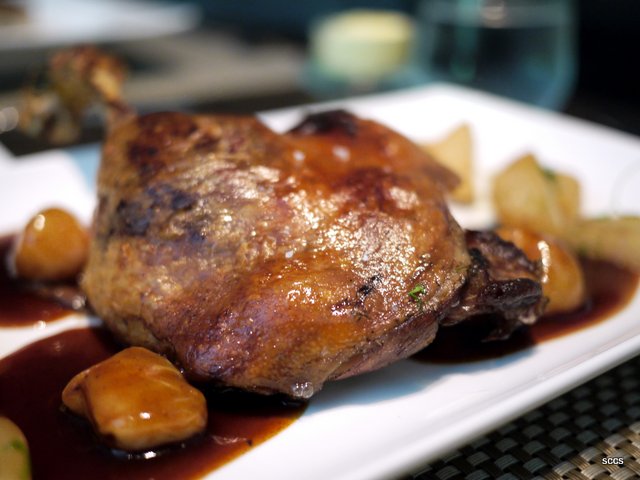 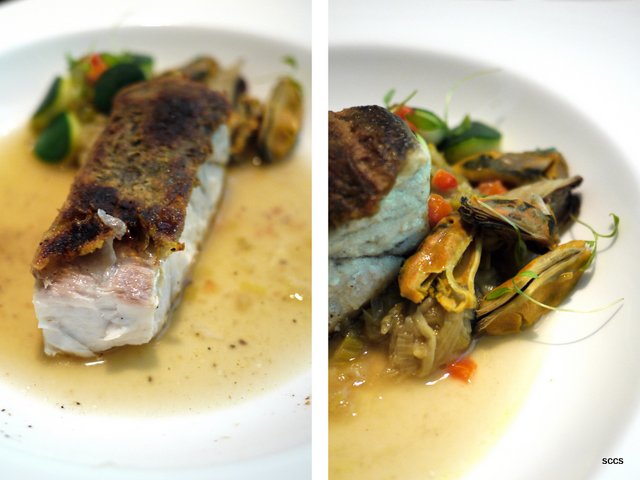 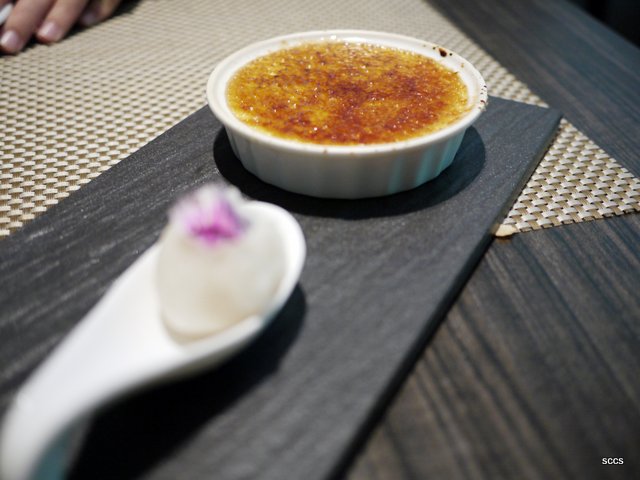 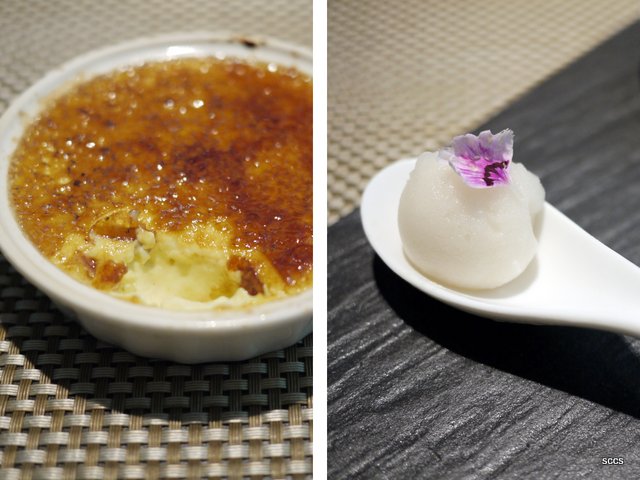 pretty good food and a value-for-money set lunch in a secluded part of dempsey. a girlfriend and I decided to come here for lunch one day – and they have a pretty cool fusionish menu, which I think would be a tad overpriced if going à la carte, but perfecty delightful at lunch-set-price, which is also offered on weekends (a nice gesture not often seen in restaurants). the food was generally surprisingly good and better than average, even if it wasn’t remarkably outstanding. and perhaps the best recommendation I can give is that I see myself coming back here again.

the place is done up really nicely, in one of those colonial-style buildings common in dempsey with high ceilings and impeccably neat and modern furnishings. cosy inside, it has a surprising number of tables placed rather close to each other, but the place was quiet enough that we could chat. service was also helpful and friendly – and I think the food came at a good speed.

let’s do the analysis proper, shall we? we started off with the salmon and eggs meurette. the first a marinated (and possibly sous vide) and impossibly tender piece of fish that looked raw, but had the muted flavours of cooked salmon, it came in a long slab with a smear of sauce and some grapefruit – pamplemousse, don’t you know – and was remarkably and fantastically good. I really liked this. the eggs were also very good and interesting, poached with runny yolks in a deeply, deeply savoury sauce that was kept interesting with the use of sweet asian kecap manis. the pearl onions were tender but kept their shape, and the slices of brioche toast went very well – I had to stop myself sopping up too much of the gravy.

the mains were also pretty decent, if not as interesting as the starters. I had the barramundi, fried with a crisp skin and served in a pool of clear consomme with a side of mussels and soft vegetables: pretty good textures and flavours. the duck confit was served with small potatoes and a savoury sauce – also pretty good and tender, though it had a few dry spots. these were pretty classic dishes competently executed, no complaints here.

the desserts were possibly the weakest part of the meal, but that’s just being finicky seeing as how the starters and entrees were interesting and tasty, and these weren’t bad, so much as I’ve had better elsewhere. we didn’t get the recommendation of a stylized banana split (maybe we should have) but got the melons + sago v2.0, as well as the crème brûlée. the melon dish was incredibly icy, though the ice cream was quite good – it tasted like frozen, pureed melon. the crème brûlée was pretty standard going, and I didn’t taste the osmanthus that it was supposedly flavoured with, but the accompanying lychee ice cream was very good.

this is such a long exposition because I really enjoyed the meal – I didn’t think during the meal that it was very special, but retrospectively I really did appreciate the flavours and food. a good choice for a weekend lunch, and the set menu is large enough for repeat visits.