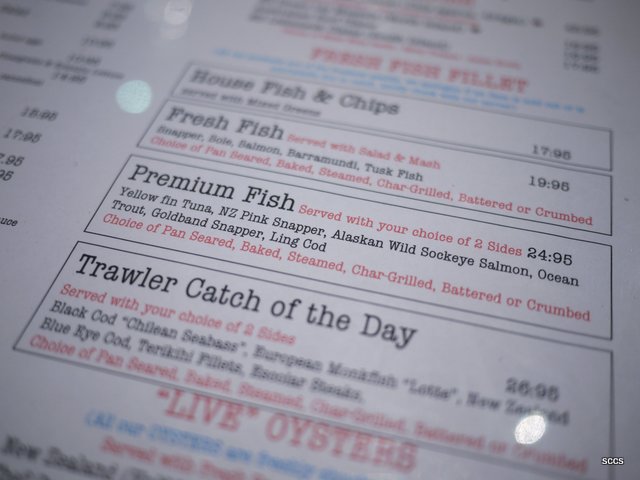 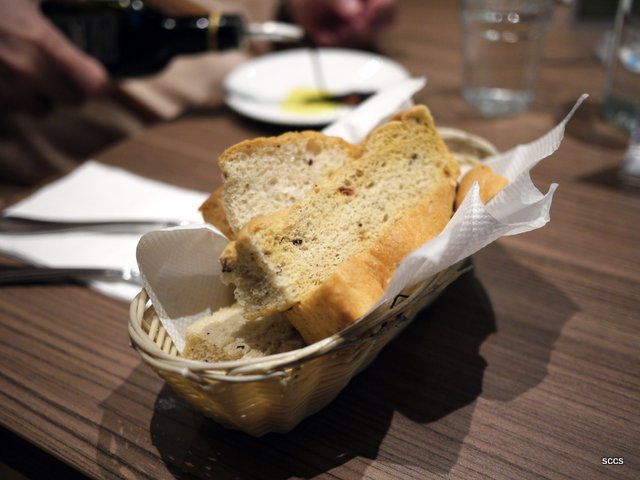 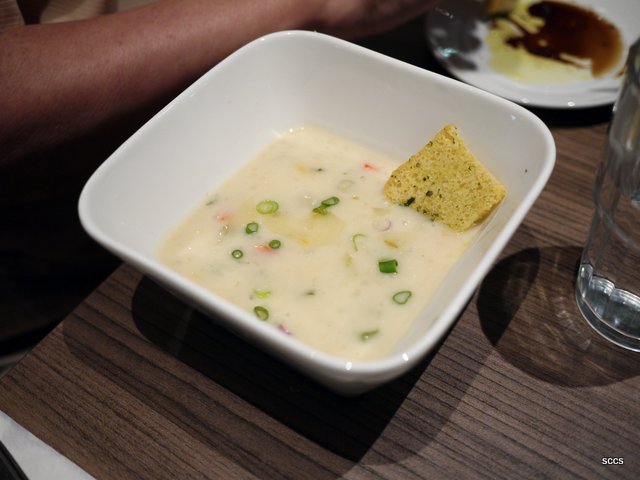 mehh european/western seafood at the top of the nex mall in serangoon. my family’s been going to the parent restaurant of this place – the greenwood fish bistro – for years now, and this is their casual-er and cheaper (though not by much) outpost – I was hoping that it would be a good alternative for days when we crave this sort of seafood preparation but though the food here wasn’t bad, it in no way compares to the original place at greenwood, and we probably will eschew this over other options in the area.

stylized european bistro-type seafood is served here, with a menu concentrating on various varieties and preparations of fish. service was a little sparse – there were two waiters in the restaurant who seemed flustered by the number of restaurant patrons, and so it was a little difficult to get their attention, and we had to wait quite a bit in order to get our glasses of water and bread basket.

the bread basket was at least lukewarm sundried tomato focaccia, crisp on the edges from toasting and an almost addictive sponge for the olive oil and vinegar. my sister started with what I think was meant to be a sort of seafood chowder, but it had the consistency of canned campbell, and looked very much like it too. the calamari was a lot more interesting, springy fresh squid in a crisp, tasty shell of batter.

the mains were pretty standard – you’d expect this level of cooking from a restaurant, so that’s pretty alright. we had two orders of fish as well as a plate of pasta. the pasta was cooked pretty well with good strong flavours, and the fish were both cooked to a good flakiness, and weren’t too dry – the mash that went on the side were apparently very good (I had a double serving of salad in exchange for the potato).

I’m undecided about this place, primarily because I consider the outlet at greenwood to be much better, and a lot cosier. this place is set out to be more casual, with a stronger cafe feel, which isn’t something I appreciate very much – there were people actually on laptops working through their dinner (which I thought pretty excessive) – and while the food was pretty alright, I think I’d prefer having some chinese or sushi tei. probably not a bad option if you’re in mind for some mid-priced western food though.