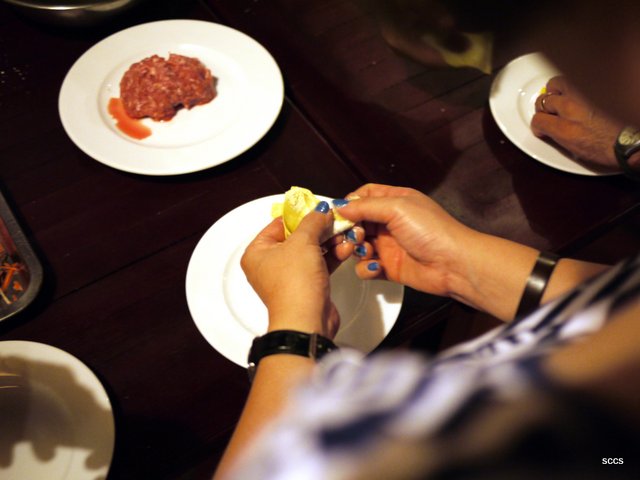 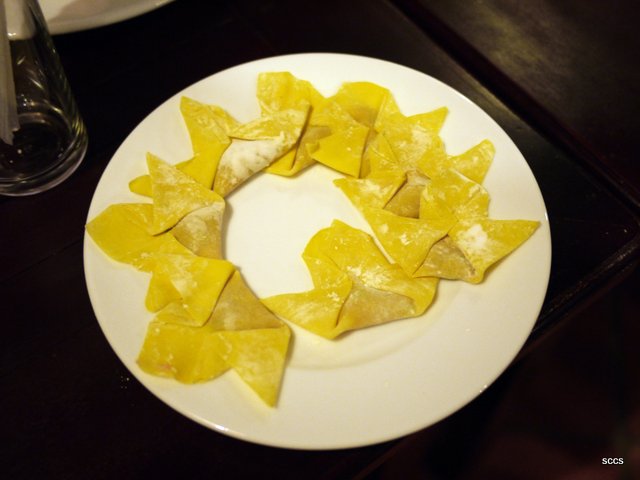 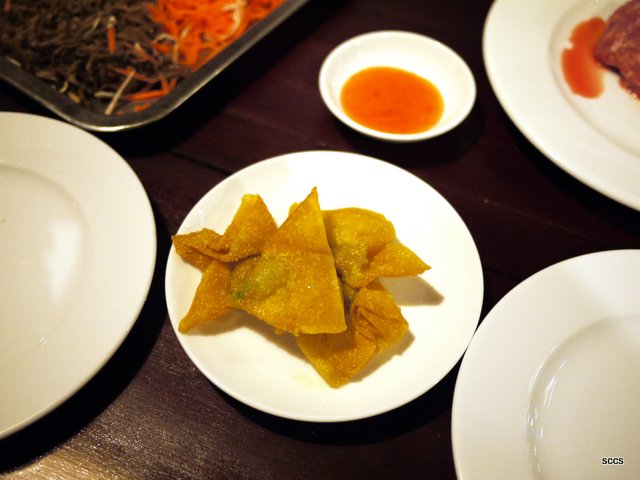 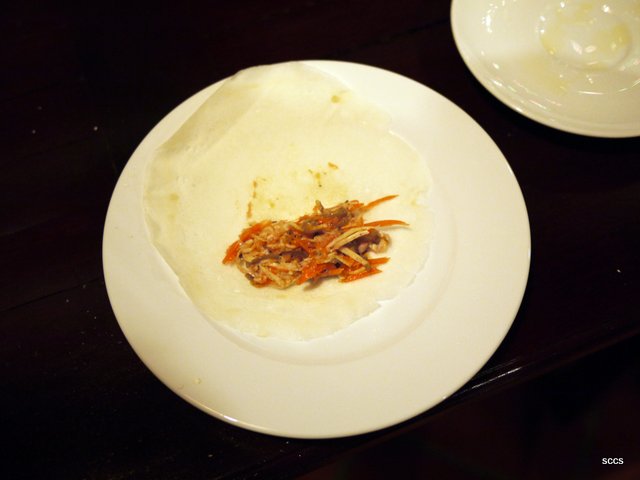 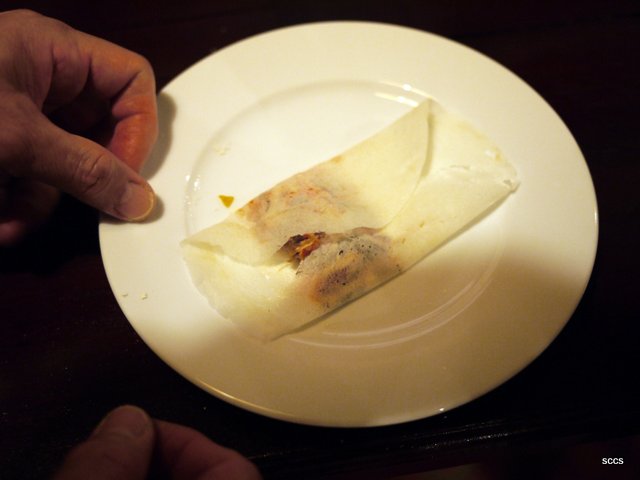 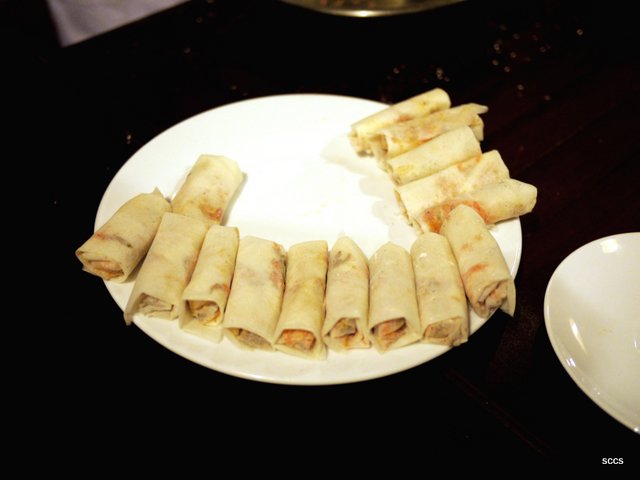 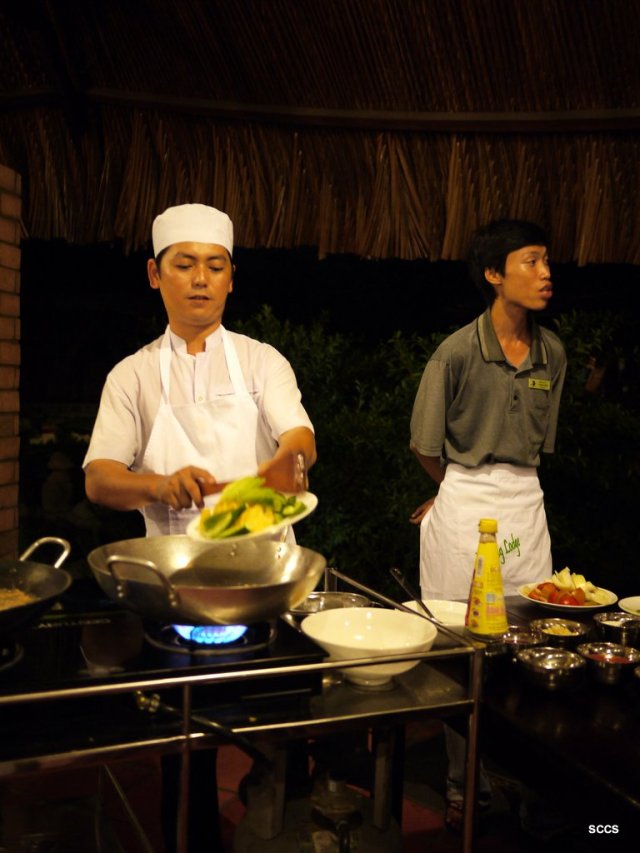 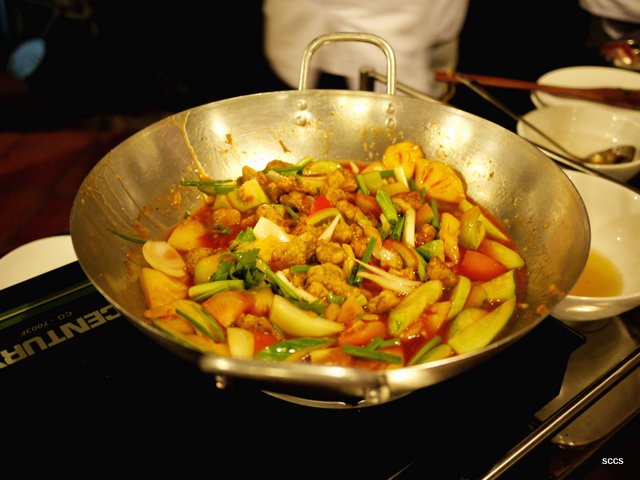 this is a food-loving family – so there’s nothing better to us than a great meal for quality bonding. and while you’re more likely to catch us scoffing down food at a pretty alarming rate (and amount), sometimes you gotta get workin’ before you start eatin’.

our first cooking class as a family, this was a prelude to dinner (in the next post!) – we arrived to see the ingredients all laid out, chefs and translators at the ready. this was a communal lesson for all the residents at the lodge, and a pretty easy one at that. we got to fold egg-enriched dumpling wrappers around seasoned minced meat for boiled-or-soupy dumplings, roll some mung bean paper around slivered-vegetable-and-mince for spring rolls, and watch the chef demonstrate a version of sweet-and-sour pork.

we got to learn a new method of wrapping meat dumplings – known as wantons in my part of the world – basically you fold the square wrapper in half diagonally, and seal the edges for a triangular pouch around the filling, before folding the bottom two corners of the triangle in to form an ingot-like shape. these were boiled/fried by the chef later, and were plenty tasty with a well-seasoned filling. the spring rolls were simpler, a straightforward fold-the-sides-in-then-roll-and-tuck, but those wrappers were something special – made of mung beans, these fried up to a crisp shatter. the sweet and sour pork was good too – pretty run-of-the-mill since we get pretty good renditions in singapore, but there were perky fruit flavours from the fresh and chunky pineapple.

they passed out recipes at the end of the lesson, so I’ve reproduced it here for you in case you’d like to make these at home – they are pretty quick and easy, and while folding and rolling might seem tedious, it’s a small step for good food!

more on the mekong lodge found on the heading out for food page, if you scroll down to vietnam | mekong delta.