this is part zwei of my cakesultation: read part one here!

after we got the batter in, there was a discernible escalation in excitement on his part – I got the impression that the baking session had only just started at that point for him – and out came the bottles of whiskey. I’m no drinker, and it was still rather early morning, but we had an taste-smelling: how else to see what would go with the other components?

he settled on a bottle of monkey shoulder – even my untrained nose picked up the toffee and vanilla in this speyside blend – for the syrup; our initial idea of blending multiple whiskies through different syrups for each layer would have been pretty cool – but rather too intense.

just look at that fervency: french distilled water (the emphasis is his), a superb bottle of whiskey and all that gear.

I’m to tell you that he chose to use a talisker for the buttercream eventually – a peated make with greater depth. (how pedantic, gosh.) 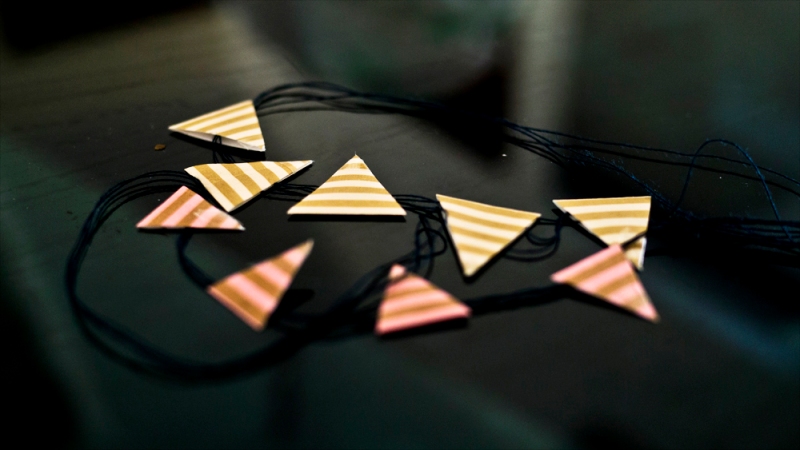 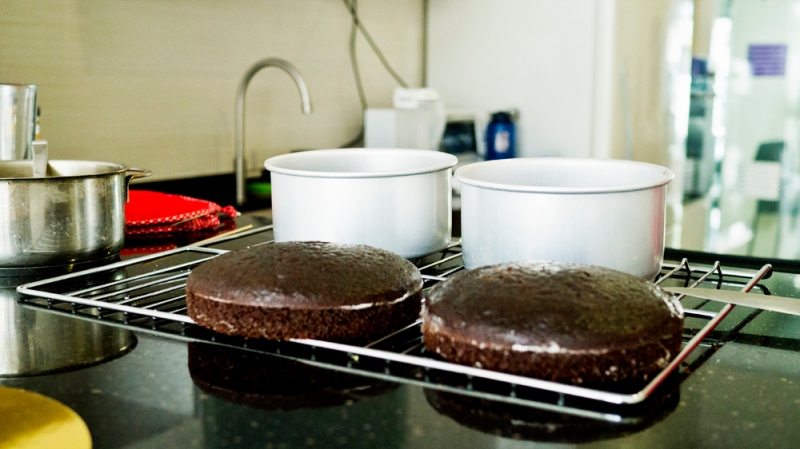 it fell on me to make the bunting, and prep the layers for the cake. we made six six-inch rounds in all – three to sample on the day, and three to freeze for actual-day action. it was a simple enough task – removing the slight domes off the cakes and syruping, before a further education in the art of preparing a buttercream and ganache. 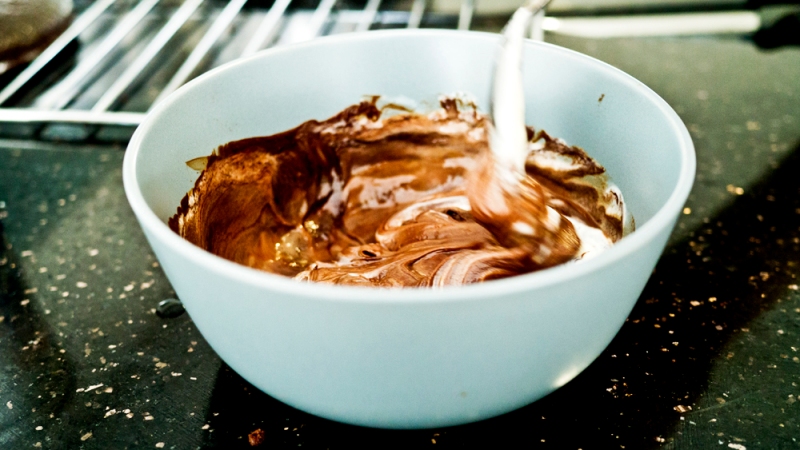 and voilà! the chocolate-whiskey cake was born. not technically perfect – the buttercream was melting in the heat, our ganache could be smoother, the frosting could use a crumb coat; but really, I thought it a gorgeous result of a morning’s bakeducation (I’m just blatantly inventing words now).

shawn’s always telling me my blog lacks a human touch – too many photos of food and not enough of people – and so it seems fitting he’s the first one on. I may have sounded a tad snarky in this post, but that’s the sort of friendship we have – why exchange mild plesantries when you could spar impudently – and truthfully, I thought this gesture very sweet (but don’t tell him that).

and if you’re reading, gwen, I wish you many happy returns and a great day ahead! if you like the cake, I’d like some credit; and if not, then he was just a horrible student.

p.s. this was a little something I was commissioned (probably the wrong word since I wasn’t really paid) to make for the cake box. look familiar?

p.p.s. I hope you enjoyed reading this – I promised to do a bit of storytelling for a pseudo birthday card, and so I have. see you guys next week for regular programming!