just-about-okay pizza at united square – I had high hopes for this place after reading quite a few rave reviews, but it was probably just a tad better than average. I was lured by the promises of tasty ingredients propped atop a well-cooked crust (which led me think this might actually be a convenient alternative to my current-favourite, mozza) and came here with the family – which took a fair bit of manipulative coercing – with our expectations further soaring with the queue and long wait for a table.

but it was a tepid, anticlimatic sort of meal – the pizzas were acceptable, the portions reasonable; but there was a little sticker shock when our order was rung up, and the wait rather too long to encourage repeat visits. 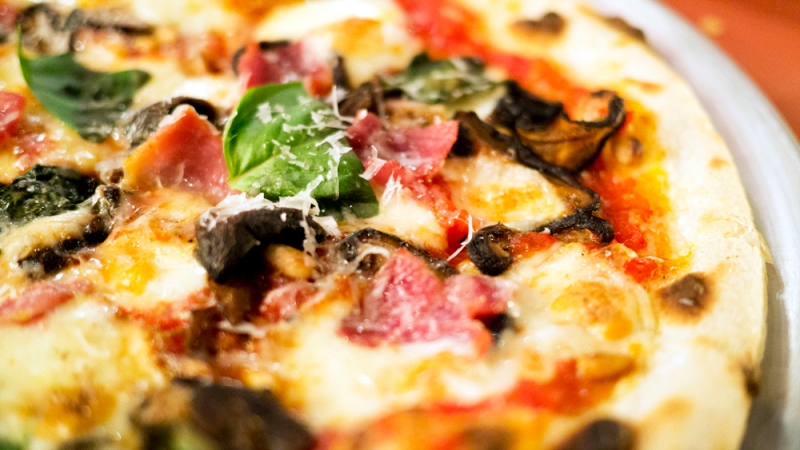 the place is done up all pretty – it could easily be a standalone pizzeria in new york or london, with clear glass windows proudly showcasing the filled tables and large arty menuboards; and service was friendly if harried, and not really able to cope. we were directed to a manager who was busy flitting about chatting with diners and even serving – which meant we had to wait to get our names down on a waiting list. and wait it was, forty minutes that seemed interminable after a long work day.

but we persisted: the smell wafting out of those doors was lovely – yeasty and delicious. it’s a small menu – and between the four of us, we got the baked chicken wings and oven-fired clams, as well as three pizzas: the seafood, the broccolini and sausage, and the ham and mushroom.

the clams came in a small clay-pot, done quite simply in white wine – steamed just right, but in a tiny portion. the chicken – three drumlettes and wing portions – were less successful; these would have benefited from a more typical deep-fry. I think the baking had been done at too low a temperature (surprising, given the oven they have), with the skin flabby and the seasoning a floury sort of incongruous coating. my dad didn’t finish the first wing he picked up. 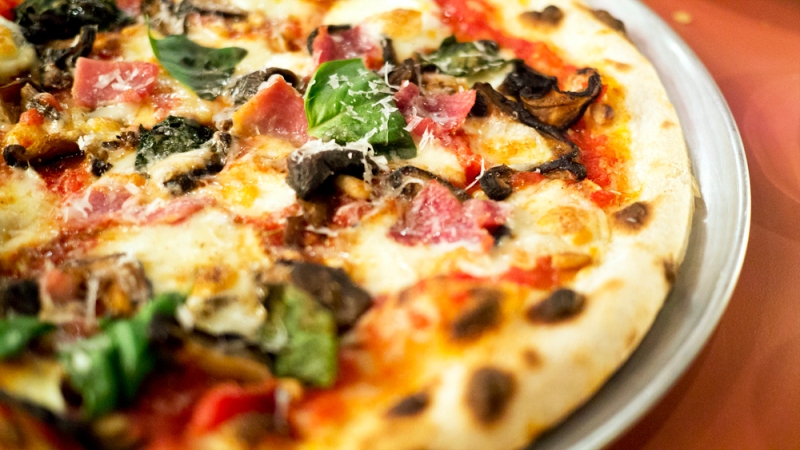 now that I think about it – the pizzas were actually pretty alright. at least the crust showed proper cooking, with charred blisters on the edges and a suitable amount of browning on the underbelly – and there was nothing doughy about it at all, with a clean bite. it does lose to mozza in the actual flavour of it’s crust – and could do with a tad more browning – but overall, not by much.

what possibly could do with the most improvement were the toppings. they were pretty pedestrian – nothing bad but they most certainly didn’t shout with flavour – and rather sparsely laid out. the seafood decently crisp (didn’t seem frozen), the ham of the breakfast sort, and even the sausage could do with more flavour in herbs/spices – all pretty meh. the pedigree at mozza shows in the curating of the ingredients: you pay a premium, but the toppings speak for themselves. as it was – everything here seemed to fade into a rather indistinct picture (the sort you see at the museum and think you might put up at home if someone gifted it, but which you forget about by the time you reach the next frame) because they didn’t hold much flavour, and there just wasn’t enough volume to help with injecting more. 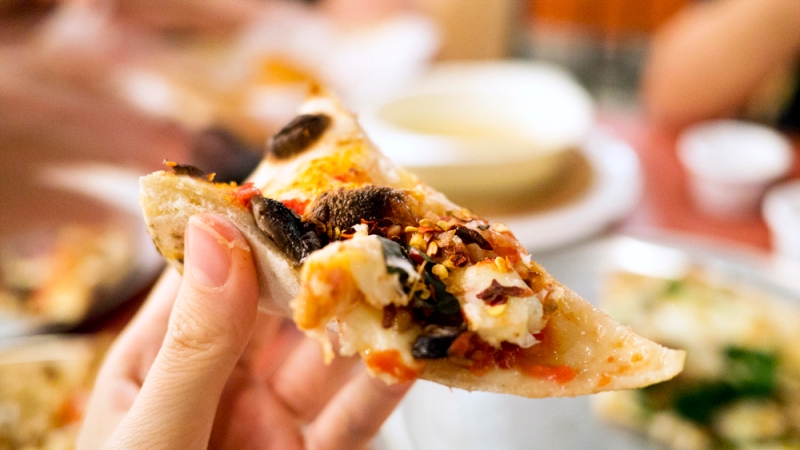 don’t mind the grubby finger – this is real life reporting, y’all, get on with it – but that heavy dose of chili flakes is case-in-point of how muted the flavors were. I don’t think the place is terrible by any means. if there isn’t a queue, and you have a craving for pizza, then this place would do you pretty decently. bear in mind though that the bill runs up very quickly and steeply.

as it is, I’ll be returning to mozza for my pizza-cravings – there’s a queue I’m willing to wait in (though they very gratifyingly take reservations), and the prices are only slightly higher for more impressive food.