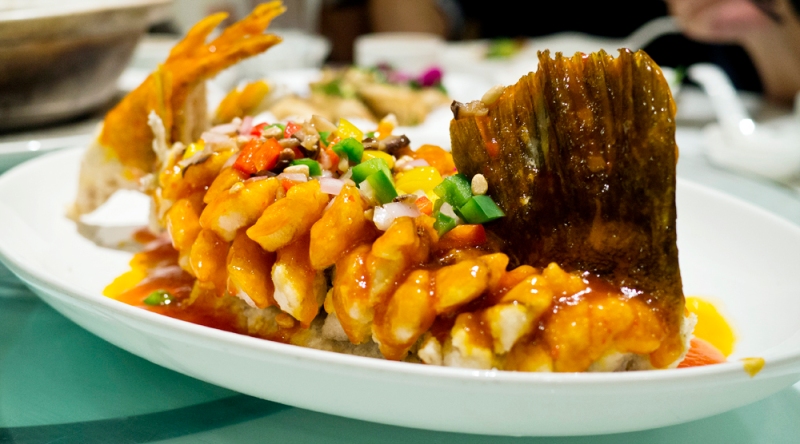 really good heng hwa food at this crowded outlet at the nex mall in serangoon. the weekend is here! and with father’s day looming this sunday, most of you are likely looking for a place worthy of family gatherings, and I think this could be it.

I really rather like the putien chain – the flavours are light but intense, and I frequently get cravings for their squirrel fish (that lovely specimen you see up there). and while service can get rather hectic when full-house, as they often are, it’s efficient and earnest when you do get it. highly reliable, consistently delicious, and a large enough menu to return frequently (though we do have our favourites, of course). 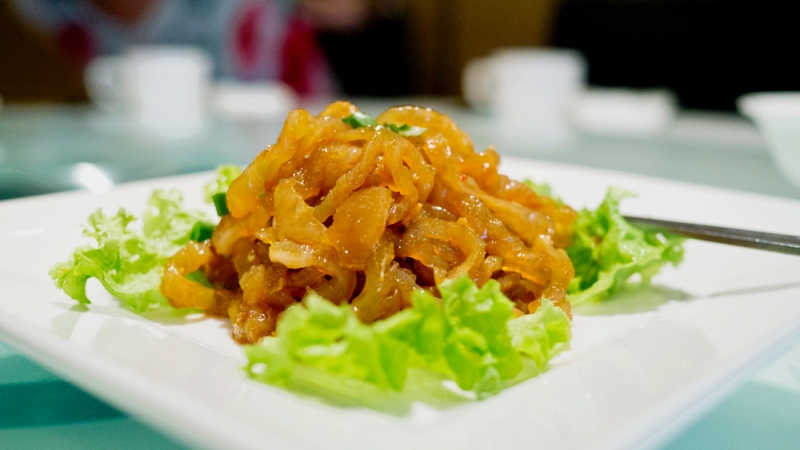 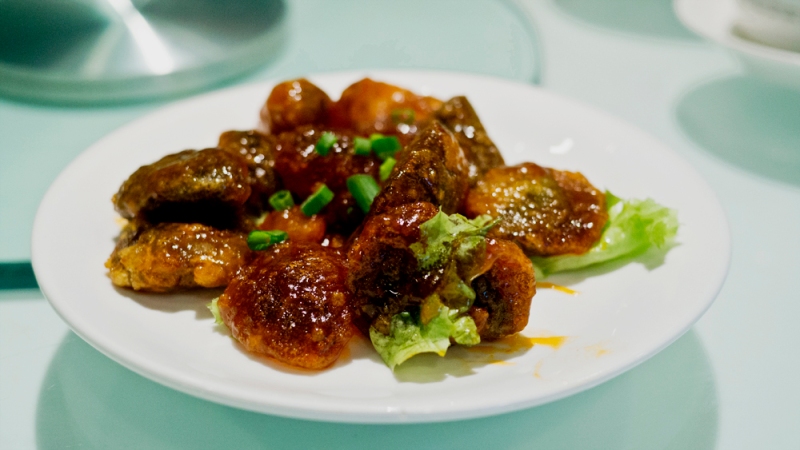 these photos were taken at a recent extended family dinner – twenty of us in all – so we managed to order a heck lot of food. my family’s fussy – cantonese people very often are with their victuals – and so it’s more than a good recommendation for me to pass on that we had no complaints, and most of the food was wiped clean off the plates.

we started with jellyfish – can you tell who was hosting – decent, though I’ve had better. they do it here with XO sauce (chilli oil and dried scallops, essentially), which brings a mild bite. the better starter was their house-special fried century egg: wedges fried up in a crispy batter and tossed in a sweet-sour sauce; this was delicious. creamy, intense yolk, and the milder jelly – it always makes me laugh when americans use these delicious things as fear-factor type challenges. 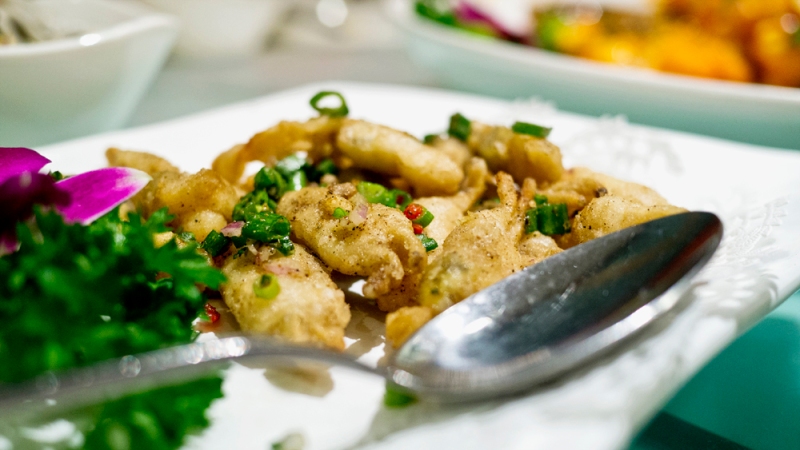 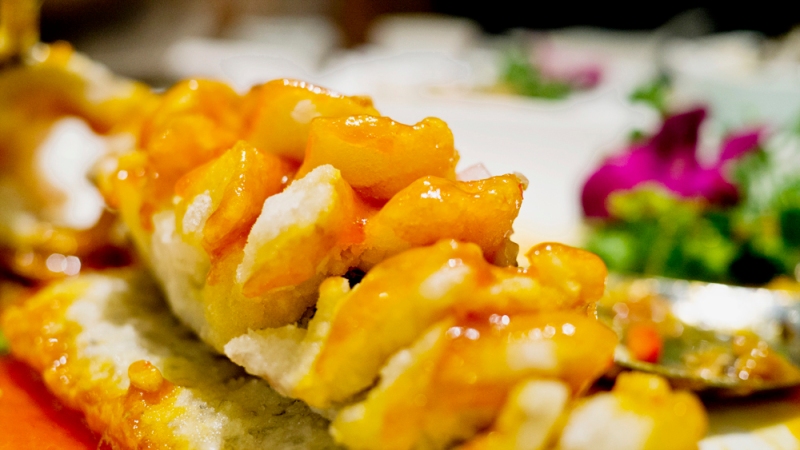 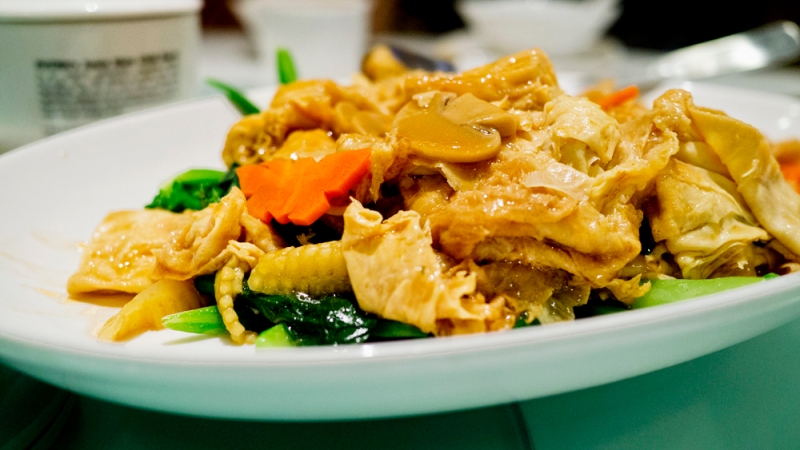 the salt and pepper clams are addictive in their minuteness and mild spice, and the beancurd with kailan are a must order. the beancurd sheets are wrapped to a satisfying thickness – so they bite al-dente and the flavour of the soya bean comes through.

but my favourite really is their squirrel fish. the name supposedly comes from when a chef spliced fish to look like a flying squirrel to serve it to the emperor – this is essentially a complexly filleted fish fried to a golden-brown and topped with a sweet and sour sauce with vegetables. it’s completely, and utterly delicious – the fish is fresh and moist, the batter stands up fantastically to the sauce, which is enlivened by the tiny bits of vegetables strewn atop. I have massive cravings for this fish. 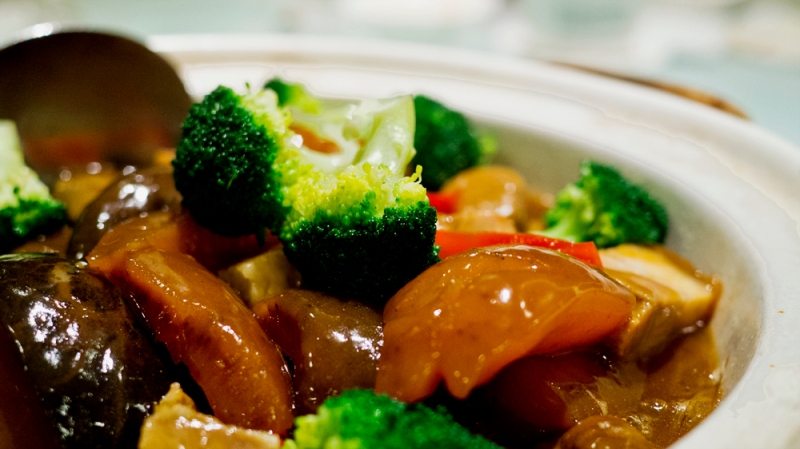 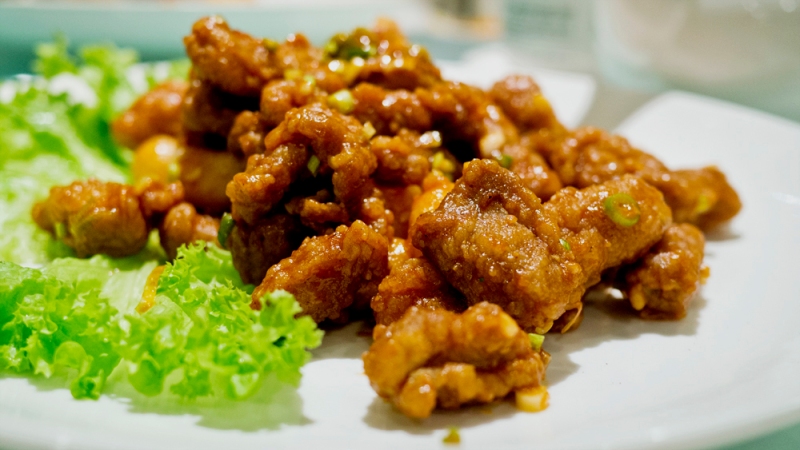 the meat dishes are pretty good home-cooking too – we had the pork with water chestnuts this time, and a claypot of sea cucumber with chestnuts. pretty much as you would expect from a decent chinese restaurant – everything’s rice-worthy – but I particularly liked the chestnuts in the latter. I think I may have liked them so much that some people at the table didn’t realise there were chestnuts in there.

no shame, I know. 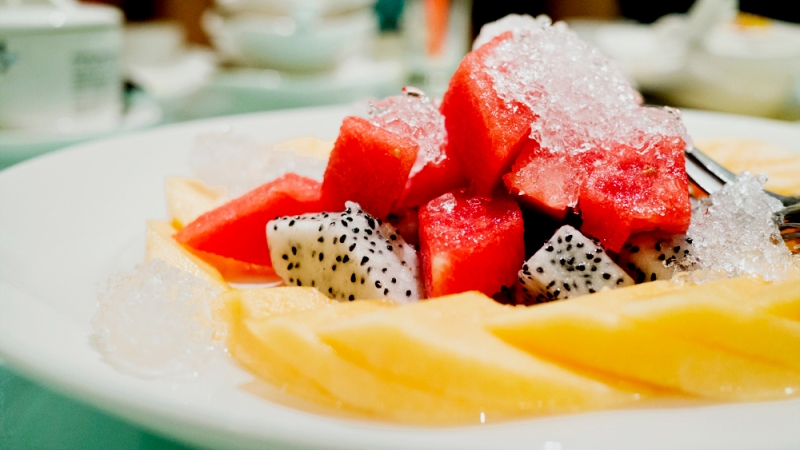 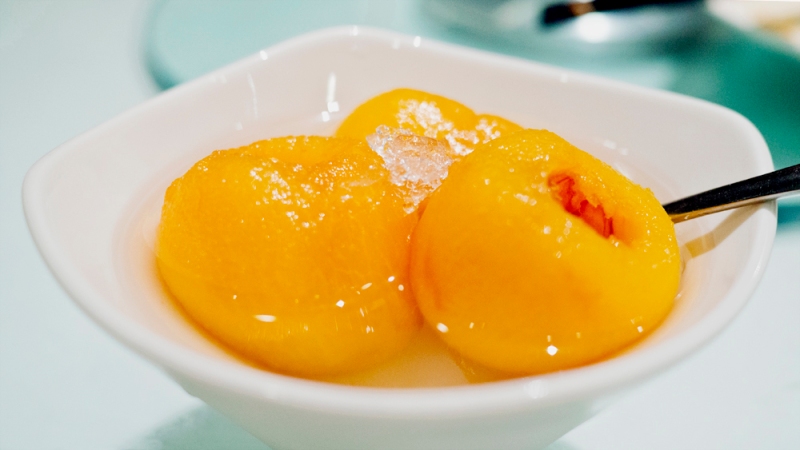 we finished the meal with a fruit platter and syruped loquats – I’m not one for syrupy things but the latter were very interesting. they had a very mild flavour, and a tender texture reminiscent of a soft lychee.

if you’ve skipped that long spew, then I really like this restaurant. honest cooking, good prices, decent portions and highly consistent standards even across outlets – and I have a soft spot for regional chinese cooking (much of what we have locally is more generally cantonese than anything else).

p.p.s. what I really mean to say is: we haven’t had a thing on this menu we didn’t liked.