good italian casual fine-dining (not a misnomer) in chinatown. this place has been swimming through the foodosphere with its pitch of good food at affordable prices, and that’s true to some extent. it’s rather good cooking, with an array of dishes that veer between rustic and posh dining, and cooking that’s somewhere on the positive side of the average-to-great spectrum.

I had this meal nearly a month ago (oops, but hey, hindsight is something powerful if used right), and while I was pretty stoked about the food coming out at the time – it might have been the company I had, come to think of it – the slight erosion of memory makes this out to have been an enjoyable meal, rather than anything particularly surprising or fantastic.

not that this reflects badly on the restaurant at all, no. and it was good food coming out of the kitchens – well-prepared tuscan food you’d expect at fine-dining – at surprisingly generous portions and prices far more circumspect that you’d see at more swanky establishments (we’re still talking more-than-bistro here though, so don’t get your hopes up too far).

we started out with a basket of bread served with parsley pesto, as well as a platter of cured ham with artichokes and tomatoes. while I couldn’t detect any of truffle honey, those thin slices of pink prosciutto di parma went well with the balsamic-tossed artichokes – but you’d expect fatty ham to be good anyway, no? 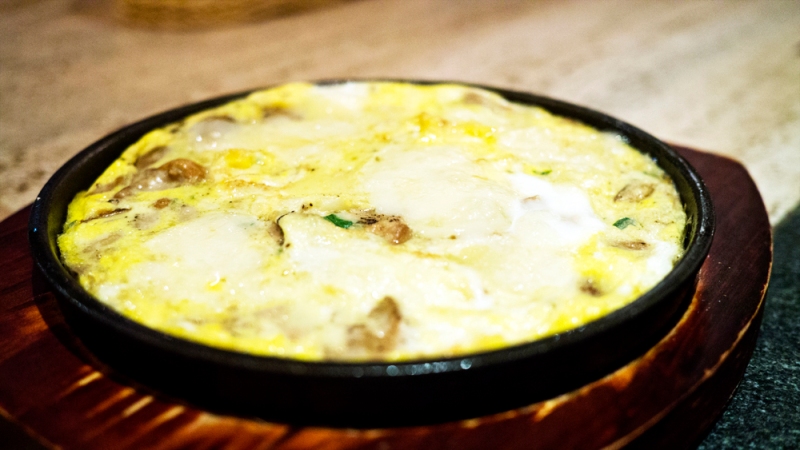 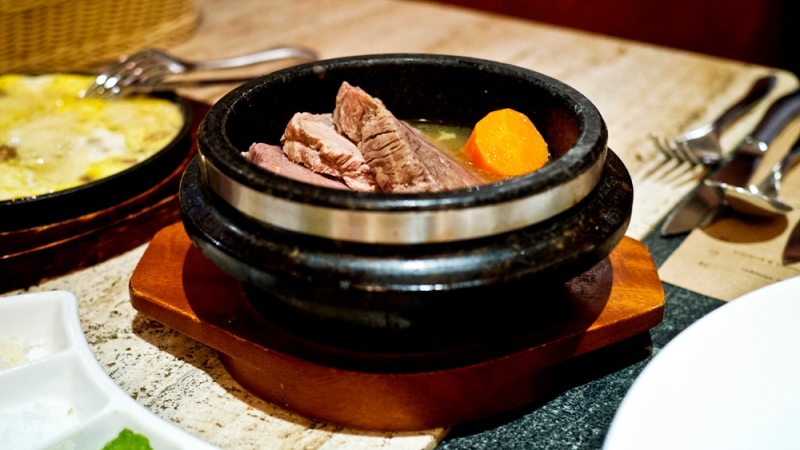 the entree menu is the epitome of rustic tuscan cooking – but the frittata con le rane of frogs legs and chives (sounds more scintillating than it actually was) was tasty but disappointingly flat. you say frittata and I say.. that it should be thick and hearty, and sliceable like a pie – this was a mere omelette.

the gran bolito – well. when it was listed on the menu as “traditional mixed boiled [five types of meat]”, I thought that sparse description was meant to be a teaser for a spectacular stew of some sort – but it turned out my romantic notions were just that. this was precisely boiled meat, served in a broth with vegetables and four dips on the side.

to be fair, the meat wasn’t too tough or dry and still tasted meaty, but I would never have thought that a restaurant would serve up soup meat – or that I would be tricked sold into ordering it. can’t blame them for overselling the dish, though.

p.s. I’m sorry for that piece of tongue up there – it’s fascination of the abomination, really. I have realised once again (as with each time I try it) that there’s something about the bounciness of tongue that really puts me off.

we finished the savories with the day’s special of pork belly and a side of broccolini, which were most impressive. the pork was very fatty, but the skin was well crispy and the flavors deeply porky. loved the garlic on the greens, too. 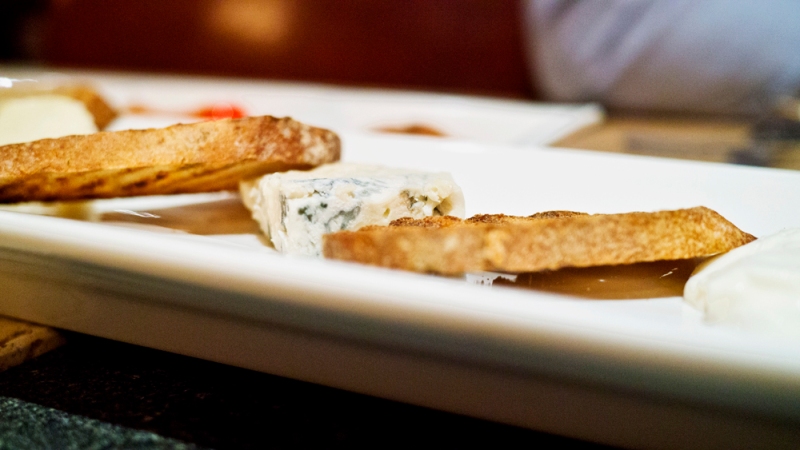 we finished with a chocolate fondant – not quite flowing though tasty enough – and a classic tiramisu – just about alright – but the standout finish was the cheese plate. we were stuffed by then, but the plate of four cheeses with truffle honey and syruped fruit were delectable.

I sound a little disparaging about this meal – but that’s purely accidental. it’s an effort to stymie any hyping about this place – the prices are lower than I would expect to pay for this amount of food, and the cooking itself is well-executed, but I just feel like something’s rather missing from this meal.

the place is charming in itself, all done up with brick and leather, and the atmosphere is buzzily busy without being rambunctious – but it seems to lack a certain something-something. in a nutshell, I’d recommend this place to friends, but probably wouldn’t return for a second visit.

p.s. burlamacco ristorante (which isn’t too far away from this place) is an example of a great italian restaurant with decent prices and the something-something that was missing here.

p.p.s. I’m sorry for bastarding your language, if you’re italian. I take any corrections if you have them!