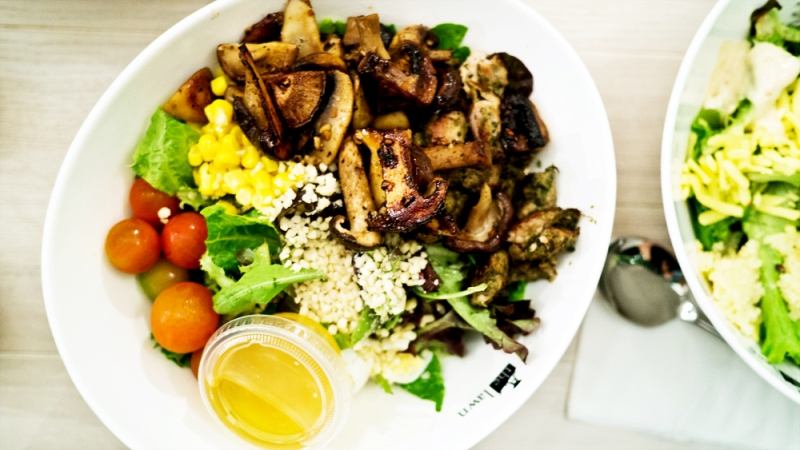 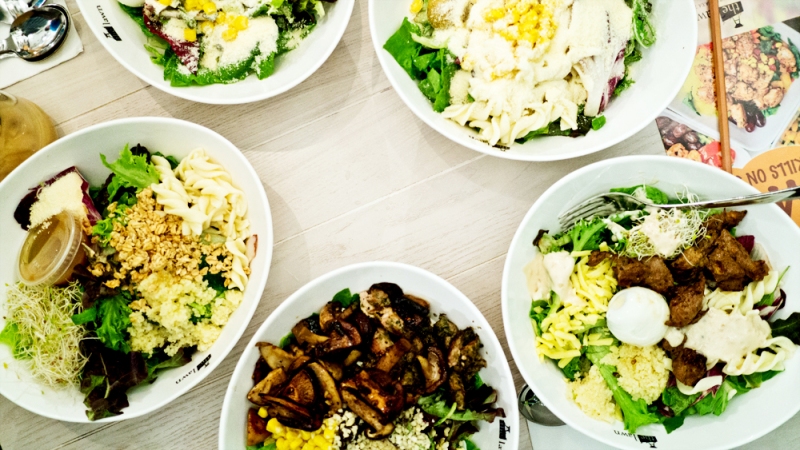 great salads – and – more at this new branch in the central business district – a grown-up version of their first at the biopolis building. I’ve written about this place before – they do a mean grill atop fresh salads, in huge portions both gastronomically and conscience-satiating – but where the first branch was laid back (university-type is likely the best description), this is its shinier sister – sparkling in nordic white and wood and a beautiful felt-lined platform.

it’s great returning to a place to find standards have been kept up amidst expansion, portions are just as fantastic – and finding appealing additions to the menu: dessert and coffee for the hipsters. 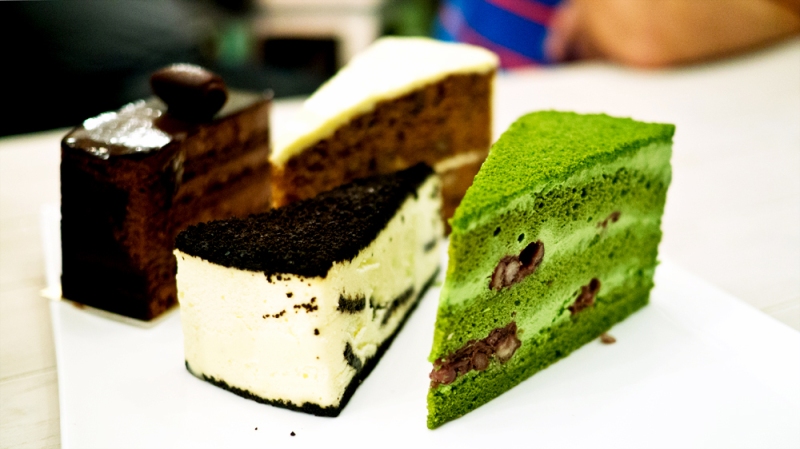 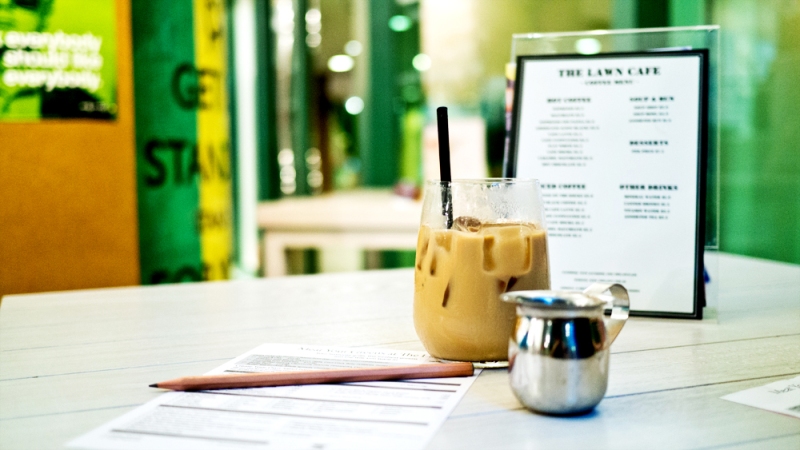 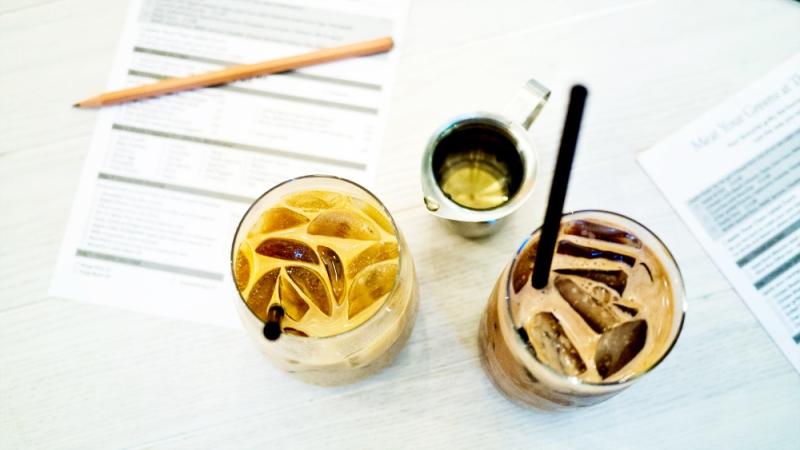 you must know by now that I don’t much appreciate coffee – but I seem to be in the minority amidst a rather uppity (and slightly pretentious) crowd of connoisseurs, so it could matter that the coffee here is courtesy of the necessary provisions/smitten franchise. what I can tell you is that I liked my iced latte, and my fellow diners seemed to enjoy their drinks. 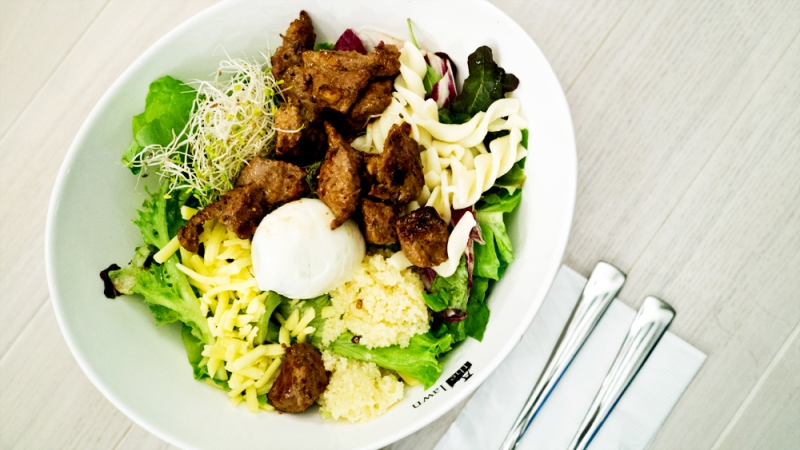 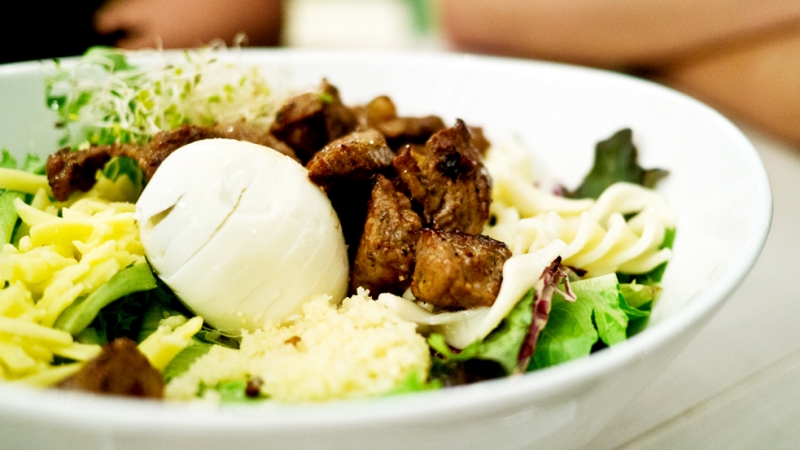 the concept is simple – you pick up an order form, select your salad accoutrements (typically one grill and five salad-y bits), and pass it to the counter people to ring up. the grills are consistently good: the well-seared beef is tender and beefy, unlike the rather gray excuses for moo so common elsewhere, 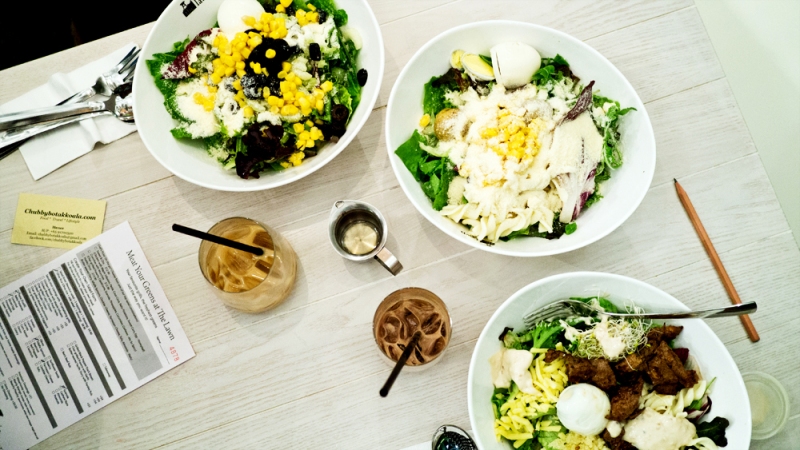 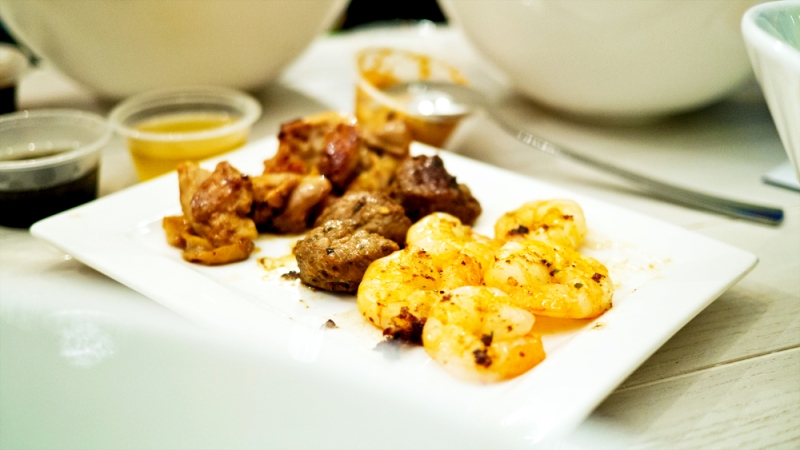 as well as those delicious prawns. I’ve tried nearly all their grilled options, and I’m still hard-pressed to find a favorite – everything is well-prepared and different enough so they don’t bear comparison. the weakest one is probably the duck, which is a little dry and tough, but my favourites are the beef, the prawns and the fish – 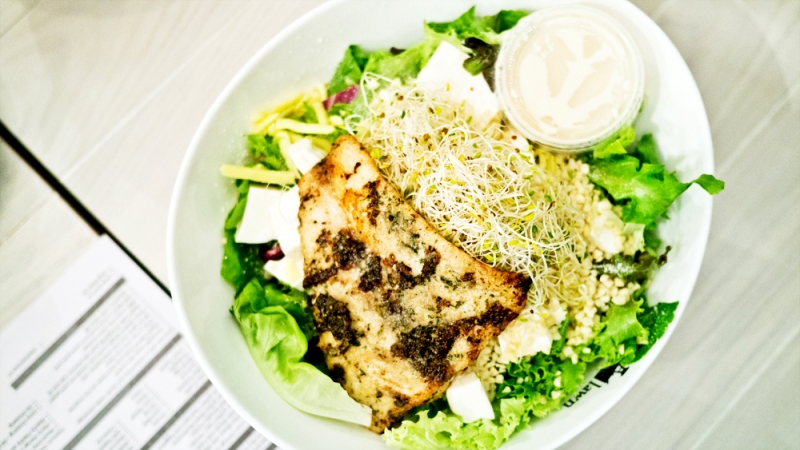 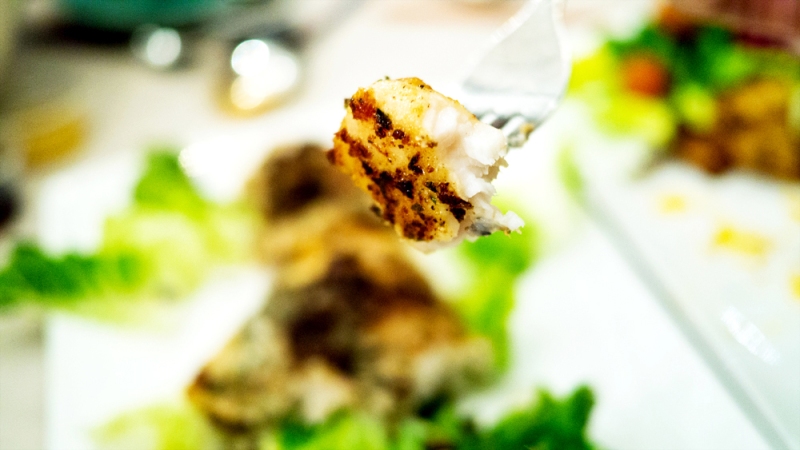 which remains as silky and flaky as was on my first visit. this visit though – I was really loving the mushrooms. quite utterly delicious, juicy specimens, browned till meaty. 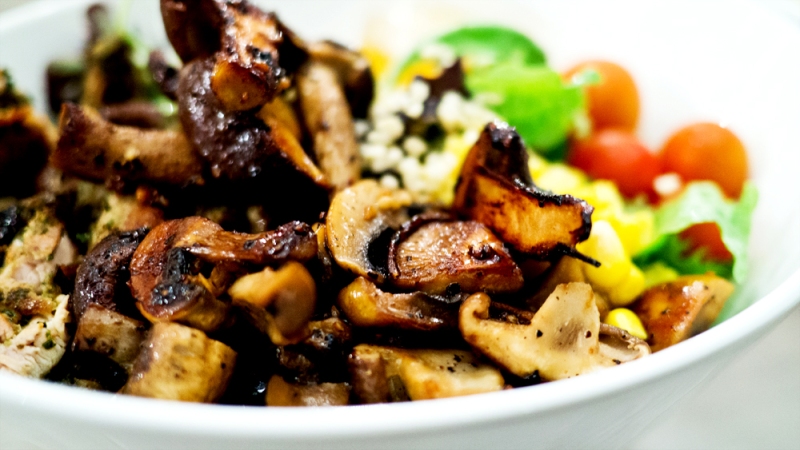 I expect you can imagine how excited I was upon finding out there was dessert – these were brought in from gobi dessert, which I’ve always wanted to visit for their chocolate souffle. most of the cakes were pretty good in all, and more than adequate for a post-meal sweet. 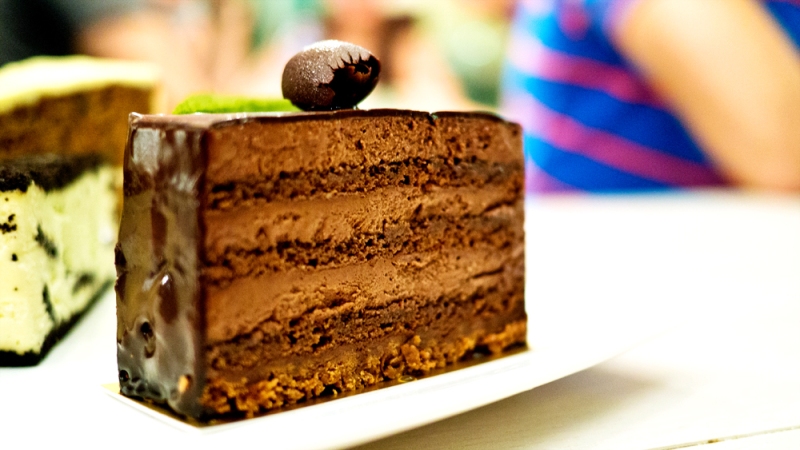 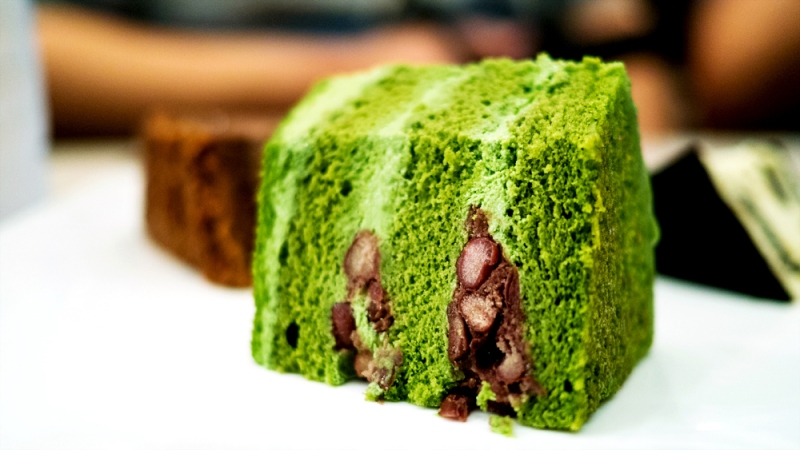 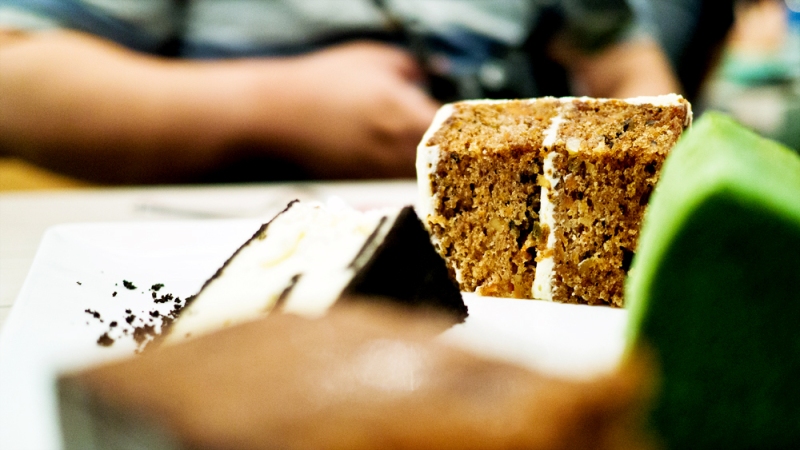 it’s a toss-up between the chocolate cake and the matcha-and-azuki slice for the best – the oreo cheesecake was also decent, largely because of a salty-enough crust. I was less impressed by the carrot cake, slightly boring in its one-dimensional sweetness, as well as the tiramisu-in-a-jar from the tiramisu hero. very bland, and could well do with more alcohol, chocolate and coffee – it was the barest facsimile of a tiramisu I’ve had in a while – that’s also discounting the rather small jar which didn’t make for easy spoon-down-to-the-bottom. I suggest sticking with the cakes. 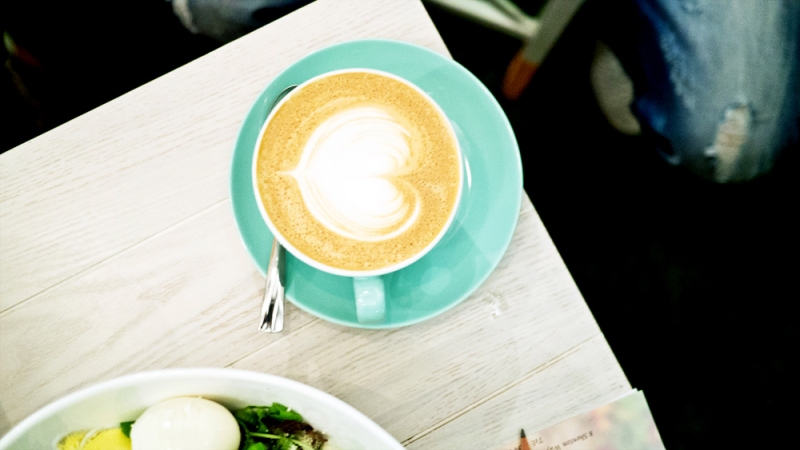 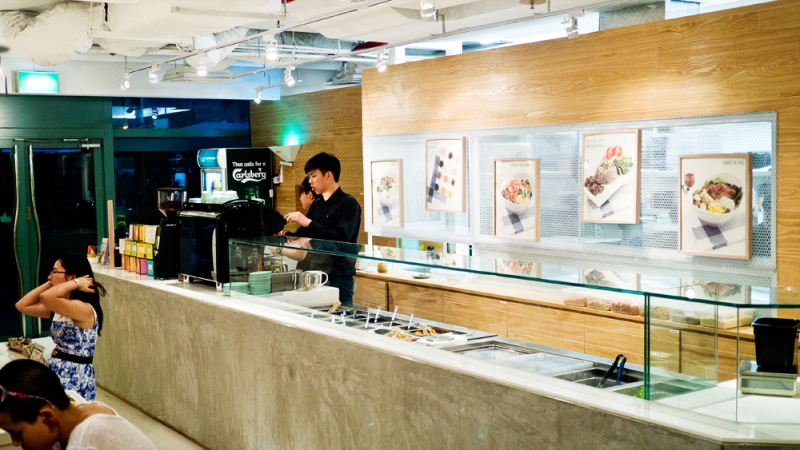 I profess weakness for beautiful spaces – and this is a calming bit of a cafe in the otherwise manic area. the food is delicious, the sauces and meats unqiue – and with their newly added dessert and coffee sections, I expect it can only get more crowded.

great for fussy and opinionated eaters – DIY your own; and for the more indecisive, they’ve now included a couple of suggested salad combinations. well-recommended!

thanks to jonathan for the invite!