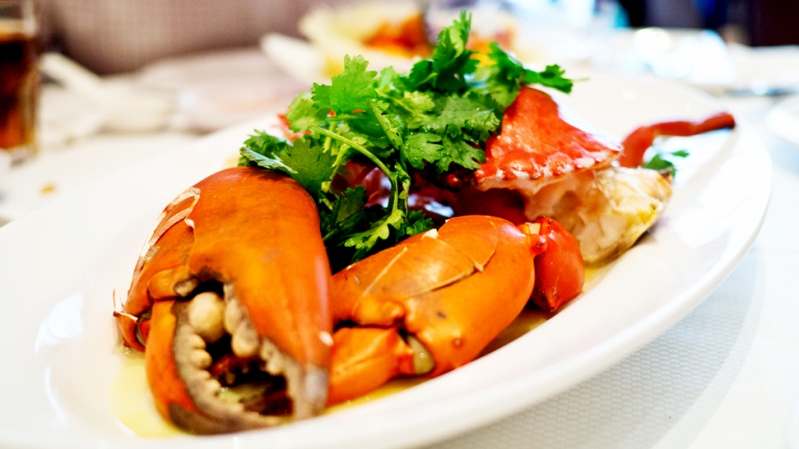 good seafood at this popular local seafood chain in the completely-and-inutterably-far national service resort and country club (otherwise the NSRCC in our acronym-loving-and-definition-forgetting country).

first, this place is crazy far – we’re talking possibly the furthest inhabited point of our island (maybe a slight exaggeration there, and also possibly an inane one considering the tiny-dot-status of this place we call home) but you do not want to come here without a car. taxis are far and few, people here have never seen a bus (also possibly a mistruth) – but come in, and at least you’re set for a good meal.

the quandary here for me, is if the food truly is worth the long drive. the place is really rather secluded – perhaps our men are so used to going to far-off camps during national service such that they’d place their recreational centre somewhere equally inaccessible so it feels like home – and at the end of it, this is but one outlet in the jumbo arsenal. yes, the food is really quite good – it’s probably one of the best outlets (and the least touristy – perhaps the two are correlated?), but as is, it’s not that mind-blowing. plus options abound for good seafood in singapore – big eater one of them – and it makes the judgment even murkier.

I will say though, that it’s proper chinese seafood cooking, service is friendly, and the place is secluded enough that you get to see wide expanse of grass (loosely sprinkled with men in hats and tapping at balls with sticks) – a good experience, just a tad far. 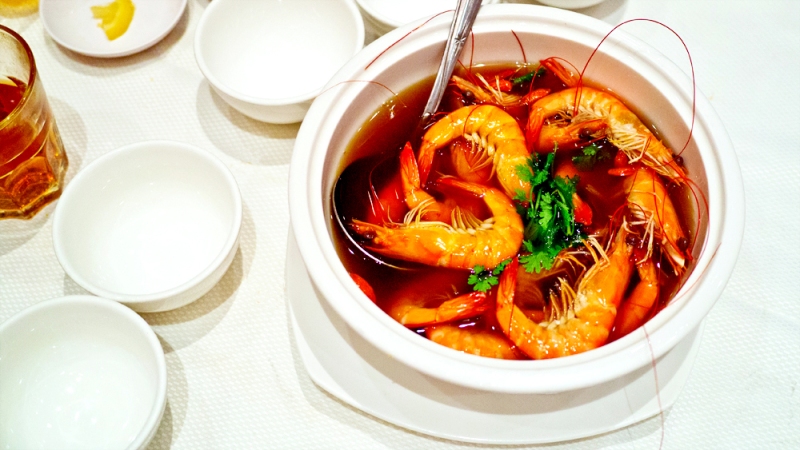 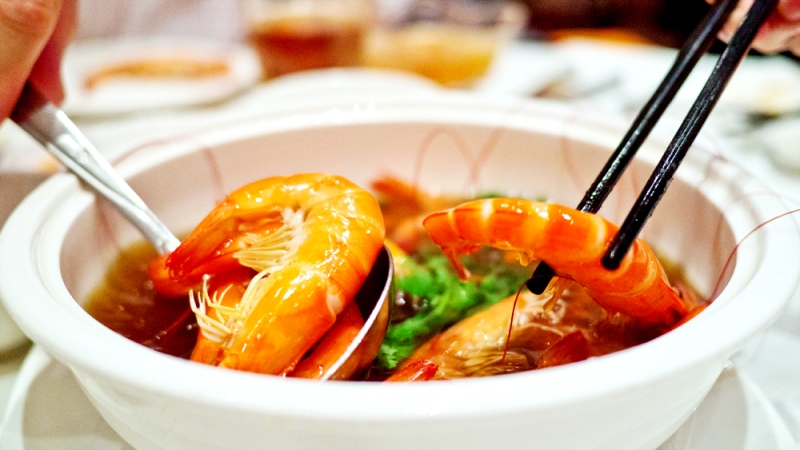 jumbo does classic singapore-chinese cooking – and that’s what you’re goinog to see here. most of the dishes were pretty expertly done – a flat pancake of cuttlefish paste fried with a fat-free layer of crispy chicken skin atop arrived with a bowl of three-egg (regular, century, salted) spinach, both good – and exactly

but I was impressed with the drunken prawns – I think we got nearly 800-900g between the five of us – which were fresh and came in a lovely soup: slightly alcoholic and very herbish. the prawns slipped off their shells easily, with that tiny bit of tail satisfyingly intact. 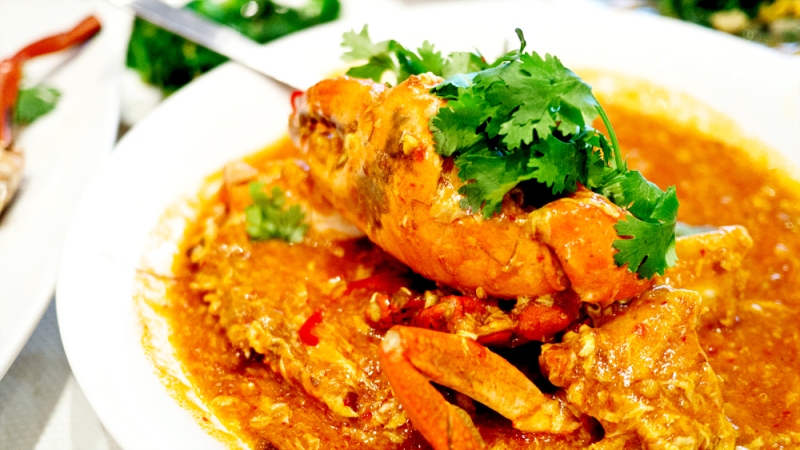 there’s a chilli-steam crab divide in my family – with both factions getting their own (my sister straddles both ends, which I think is just a nefarious way of getting the meaty claws from both sides). the steamed crab here was good – still moist and tender, with the thick-shelled meaty flesh within – and jumbo is traditionally, and justifiably, known for their chilli crab. and it’s all about the gravy, which has generous lumps of barely-cooked egg strewn between the thick gravy, with a good bit of spiciness and none of that too-sweetness that marrs inferior versions.

p.s. the crab roe is delicious mashed up with the gravy into a sort of mantou-spreadable pate.

the meal capped off with a bowl of seafood sang meen – essentially fried noodles with gravy ladled over so they absorb the moisture. the trick is for the dish to arrive hot and quick from the kitchen, so you can catch it at that point where it’s both al-dente and slightly crispy. they were generous with the seafood here – but those too-bouncy prawns seemed like they’d a bath in some alkali water (not a bad thing necessarily, unless you’re obsessively bothered by it).

there were bowls of dessert too – but those run the rather typical gamut of mango-pomelo ices and mango pudding – not nearly as interesting as their cooked dishes (for me at least).

there isn’t much else to expound on – which speaks both about the standards we expect from jumbo (decent to high), and their cooks’ abilities to live up to that (pretty well – all those dishes were representative of their class). it’s likely for you to decide if it’s worth heading in – but for a good family meal in a jumbo restaurant that is buzzily busy but not cramped-tight the way their other outlets are, this place will do good.

p.s. my aunt says there is fantastic dimsum here – and she’s likely right, if that photo she sent of their salted egg custard bun is anything to go by. let me know if you’ve tried it?