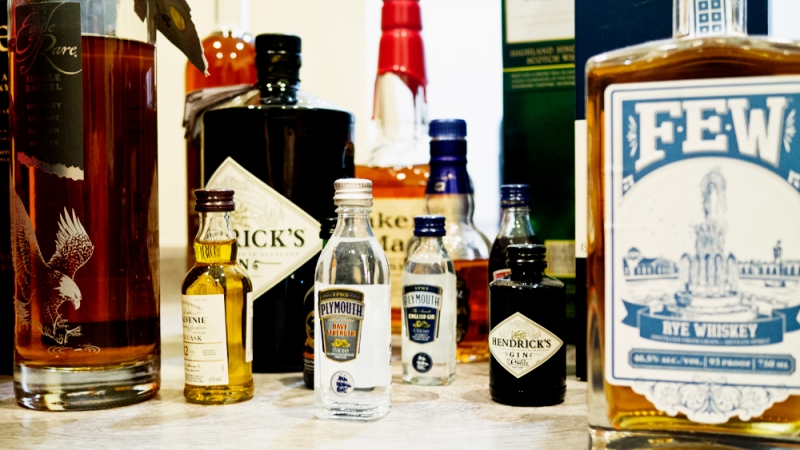 I’m pretty sure it’s obvious by now that I’m not quite a drinker – not at all, in fact. but I had the opportunity to shoot a friend’s collection – not literally, of course – and boy, those bottles sure are beaut.

my appreciation for their exteriors far outweigh the liquid within – so I bring you a guest post of sorts – an exposition on these bottles from their very owner (which also means I take no blame for the content – all the credit does belong to me though, so keep that coming). 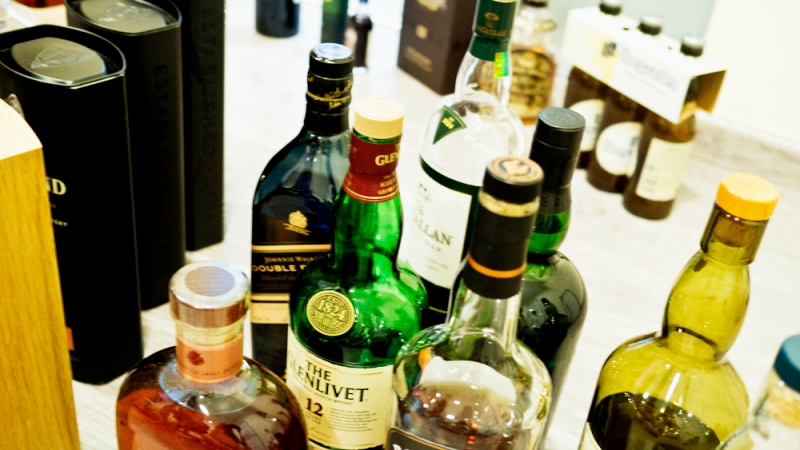 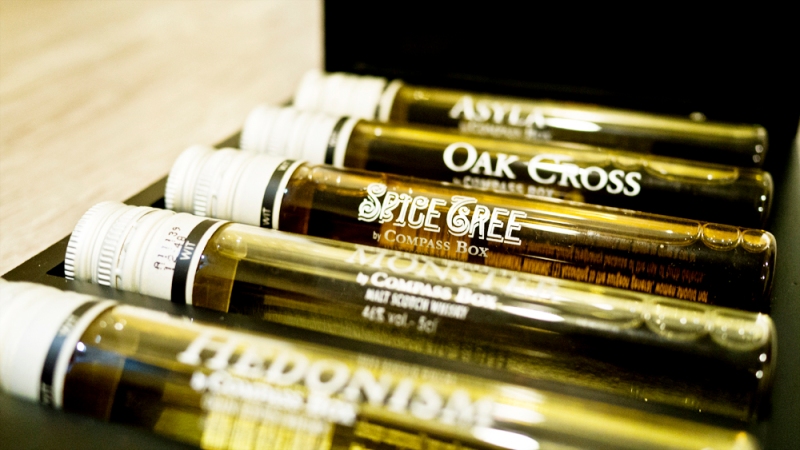 a five tube sampling set from the compass box whiskey company – very cool: they aren’t a distillery, but instead buy rare/hard-to-find whiskies and blend them in special barrels.

it’s rather like tackling the craft on a different level by blending single malts creatively rather than going the long route of distilling from scratch. 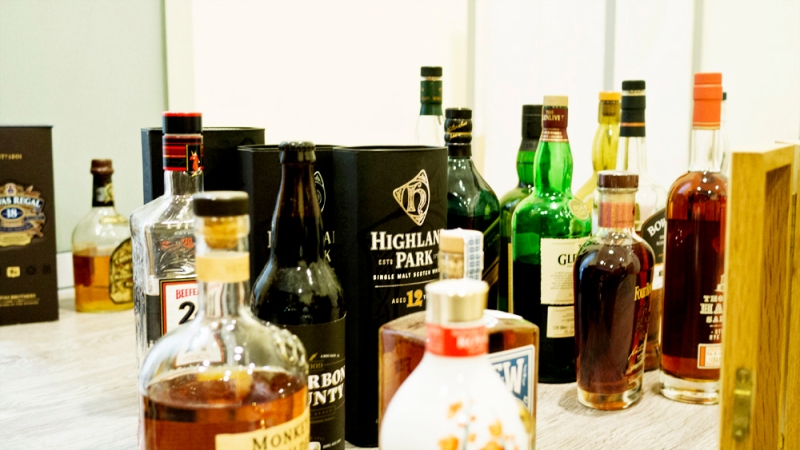 highland park is an out-of-the-world distillery, probably my favorite scotch brand – everything is spot on. they’re balanced, lightly peated and sweet with heather, which has something to do with the peat they burn on orkney island to smoke the malt. 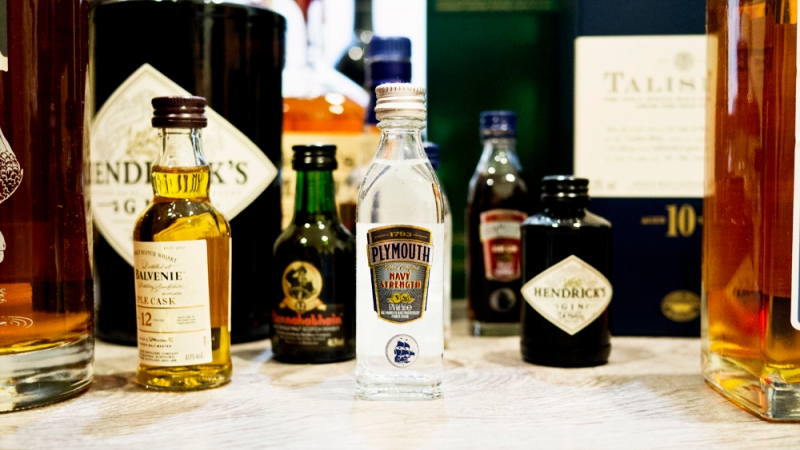 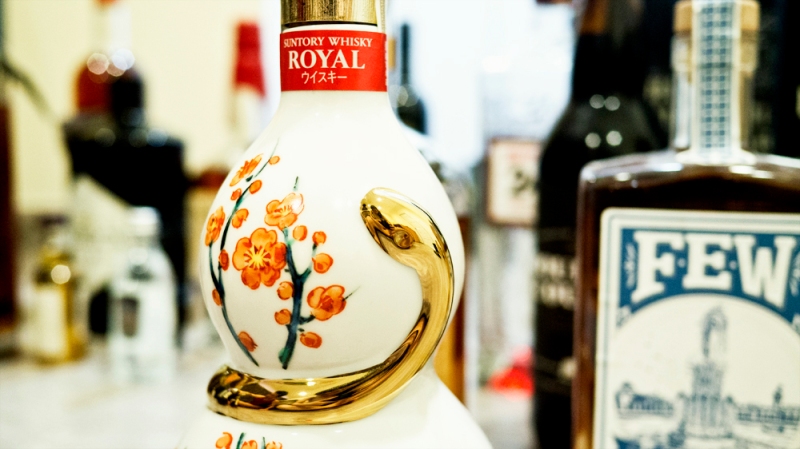 suntory whisky is a japanese blended whiskey, which I bought more for the bottle (sonya insert: I finally know what he’s talking about) a special lunar new year release to commemorate the year of the snake, this ceramic gourd is wrapped around with a golden snake and flowers rather intricately.

this bottle is absolutely gorgeous. 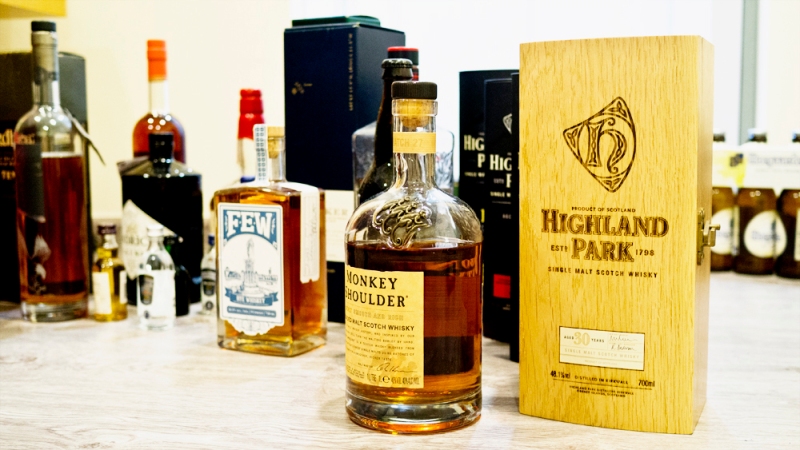 few spirits is a start-up distillery based in evanston, illinois, and they specialize in craft spirits. I worked with them as a production intern for about six months: filling virgin oak barrels with bourbon or rye, proofing fresh spirits off the stills, cooking grain in the mash tun, transferring wort to the still, and distilling awesome gin and whiskey in the copper still.

they do grain-to-glass, so everything is small-batched hand-crafted onsite: whiskey (in this case rye – spicy and woody) is filled into virgin oak barrels and left to age. the expansion and contraction of wood due to temperature changes forces the whiskey in and out of the wood inside the barrels, giving it character, taste, nose and colour. 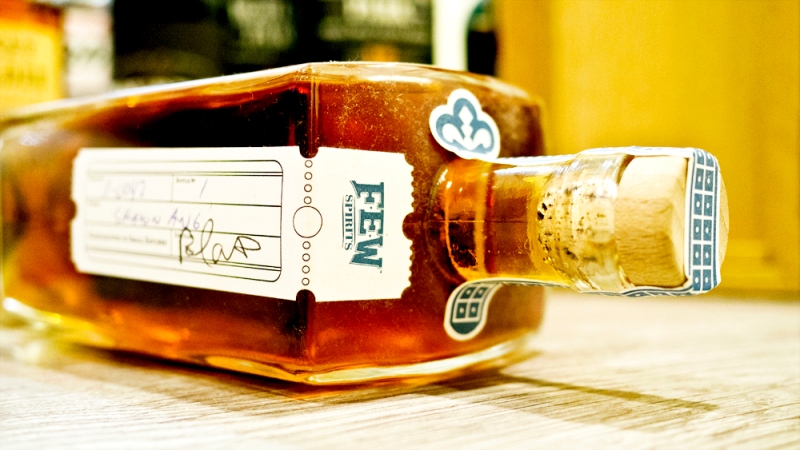 on maturation, the whiskey is harvested and bottled – this is one, and bottle number one, of thirty signed with my name from my first day of work.

p.s. you guys – regular programming up ahead. I thought this was too nice a set of photos to pass up!

3 thoughts on “a whiskey collection”