I have to say, I was all prepared to give this place a rather meh sort of review and leave it at that, but bernie-the-hungry-bunny has just given it a thumbs up (after a first thumbs-down review), and so I’m willing to give it a more forgiving second-verdict-pending prognosis for now.

I don’t get the reputation this place has as a brunch powerhouse – but in hindsight, it’s probably got to do with the dearth of brunch places in the dhoby ghaut area (blackbird excepting). it’s a pretty corner in the quiet park mall, with a large al fresco area spreading out from a smaller air-conditioned air-conditioned space. 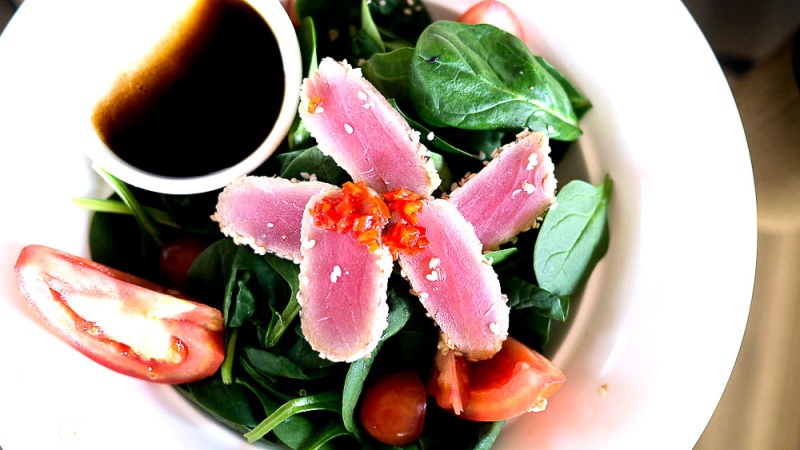 because I’m going to give this place the benefit of the doubt, I’m going to be objectively descriptive: 1. the cereal was post-cereal quality, served with a yoplait-style vanilla yogurt and milk, 2. the tuna salad was a sad dish of plain from-the-bag baby spinach leaves topped with a couple of seared tuna slices – the fish was unappetisingly cold in the centre, and the sesame-oil-heavy dressing is a pre-made from the bottle formulation (which I found out when I asked for just soy sauce to temper the powerful slick of sesame – and they didn’t have it), and 3. the bolognese was probably the best dish (and the one with the most cooking), and averaged out at decent.

I’ve asked around, and its biggest draw appears to be its reliability – in the sense of accessibility more than gourmet quality. it’s not a bad virtue for a restaurant to have, actually, in this day and age – so I leave you to try it out and let me know if it’s worth a second chance.