so, I don’t like ice cream. I’m a cake kind of girl, a dense chocolatey block of something-or-another over a melting scoop of iced something any day please, thank you. but I’m discussing semantics here – where ice cream is that too-ephemeral dessert that melts quickly and leaves nothing behind but the sad tightening of trousers and quite a lot of guilt for very little pleasure.

gelato, however, I can get behind. in the hands of an expert, it churns out thick, dense and with deeper flavors and a full mouthfeel, and stays both colder and smoother than its quick-melting, icy cousin.

we’ve seen a slew of one-off, hipsteresque ice-cream places open up – but good gelato isn’t easy to find. enter azzura then, with its mix of traditional flavors and modern iced confections – and I might have just found my new favorite. 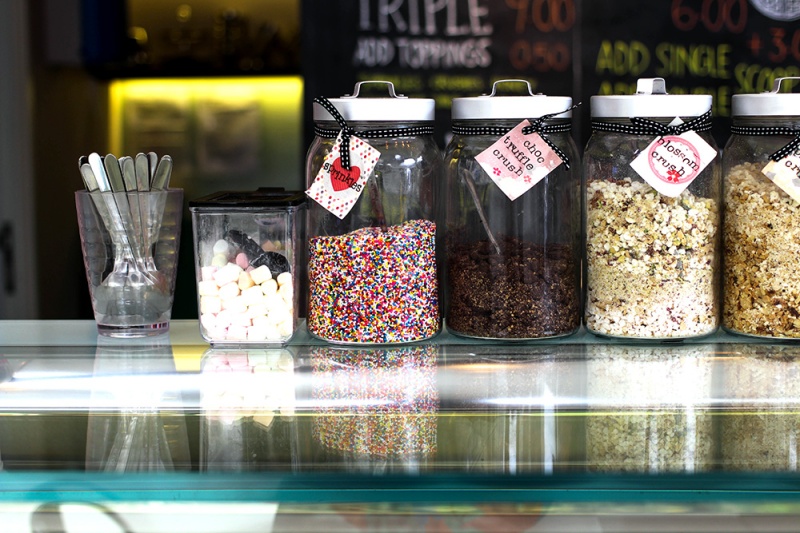 azzura’s a family-run australian company churning out tubs of creamy gelato full of that amazing australian butterfat, and this is their first out-country outpost – a charming, brightly-decorated gelato bar at the back of the new katong v shopping mall. the colours remind me of prestat chocolate (it’s got the same bright fuchsias and paisley), and the space is bright and lovely with natural daylight – which very prettily illuminates both the gelato counter and their section on the side selling childrens’ toys.

the counter’s divided into two – trays of colorful gelato on one side, and the other filled with all manner of intriguing desserts.

this beautiful peach arrived, a really gorgeous specimen of peach gelato encased in spray-painted white chocolate (how awesome is food tech these days, eh?) – with a surprise pit inside (really a ball of ferrero rocher). the peach is light and floral (and more importantly, not artificial), and the white chocolate great quality. don’t try my stunt with trying to cut the ferrero rocher, by the way – it ended up as a flying projectile and gelato on shoes.

I have to say there’s just something about subtle flavors that arrive on a slide of butterfat-aided richness – the light suggestion lingers pleasantly after the spoonful disappears.

our third confection was this bee-topped honey dessert – dark chocolate encasing honey gelato and a rather intriguing honey jam. honey can be rather one-note and too sweet, but not this one – and that soft centre of creamed honey (or at least I think it is firm, creamed honey) was full of toffee flavor. really delicious. 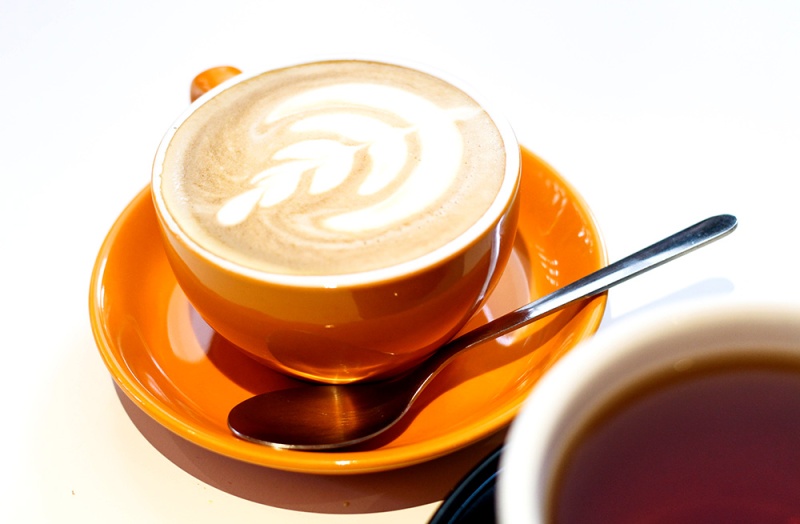 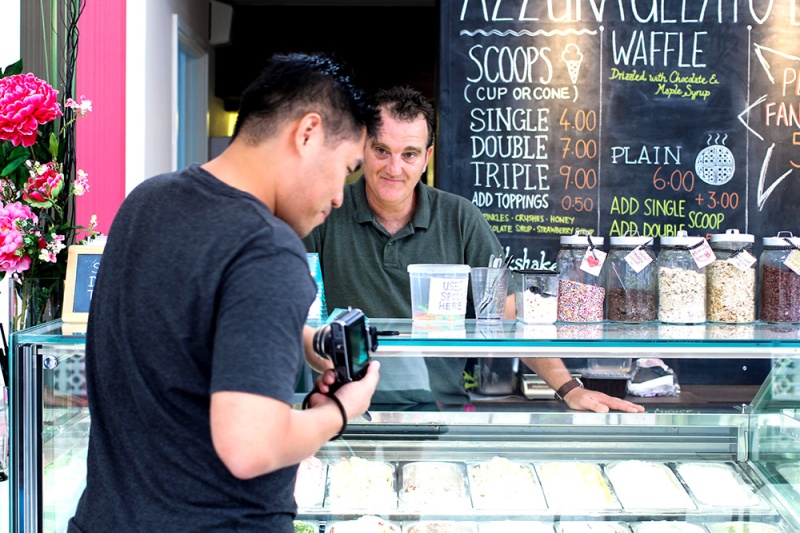 of course we couldn’t leave without dibs and dabs of almost every flavor in those trays – from the classic chocolate to more esoteric blossom nougat (a turkish delight-inspired dessert that really reminded me of bandung). my favorite was the buttered peanut – a buttery (of course), rich flavor almost akin to peanut butter out the jar (one of my favorite activities, and the reason I don’t buy it).

the product here relies a lot on the quality of their delicious, thick, fat-creamy base – it wraps around your tongue and leaves this silkiness you don’t often get with less impressive ice creams. rather appropriately, they take the path less trodden with subtler, floral notes that allow the base to shine – and which linger rather evocatively.

it’s a silence-worthy impression, that first mouthful I got. great for families, and also for dessert sit-downs. they serve up mean cups of tea and coffee, and I hear waffles are on the menu – so really, fantastic.

p.s. if you’re familiar with my writing – you’ll realise I don’t usually get into the shop owners or the history of an establishment – I often feel like it doesn’t add anything to your/ my experience of the place (and is only good enough for bluster). but marco, who runs azzura as family and gelato-developer, was lovely and so passionate about his craft; and it really shows in his product (that’s marco behind the counter, and my fellow gelato-taster tzeko up there!)

thanks to all you lovely people at azzura for the lovely gelato, you’re doing an awesome job!