if you’re already planning your friday-night or weekend spot for food, then bravo. the public holiday yesterday rendered this week rather short, and there’s no better time than hump day to start daydreaming about the soon-to-come weekend.

this is a good place to come to, with the bright colors, a well-stocked bar, chirpy service (if you get the nice caucasian lady), and flavors that are fresh and crisp. 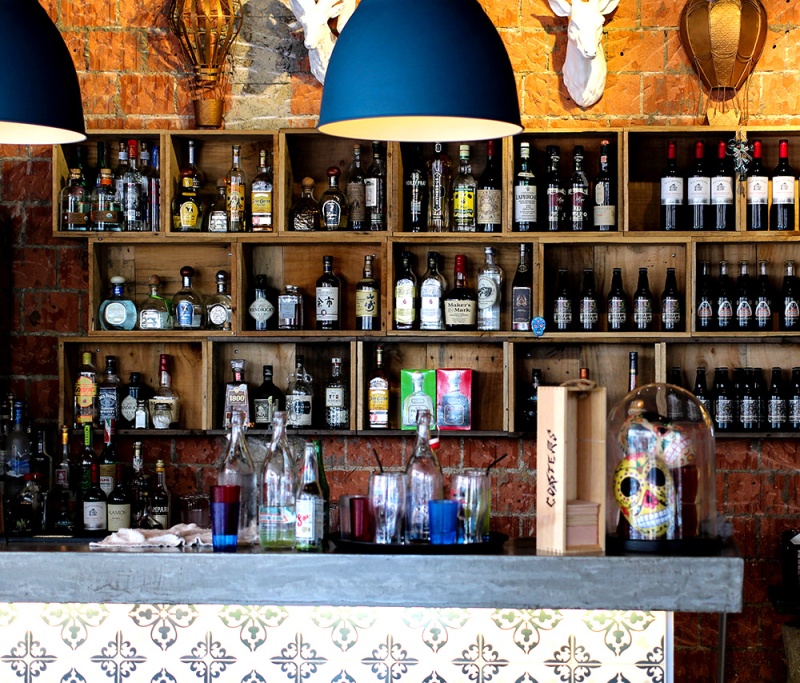 it was pure happenstance that we came to this place, famished after starting a late morning with a bit of ice cream at katong v’s azzura: it looked cool, sounded new-yorkish cool, and that beautiful interior sure is welcoming.

mexican food seems to the new in thing in singapore, with south american places popping up everywhere. it’s a cuisine that feels familiar, what with an emphasis on grains and beans (very much used in asian cuisine as well) and braised meats, but differentiated with extended use of spices, cheese, and quite a bit of crisp uncooked veg.

I’m not really one for the typical burrito or taco, which fills feels like carb wrapped with carb stuffed with carb and topped with carb (slight exaggeration, possibly) – but their meat dishes, salads, salsas and beans (especially beans) do fantastically well for me (almost akin to a mexican on the atkins). 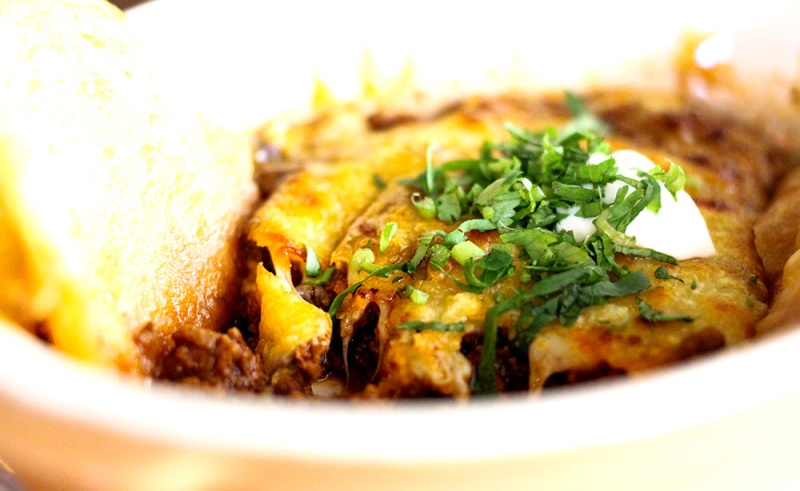 yes, I know it’s three photos of the same thing – but how delicious. chilli con carne of minced beef in a tomato sauce, baked under a deliciously layer of cheese (I like how it forms a slightly firm single layer of topping) and sided with fried tortilla triangles. rich with the beef and cheese but cut through with the tomatoes, this was pretty tasty (the tortillas were really kind of oily, but I’ve never seen a piece of fried dough/ bread that isn’t).

plus if you aren’t an asian food photographer, then you might still get the cheese all stringy and hot – which means extra deliciousness. 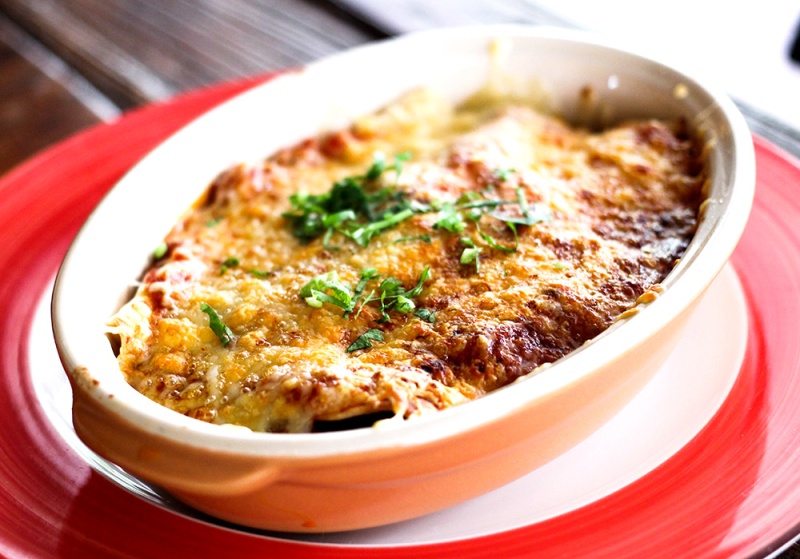 I forget what this one was, but it’s easier to say mexican lasagne. it was pasta/ tortilla layered with more meaty sauce and cheese, baked with even more cheese to a brown top and steaming middle. tasty, but really filling with all that fat and carb.

the freshest tasting dish was composed of tender, pink beef sliced atop a fresh tossed salad. the beef was well-seasoned and had a good beefy flavour, the grain of the meat gave it a satisfying chew, and well-executed pink beef is always a sight to behold. not too sinewy or fatty too, it was complemented by the fresh, crunchy salad and the sweet-sour dressing. 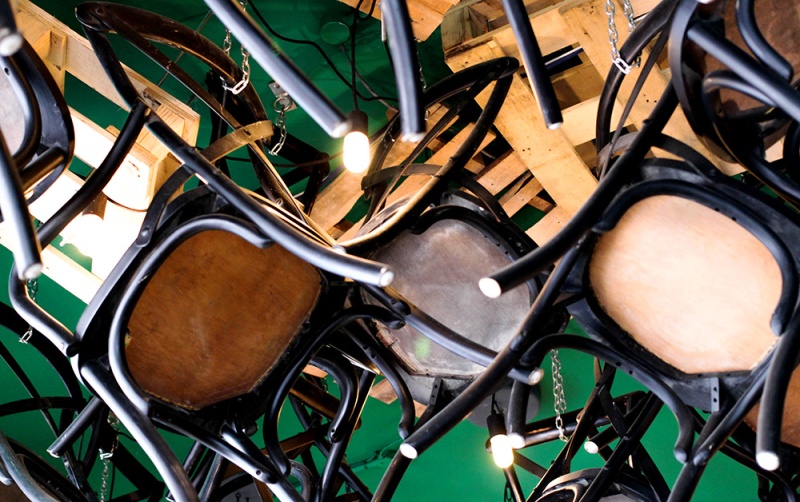 mexican food is always hearty, what with its copious use of fat and meat and grains, and we were pretty darn full here with three dishes between two. the dishes are well-priced, food comes in crazy-hand-burning casserole dishes that are almost definitely larger than recommended serving size, service is mostly friendly (except for a dude behind the bar who took over when our lovely waitress was busy), and the place is beautifully done out.

relaxing and cooling even on a hot afternoon, this place makes a respectable play for business in the already food-saturated enclave that is katong.