another conquest on my pig trotter (holy + oily = hoily?) grail across singapore, this place is touristy, kitschy, crowded, and does a decent pig trotter. it’s better than ng ah sio, probably on the same level as founder’s, and loses to the still-best eng kee (which I’ve yet to photograph) in ang mo kio. 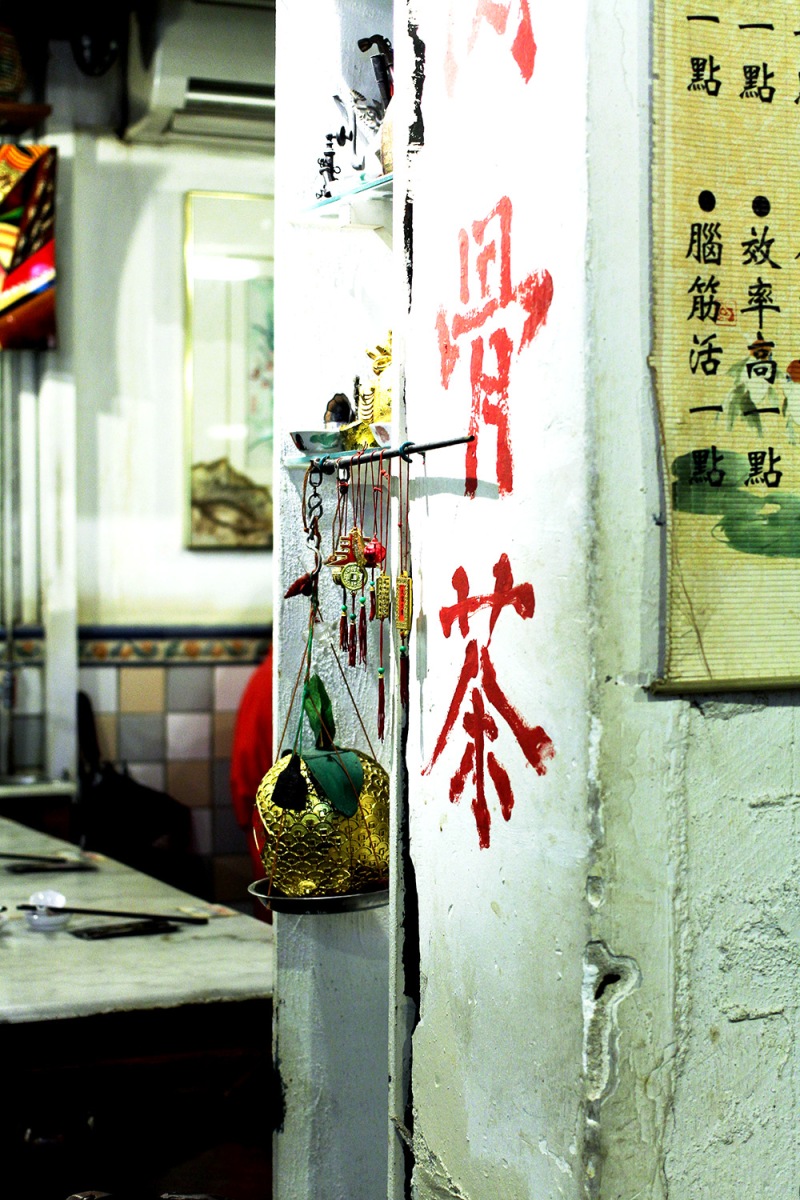 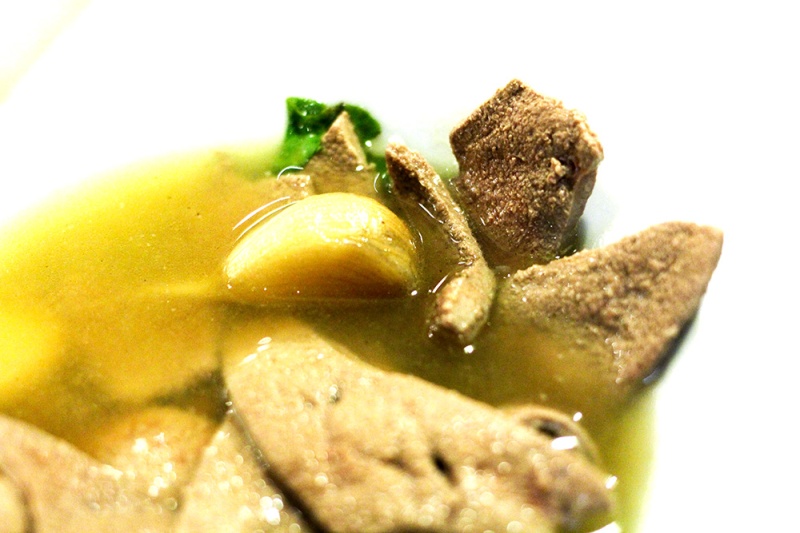 it’s probably somewhat contrary that the dish I appreciate least in a bak kut teh store is the eponymous dish itself. I grew up in a household of great, tasty soups that rely on effort (long cooking times and good ingredients) rather than cheats (like salt and MSG) – and most bak kut teh places fail this test. too salty for drinking, too fatty pork ribs with slightly dry meat (such a quirk that meat dries out upon prolonged boiling). generalities eh, okay?

this place serves up an average soup – fatty but at least with a reasonable amount of meat, salty but no immediate salt-burn, and very peppery (which is a quality I appreciate). decent flavor in the broth, though none of that natural sweetness you’d associate with good soup (a general lack suffered by many of the more commercial stalls).

they have a fair selection of veg here – mostly done up blanched and tossed with sesame oil, soy sauce and diced garlic. decently green enough for a good clean flavor to break up the pork, and not overcooked (even if a little watery).

but let’s talk about my favorite dish, the braised pork trotter. it’s a chunky dice (as opposed to the more finely-diced-and-mixed cut at ng ah sio and the whole trotter served at founder’s), with a good mix of meat and fat. I had two dishes of this – which attests to gluttony and tolerance in the face of a favorite dish to the comfortingly tender meat and decent flavor. no overtly gamey porkiness here, if you’re afraid of that, and the braise is tasty.

incidentally, while we’re talking trotter, I find I prefer the whole-bone-on portions more than the same chopped up. you get better, reasonable meat to fatty skin ratios (lesser versions always try to throw more of the latter to you to bulk up the dish), better actual pork flavor, and long tender strands of meat. have a try at the porn’s trotter, which has a slightly different flavor profile, but is pretty delicious for a commercial variant.

still haven’t found a bak kut teh to beat eng kee though.

One thought on “song fa bak kut teh, clarke quay”