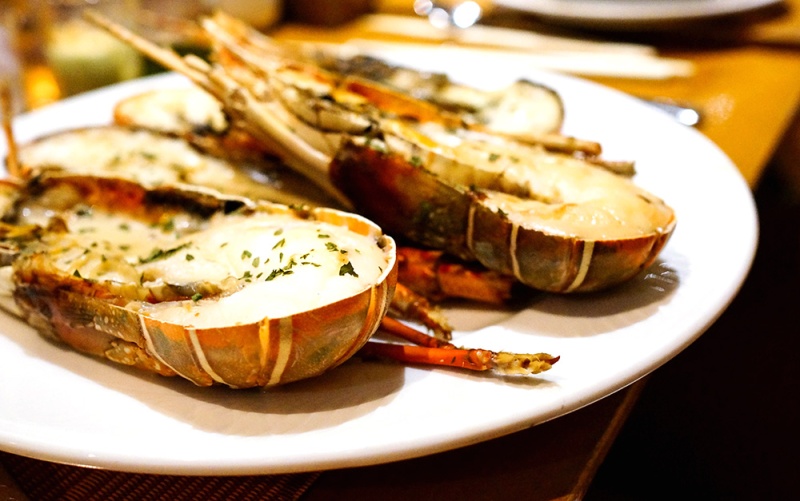 lobsters, yes. I see I’ve got your attention.

but what I mean to say is, decent buffet, alright lobsters – and we all know that as long as lobsters are adequately edible, and free-flow, you’re going to go for it. 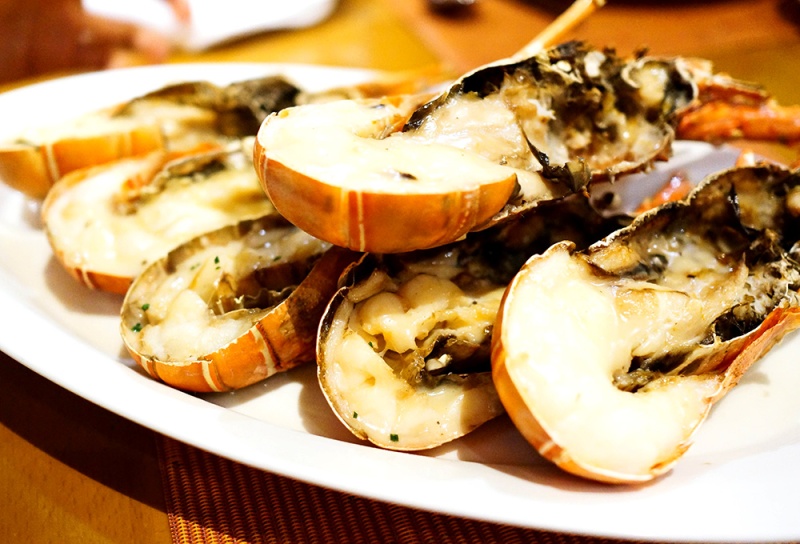 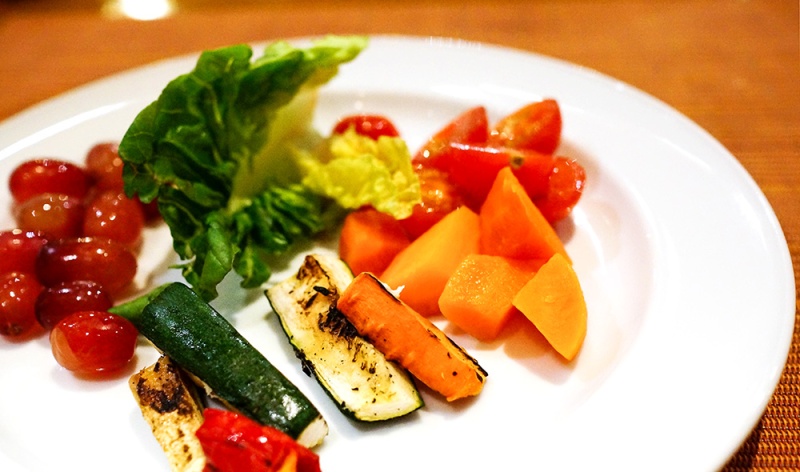 buffets are a beast to photograph, and it’s too tough to try and arrange food so it looks mildly appetising on the plate (kudos to you maestros in the kitchen!) – and really, what is there to say about a buffet? 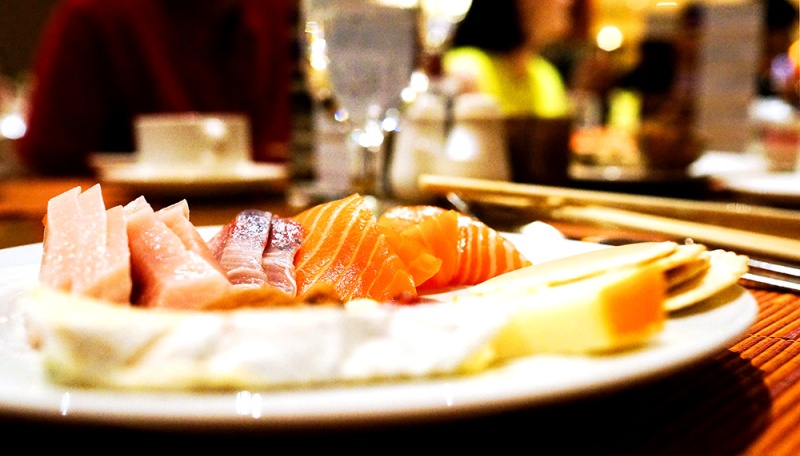 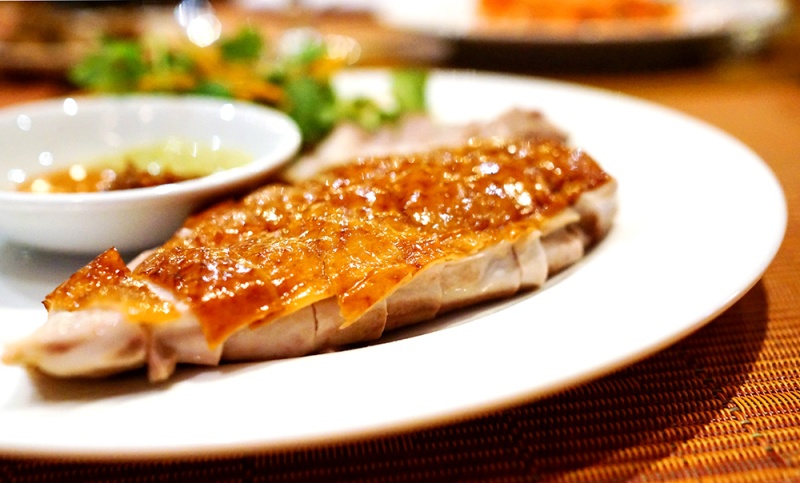 when you pay a certain price, you get a certain pedigree of buffet (especially in singapore) – and most hotel buffets run the same gamut of international food: sashimi is almost mandatory, a cold seafood section, cooked food and dessert.

over here, it’s pretty interesting in that the spread isn’t necessarily big, but there are salad counters (where you get to toss your own in gorgeously big bowls), a special-of-the-night section featuring some unique dishes (peranakan curries when we visited), a chinese roast meat section (with good roast duck and lovely charred charsiu) and a pretty large indian section (large being relative to the rather modest size of the buffet). 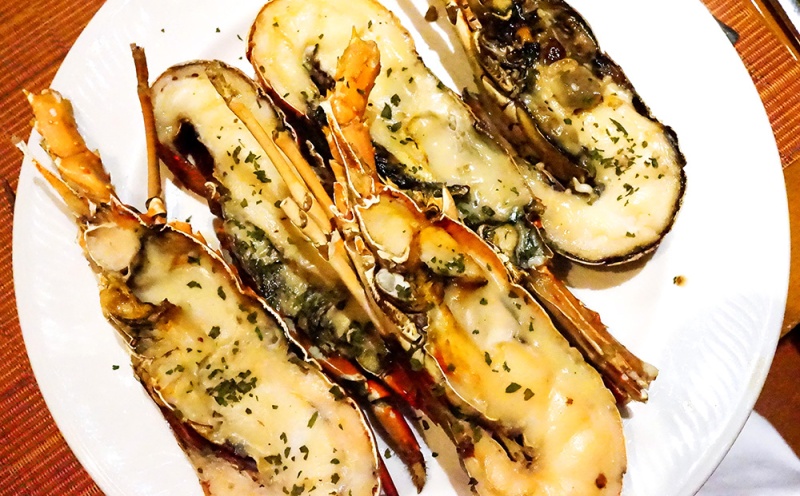 and if you pay twenty more (the auspicious 88 instead of the still-auspicious 68), you get the option of seafood – and really, I’m not quite sure what that entails as my companions kept ordering plates of lobsters.

they weren’t the best shellfish specimens, so brace yourself – I think they were a bit salty (from sitting in a brine, posssibly?) and bouncy in a not-necessarily-entirely natural manner. but – edible, still tastes like lobster – you’re still going to order it. 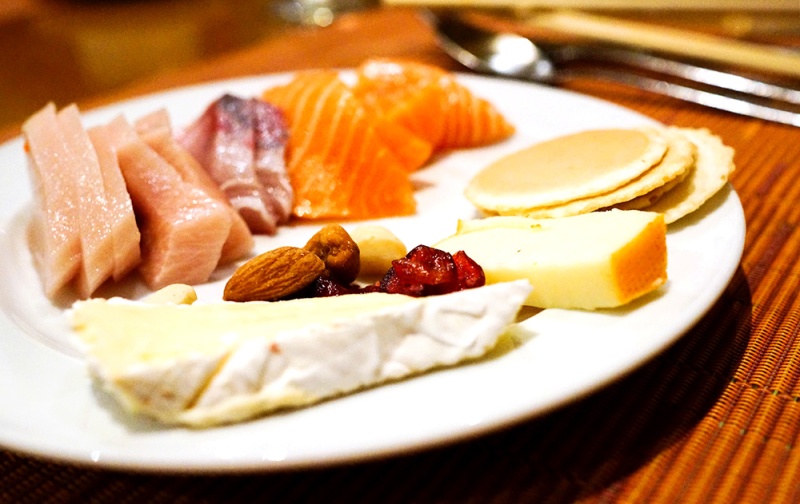 I finished with cheese and fruit – the former being more impressive than the latter, which was a measly selection (straits at the hotel rendezvous has one of the better fruit and dessert spreads, if you’re into that) – very nice.

so it’s a decent spread, it’s a competitive price, and of course the environs are pretty lovely (considering it’s the fullerton). my favorite buffet still remains melt for quality, the line as runner-up, and lime at pickering as second loser. go forth and eat!