okay-for-weekday vietnamese food at the ever-crowded nex mall in serangoon. it’s only tuesday – and it already feels like a long week – and this calls for quick, cheap food.

if you’re into that for tonight, this is an okay choice for dinner – it’s something different from the local food you’d usually have on a weekday night for not much more money, and the flavors are adequate. not quite a destination restaurant, however. 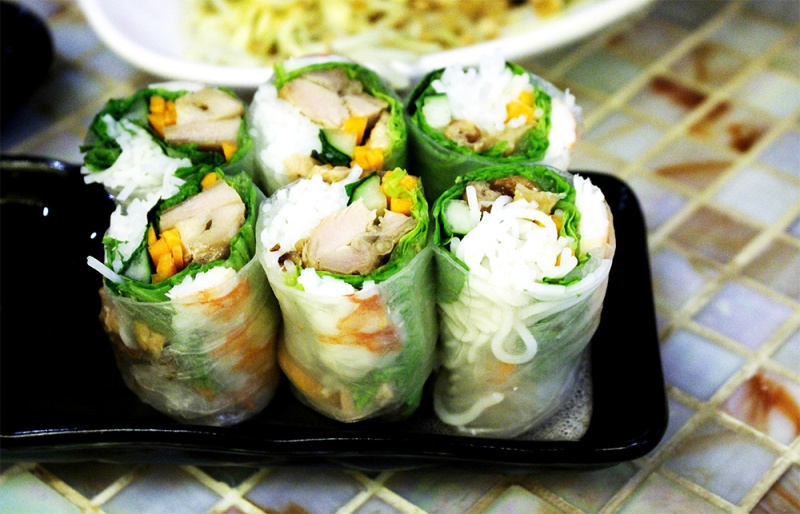 to be fair, this is rather like the vietnamese version of thai express – it’s fast (sort of, though we had rather a wait seeing as how it got pretty busy at the 1930h mark), it’s rather cheap – you don’t come here for gourmet.

mango salad is decent if veering on the sweet side with a almost-too-syrupy dressing, summer rolls are a roll-up of thick vermicelli noodles, lettuce and chicken (more than the sum of its parts really, especially with a dip into sauce), and the prawn balls on sugarcane were bouncy without being greasy.

I’d eat them again if they appeared on the table – so that says something, at least (not just a lack of discernment with fatigue overriding).

the mains I thought were rather better – and decent enough to return for. they took a little longer than the appetisers to arrive (and they also forgot one of our orders) – but a plate of stir-fried beef vermicelli was full of that smoky wok flavor and a pleasing mix of veg (rather like japchae), and the grilled chicken that came with broken rice and a sunny-side-up was certainly properly cooked. 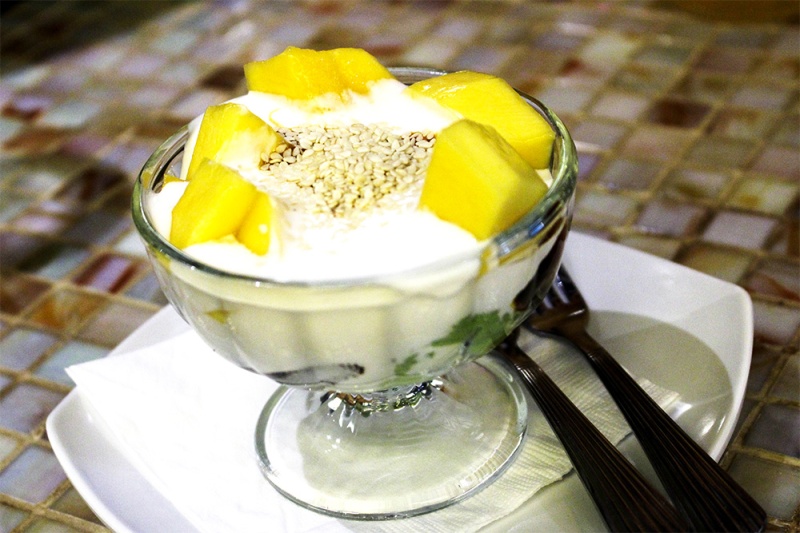 we finished with a dessert that seemed like a melange of chendol, sago (white tapioca balls), coconut cream and mango – it did ok as a something sweet.

I’m certainly all for middling establishments and chains – but this one is closer to thai express than sushi tei – so I’ll still be recommending the latter (there seems no bound to the number of times I can eat at that establishment).

4 thoughts on “so pho, serangoon nex”