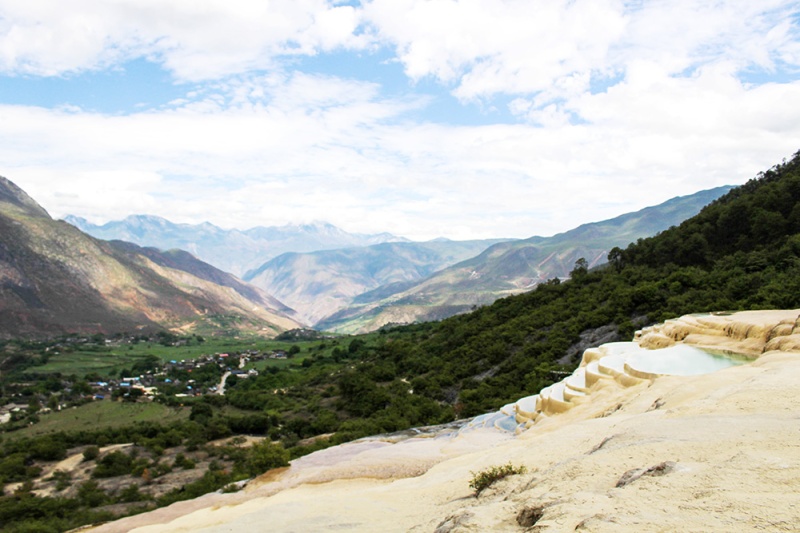 we traipse outward from lijiang towards shangri-la: and by which I don’t mean the hotel chain (if only), nor paradise. 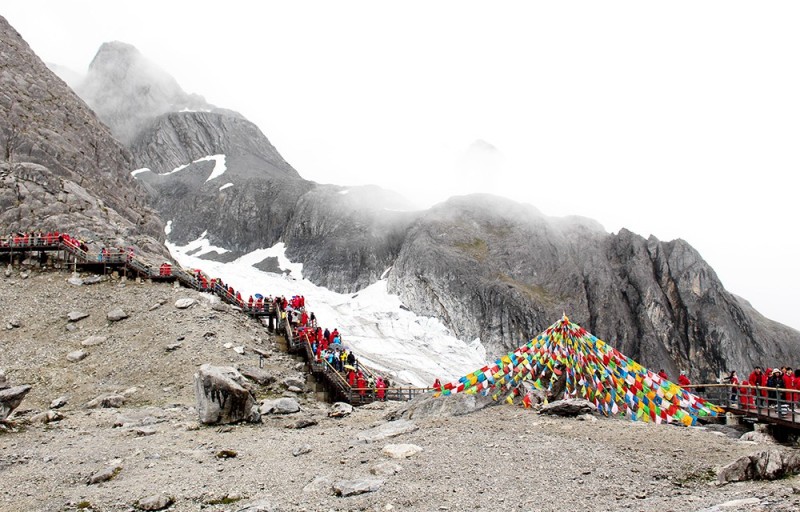 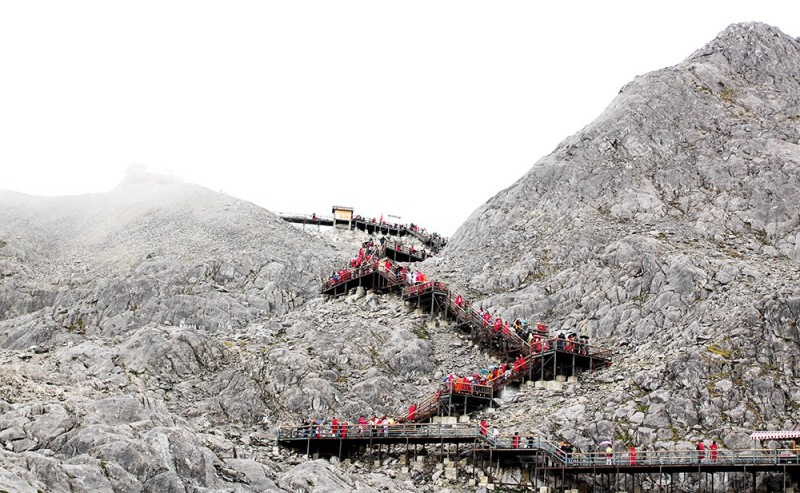 our first trip out was to the epicly-named jade dragon snow mountain, to see snow-capped, high-altitude peaks, and to breath from oxygen cans.

it was a nice-enough view when the fog cleared and you could see further than your hand, but please do get a can of oxygen for-just-in-case. I’m healthy and exercise often, and I don’t usually have altitude problems – but a breath of oxygen from the can really helped. insist on it, especially if you have old folkies with you. 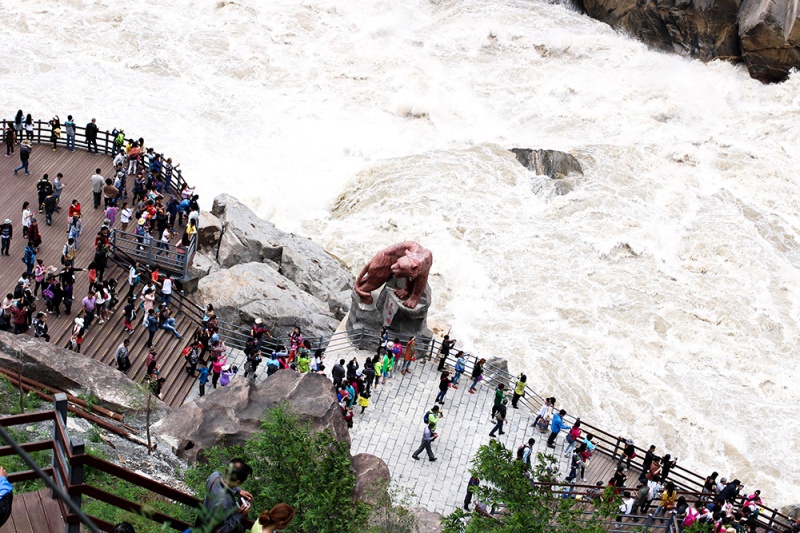 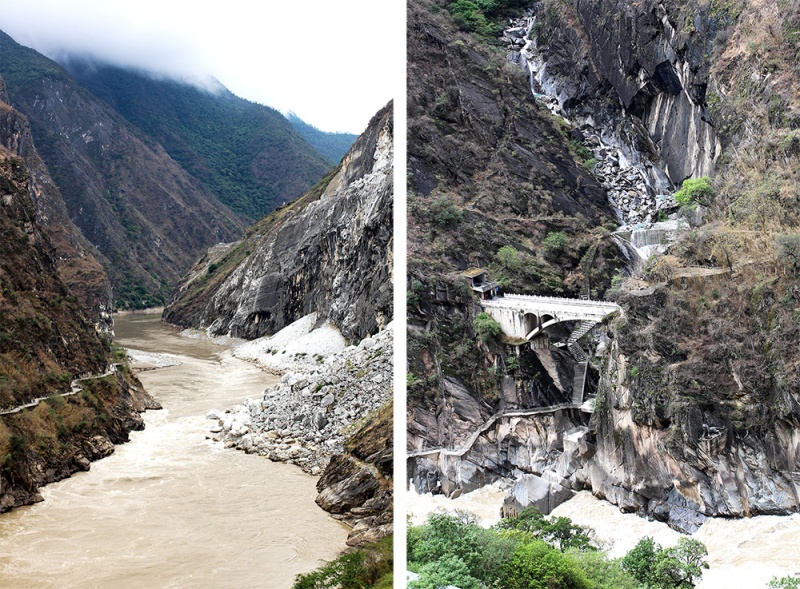 on a far side of the jade dragon snow mountain is another bombastically-named attraction: the tiger leaping gorge. it’s a scenic, pretty awe-inspiring climb down to a bridge over rushing water, with a majestic tiger overlooking the masses of tourists all clamoring for a shot. 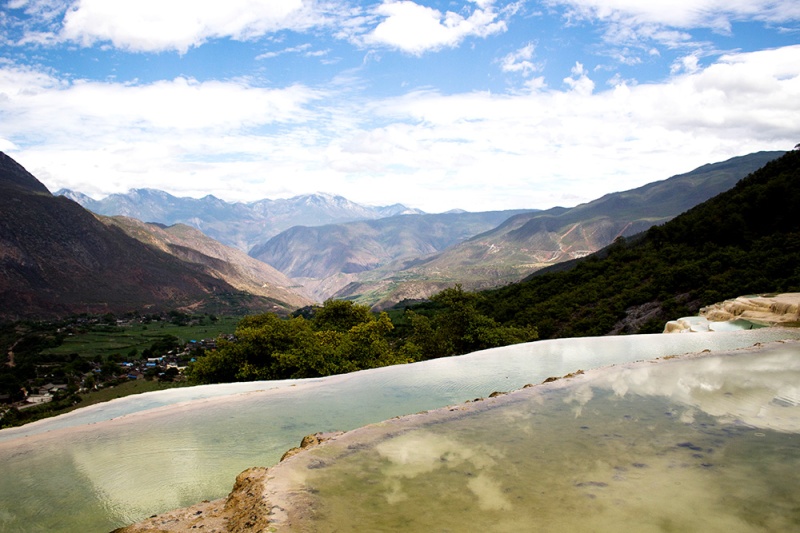 but then we travelled quite a distance away to the baishui terraces, which literally translate to white water terraces – and the scenery clear took my breath away.

note that by this time, I had ingested more than a fair bit of biscuits just to keep hunger at bay and I wasn’t in the best of moods – but there’s something about sunlight streaming through breaks in the clouds and illuminating a valley that just makes you smile.

the color of the terraces take on this faint edge of blue and turquoise that is pretty magical. 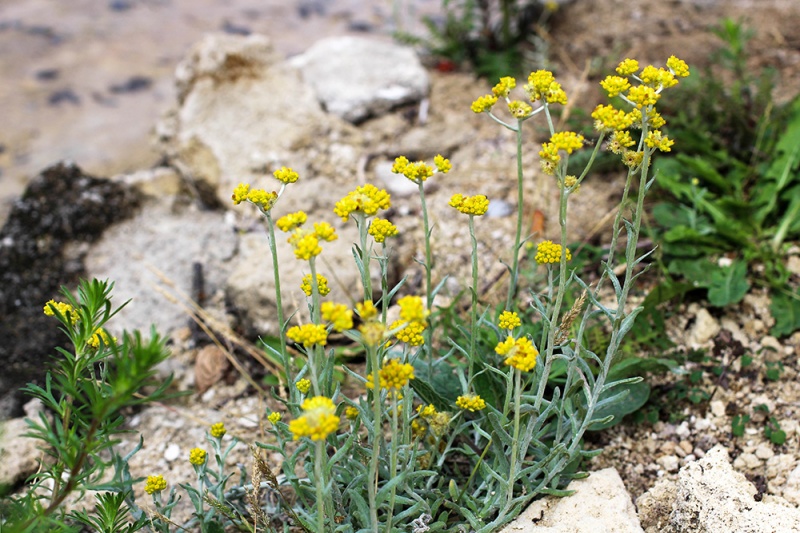 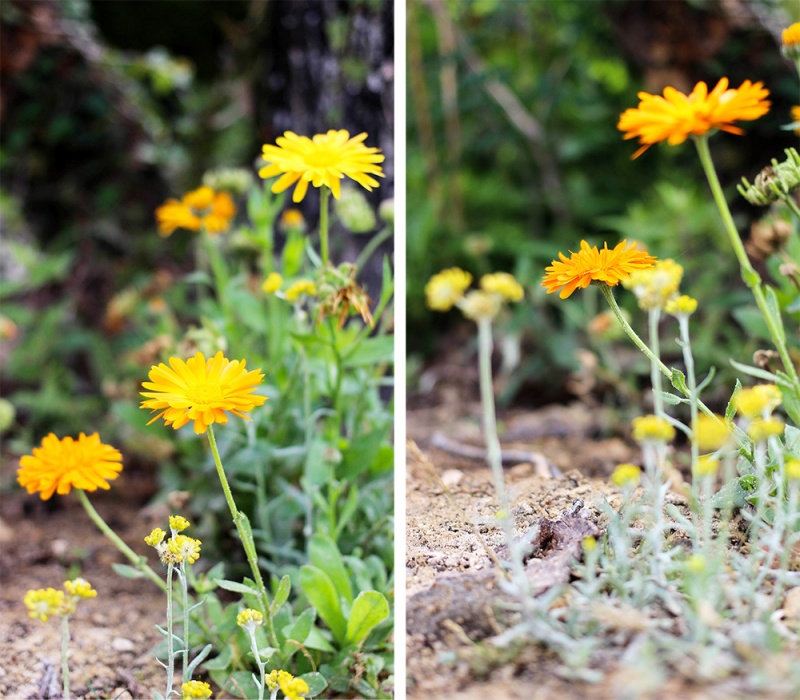 it did marr the (steep) climb up (on broken wooden steps and bit of stone and earth) that we were harrassed by the locals to pay a tax to go up, and then have them hardsell donkey rides.

I appreciate they’re trying to make a living, but we paid the tax and ignored the unscrupulous locals who insisted we needed the mares to head up. you don’t really – it’s quite climbable – and they’ll only deposit you midway anyway. 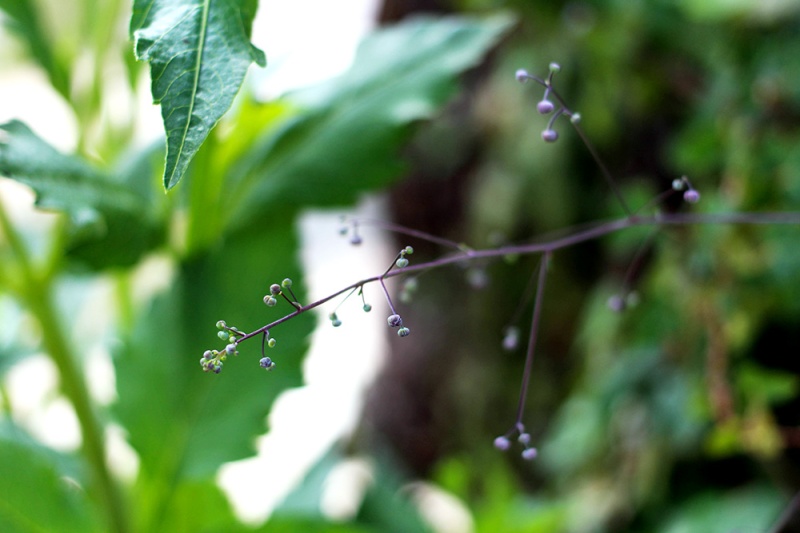 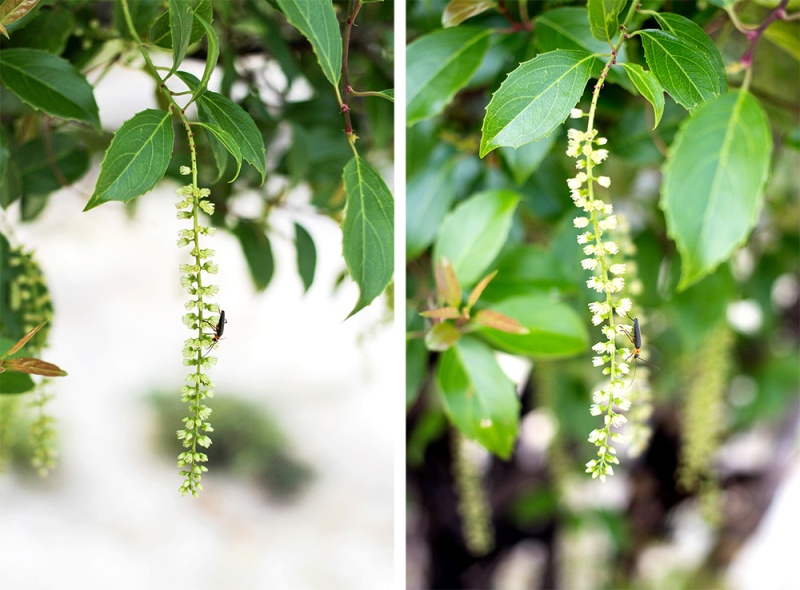 up there, it’s all quiet plants and scenic-viewing – far from the throngs of madness, as this isn’t on the regular tourist circuit. there’s a shed at the side with old men listening to music and just waiting for the day go by – and that’s pretty cool. 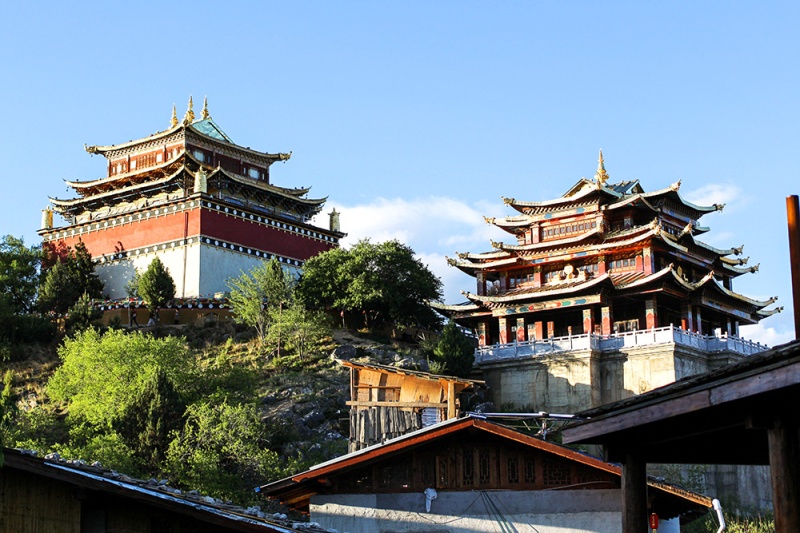 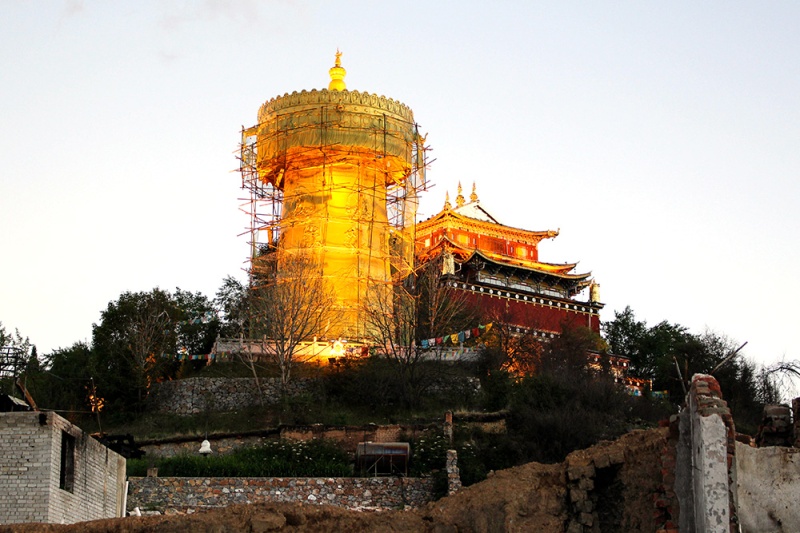 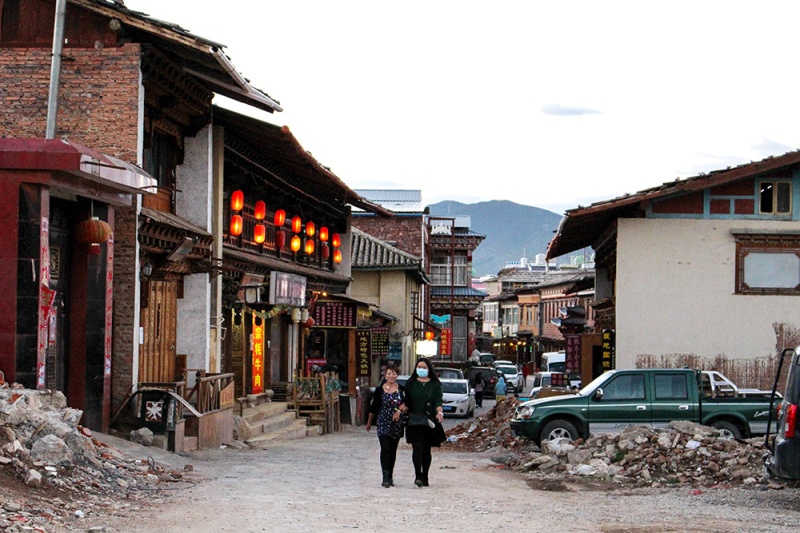 we eventually arrived at shangri-la, and I’m not sure what I was expecting exactly – but I wasn’t expecting what met us. an old, rather badly-maintained town filled with tourists buses at the entrance and ripped through with narrow alleys and badly-paved roads, it escapes both the quaintness of a rustic village and the comforts of a tourist town.

I think a lot of it has to do with a massive fire that tore through the town in january this year (2014), and blazed through the wooden houses and town shops. it’s more than a pity – it’s a terrible travesty that I’m not sure they’ll recover easily from. 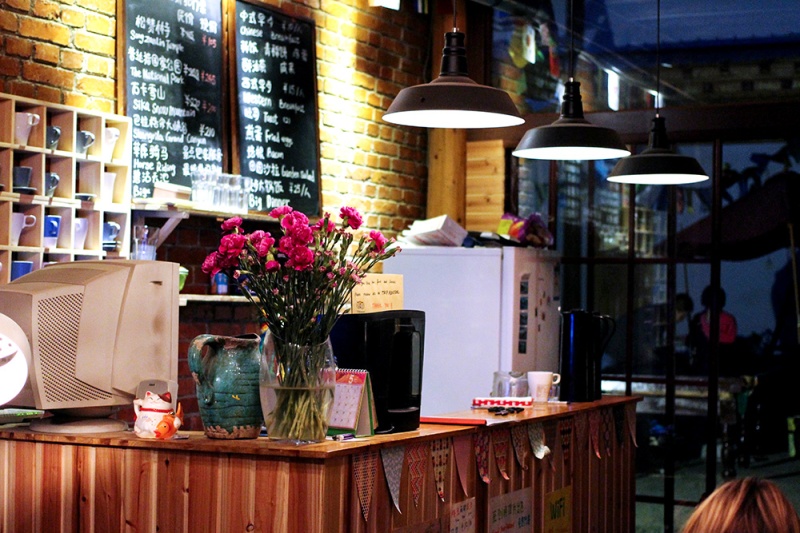 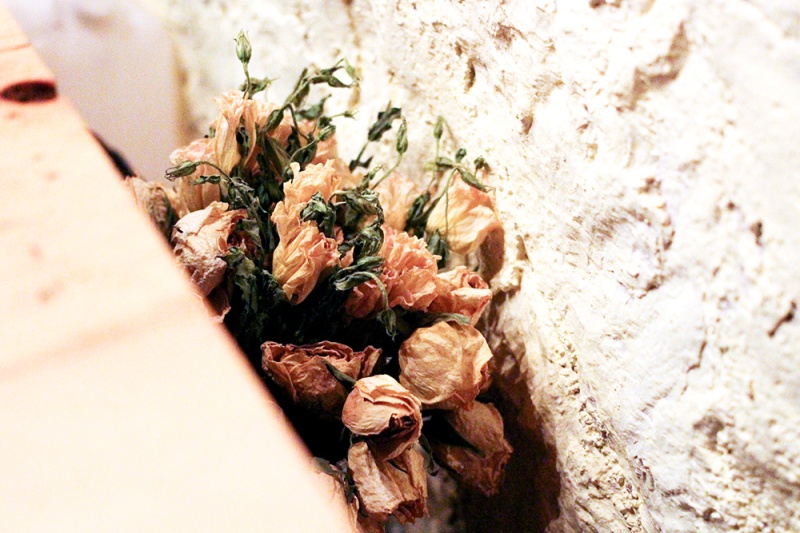 it was late when we arrived, and the lack of street lights (lack of design or due to the fire, I’m not sure) made it clear we were to do dinner and tuck ourselves in.

after a long search – we settled on N’s kitchen, which appeared to be the same conclusion many tourists came to. 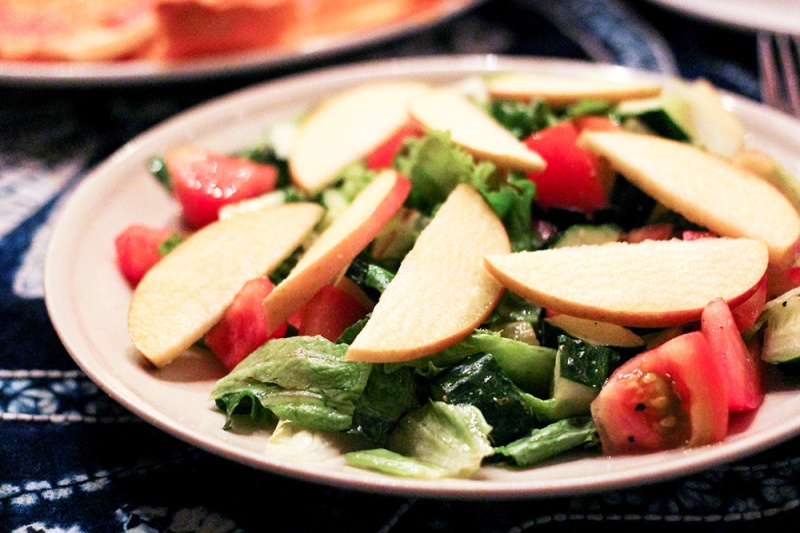 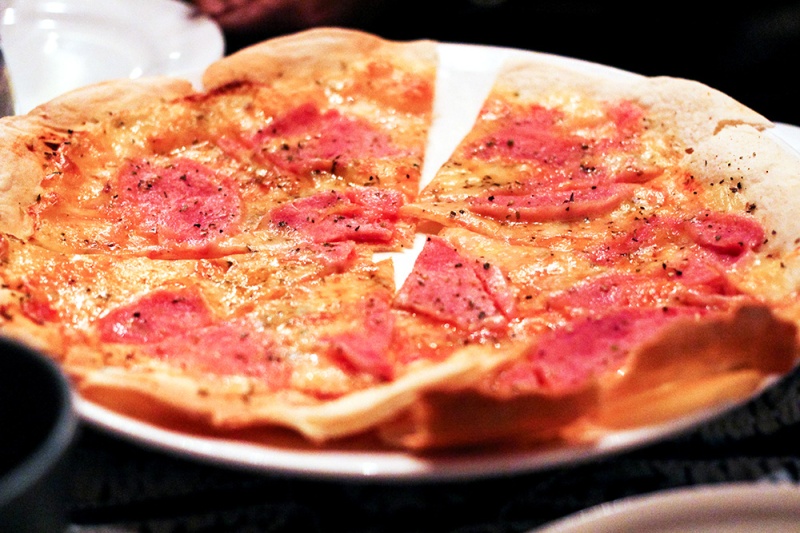 it was a mix of recognisably-american-style food, with pizzas, salads, sandwiches and burgers on the menu – and it was pretty alright, even if the wait was a tad long. 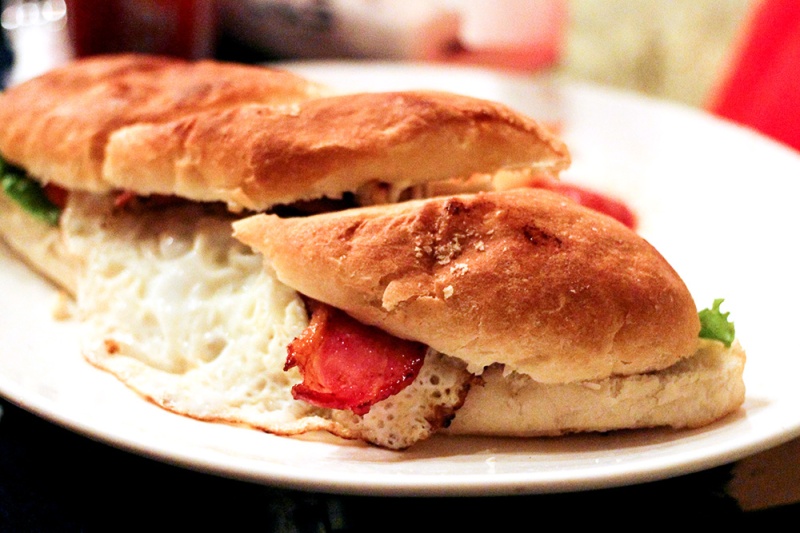 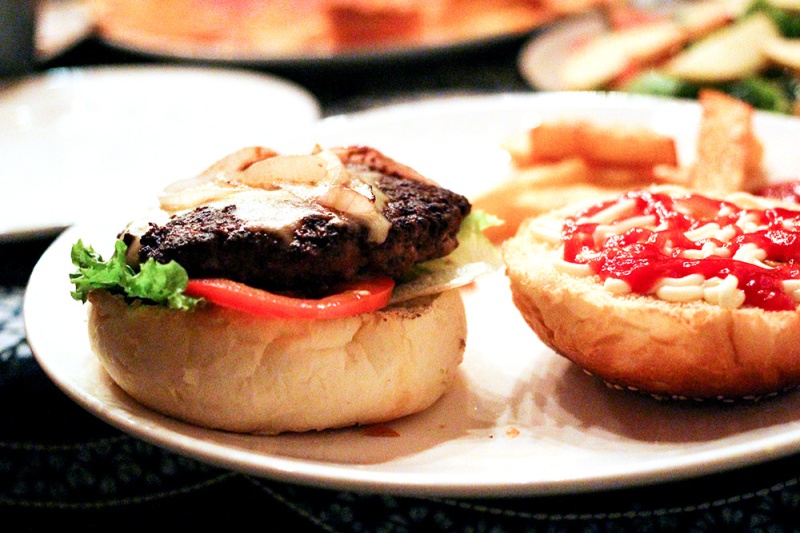 my sister plucked up her gumption to try the yak burger – and I’m relieved gratified to report that yak tastes better than it smells (which is of wet fur and dirty barnyards) – it’s flavored rather like liver-tasting beef.

it was edible, it was sustenance, but nothing more. at this time though, I was just relieved to have had sometime recognisable to eat.

(even writing this makes me feel a little depressed again at the food.)

more in this series of series-es:

p.s. I’ll be adding details to the trip posts as I remember them – so check back if you’re planning your own!

5 thoughts on “lijiang to shangri-la, china”