let’s get it out there – I’m pretty much a pleb when it comes to alcohol. I know what I like – bubbles in champagne, the sugar in muscato, the indulgence of sweet liqueurs, and occasionally, the dryness of a white. it’s pretty obvious I drink rather stereotypically like a female (hey – nothing wrong with that), and I can’t talk provenance or evolution or authenticity or profile with any sort of authority – so I don’t try.

when the opportunity to learn a bit about sake tasting came up – I was apprehensive but pleased. I like the drink (it’s just about sweet enough for my palate), it hasn’t got that whole condescending patronizing scene about it – and really, there’s something gorgeously reverrent about clear sake being poured into a cup. 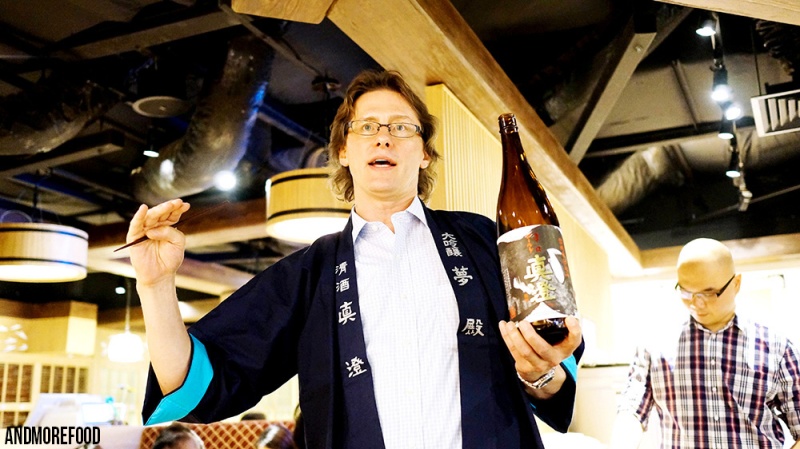 I’m pretty sure though, that for every one of you reading this that can talk to me of oak notes and the pedigree of the water – there is another one (like me, ahem) rolling your eyes at how bombastic and uppity drinking culture can be. and it is – let’s not be mistaken. the drinking culture is much like hipster culture – connoisseurs like to speak of locality and authenticity and all these terms only the in-the-knows would know, and hey – where do you think baristas got their pompousness from? (answer: many, many sommeliers).

at the sake tasting though, things were kept light and easy, with a flow of japanese dishes alongside our four sakes from the miyasaka brewing company. the history’s all on the website, if you’re into that, but suffice to say that it’s a four-century-old brewery that churns out what’s supposedly premium sake from their local water spring. 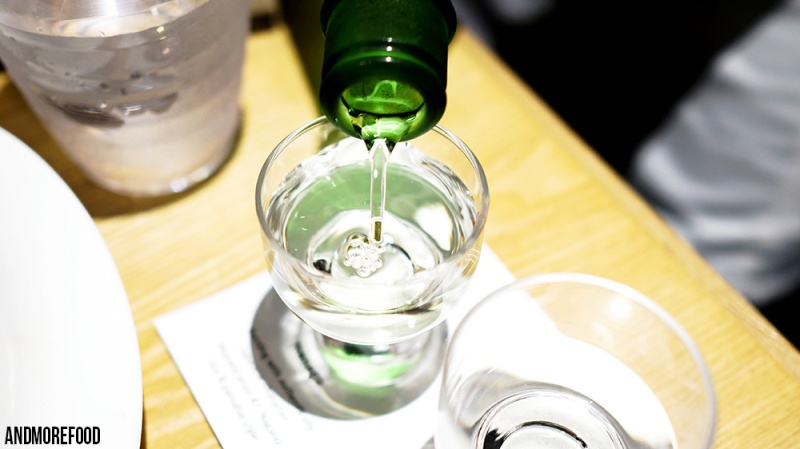 keith norum, a displaced californian who’s lived long enough in japan to speak with the intonation and sentence breaks of a japanese, walked us through the four filtered brews (in order of my preference):

we had started off with the sanka, which was pretty amazing – it was everything I liked in a drink: sweetness (though very mild here), a full body that lingers, and a sort of easy drinkability that made it feel like interesting water (just that it was 16% proof, which you could not tell at all). so this – was pretty much perfect.

with the other three, the full-body characteristic drops, the sweetness too – and the feeling of it being an alcoholic drink (so to speak) increases. the karakuchi gold is pretty much meant to be standard-going sake, and you can see why – it seems suited to the raucous sort of drinking many japanese indulge in to ease the pain of the weekday. that blatant alcoholic nature also aids casual imbibing, whilst the sanka deserves a quieter, slower-paced meal for savoring. 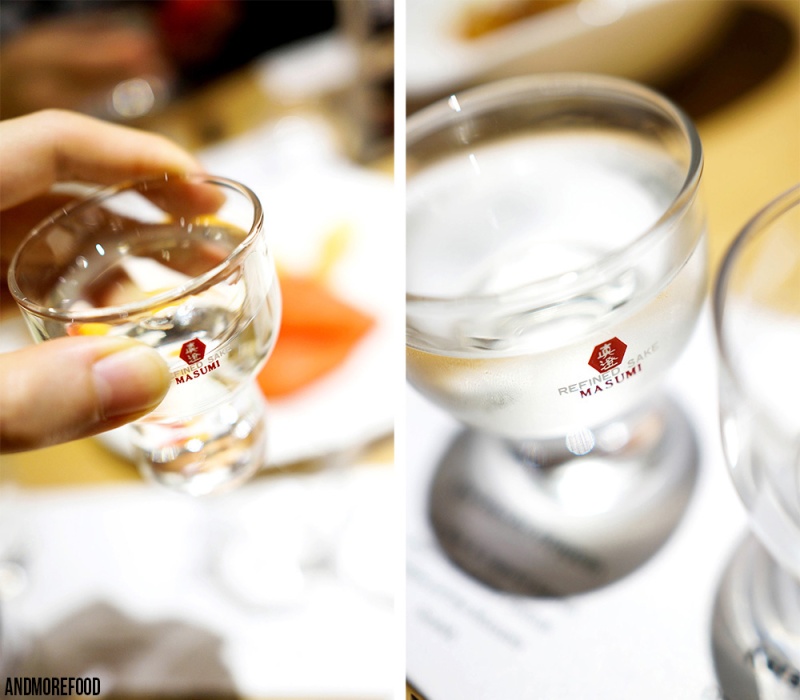 what I’ve gathered though, is that sake goes very well with food – a little casual like beer, in that way (though I fancy this a little more sophisticated in flavor), and very easily matchable. not quite sure with desserts though, as the mild sweetness of the drink gets muted to when faced with too-sweet patisserie.

it was a good session – I think learning what you like benefits from comparisons (if you have no inclination of your preferences), and there was none of that judgment you sometimes feel when pondering too-long over an extensive drinks menu.

it was also terribly good sake.

thanks to lester and masumi (and the kensai kitchen) for the lovely invite – I had a great time!