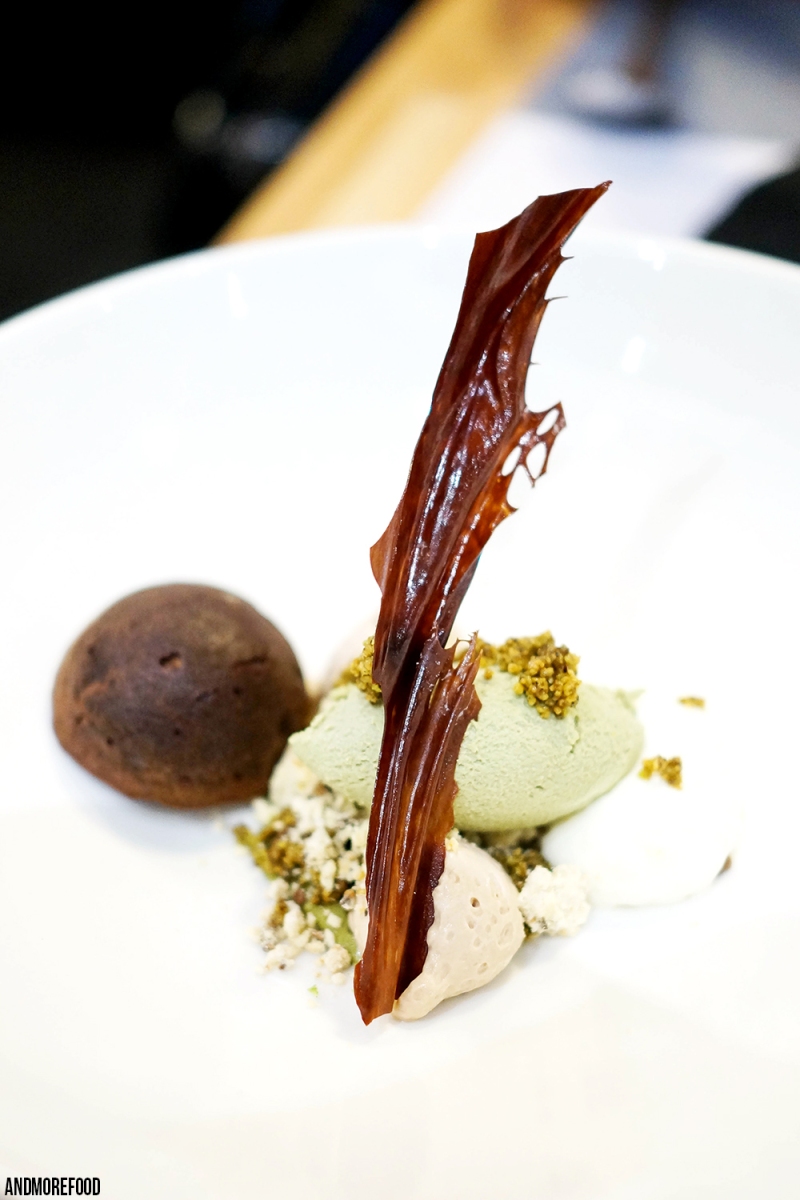 I’ll start off with the best photo in this series, to make a point – it all looks gorgeous here, but I feel like the flavor fell short of expectation (both from reviews and looks).

this is the upmarket version of the much-lauded saveur restaurant in bugis, which is known for low-priced french cuisine – I didn’t like that one either, and this place strikes me the same way: the prices are low for a reason.

I don’t doubt there’s a strong selling point in making what is a typically expensive cuisine more accessible for the masses, and the food isn’t so subpar that you wouldn’t eat it – but I do think the prices are low because the portions are small, and the flavors are muted just because there doesn’t seem to be much in there to provide that flavor you’d expect.

so, not bad, but I feel like the hype can be attributed to the lower prices more than the food – and if you aren’t restrained by budget so much, I would recommend going somewhere else. 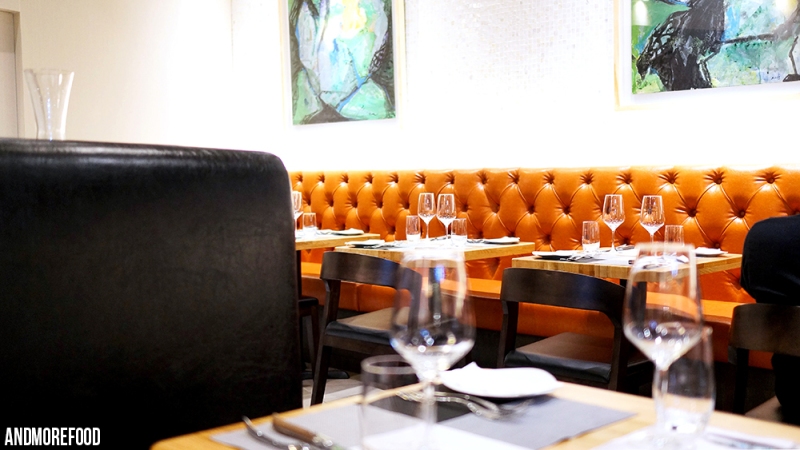 now, I like a good deal as much as the next person – but I would rather spend more for quality food, than less for something not-as-great, when there are plenty of good choices around for whatever budget.

so although I seem to have given you the punchline before the story, let’s talk about the food: I iterate that it’s alright, and shows quite a lot of potential – I just wish more of that potential was fulfilled.

we decided on the three-course lunch set, which started with a light, creamy amuse-bouche of soup in delicate little glasses, and was followed by a pour-at-table veloute of pumpkin and an undeniably delicious slow-cooked egg with truffle.

the first dish was decently flavored, but the second was undeniably delicious, with the elusive truffle perfuming the soft, oozy egg, and tempered by the almost-overcharred macadamia nuts. it was a small portion, but at least it was very good.

the two mains that followed: TINY (capitalized to contrast ironically with the actual size) fillets of cod topped with a salsa and deep-fried squid. I wish the squid had been better seasoned so it could have stood out a little better, and that the fish was larger so it didn’t get cold quite that quickly (and actually filled me up).

the chicken was a better, more substantial option of tender poached breasts served with morels and a mushroomy sauce alongside asparagus and too. much. foam. I was under the impression that foam had died a rather deserved death, and so this was an unappreciated manifestation of an outdated trend that irritated more than anything. I want food – not air that smells of food.

but, anyway. we finished with a vanilla parfait – really a well-designed platter of insubstantial cold meringue and some airy-dairy-product that lacked the satiating properties of actual ice cream, over macerated strawberries and rhubarb. it was – let’s say, flavorful, but there was barely anything in eating quite so much air.

the other dessert was much better: a fantastically rich chocolate fondant cake that was SO TINY – they deserve points for not overcooking something so small – nestled by scoops of actual ice cream and more foam.

it annoys me just writing this review – and I couldn’t even get satisfactory photos out of this meal, to add insult to injury – and it makes me famished, remembering how hungry and unsatisfied we left the restaurant. it’s inexpensive, yes, at forty-ish for a three-course meal – but really, I would rather have spent twenty more and left patting a satisfied tummy.