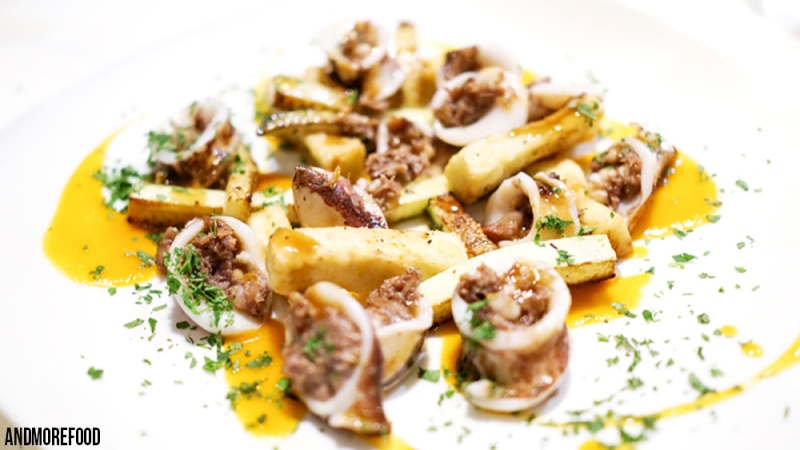 very good spanish food at this well-known restaurant along craig road – it’s a cosy, intimate space that’s packed at night, with waiters that are just the right mix of personal and professional, and dishes that both taste good and feel authentic.

it’s more napkin-ed fine dining than small-plate tapas, with prices that tread the high side for dishes well-worth the expense. 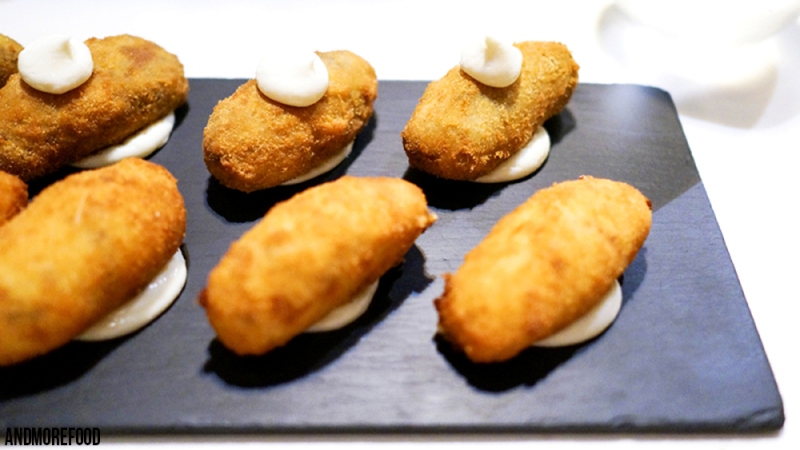 I’ve just realised that I’ve shot each dish about twice – which is probably indication of how enamoured I was with the food. the flavours were rich, but just so, without overwhelming the appetite excessively.

we started off with two types of croquettes, one with ham and chicken (croquetas binomio), and one with mushrooms (croquetas de setas), bound with creamy bechamel and full of flavor. it was pretty impressive that they had managed to fry the breaded mounds to such a crisp exterior, given how loose the soft croquettes were.

I could stuff my face with these, very easily (totally worth the exercise).

a dish of papada con navajas had tender strips of razor clams served on cauliflower puree, with well-seasoned matchsticks of char-grilled pork belly – very good – as was the chipirones rellenos, lightly chewy squid rings served with squash chips and a meat sauce. 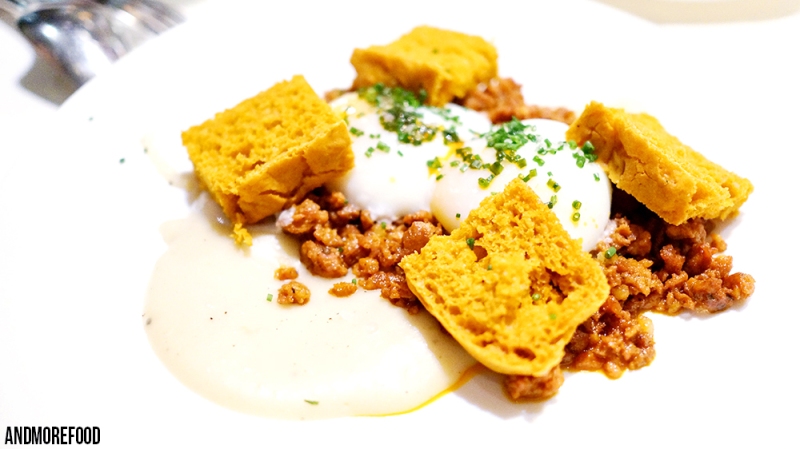 I thought that it was all indicative of a kitchen that’s skilled with seasoning and balancing flavours, as the dishes were composed of a wide range of complementary ingredients; like the huevos con chorizo, which had some sort of corn-bread type toast atop corned chorizo and oozy, soft eggs.

the beauty at the table was truly the fideua negra, skinny beehoon-sized noodles cooked paelle-style in squid ink, topped with blobs of cream and squid. it wasn’t the strongest tasting dish, and was much improved with lots and lots of ground pepper and salt.

don’t ever be shy about salting your own food! you’re the one eating (and paying) for your enjoyment. 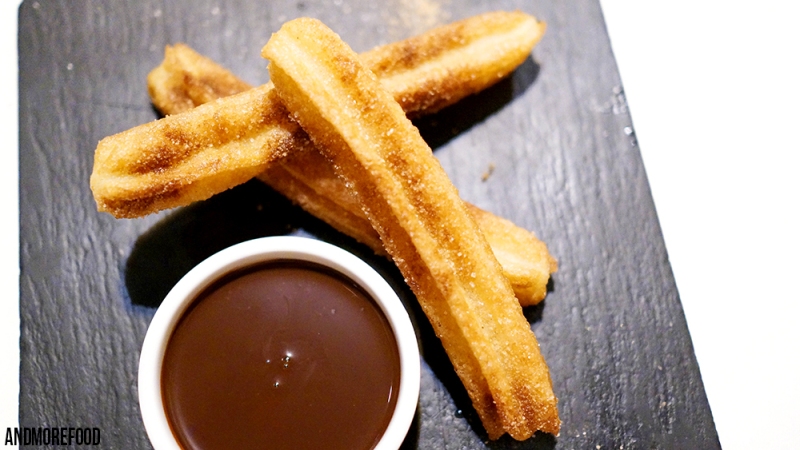 we were pretty stuffed by this point – though of course one must have dessert – and finished with churros (but of course) and tarta belada al whisky. the first was decent – at least it was cooked through, unlike many of the partially-uncooked specimens one encounters in this country, but I’ve never understood why the traditional preparations have such a weak chocolate syrup. it would be much improved with a thick, viscous, chocolatey sauce.

the second cake was a whopper. cassette-sized (do you young folkies even know what a cassette is?!), the cake was an excuse for a whisky vessel – so boozy that it hits you, but the sugar in the cake and icing keeps the alcohol from being too cough-y. very good – but make sure you’re prepared for it.

in general, I thought the food well-portioned, and the prices fair – we were certainly full at the end of the meal, but the wine portions defy understanding. a glass of red wine and muscato arrived poured to the very low-curve of a glass – and was barely taster-portioned (and yes, the photo shows just how much wine was poured!). very, very strange.

so – get your food here, and maybe stick with water (or be prepared to be near-teetotal).