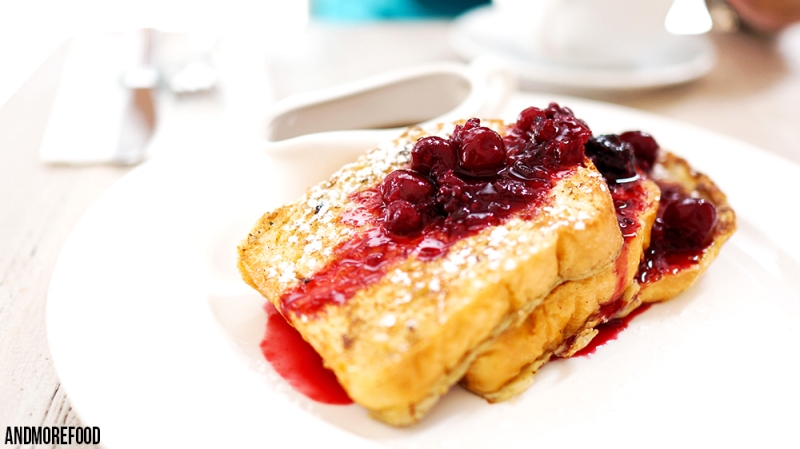 to follow on the brunch theme (does one post a theme make?), I’ve finally made my way to rabbit carrot gun – which is as strange and awkward (and can I say, unuseful) a name as an eatery could have – doesn’t really tell you anything apart from the fact that their owners are are probably modern types having an inside joke.

it’s a corner cafe in katong serving up fancified british, at prices the people of that fair isle would likely balk at – dominated by katong-type yuppies and expatriates all sitting al fresco in the heat (no one else but the too-cool and foreign would brave it – generalisation, yes, but stereotypes exist for a reason).

my bowl of homemade muesli served with yogurt and berry compote was decent, if small and unfilling. it was the french toast that really surprised us – thick bread that held its structure despite soaking enough egg-and-milk for a custardy inside, served with proper maple syrup and berry compote – it was delicious, and well-worth an order.

if you’re in the area for brunch, the food is pretty decent. which is to say I might come back again (although not travel specifically for) – but the prices are somewhat prohibitive (even for what is supposed to be an overpriced meal), and I like air-conditioning with my food.