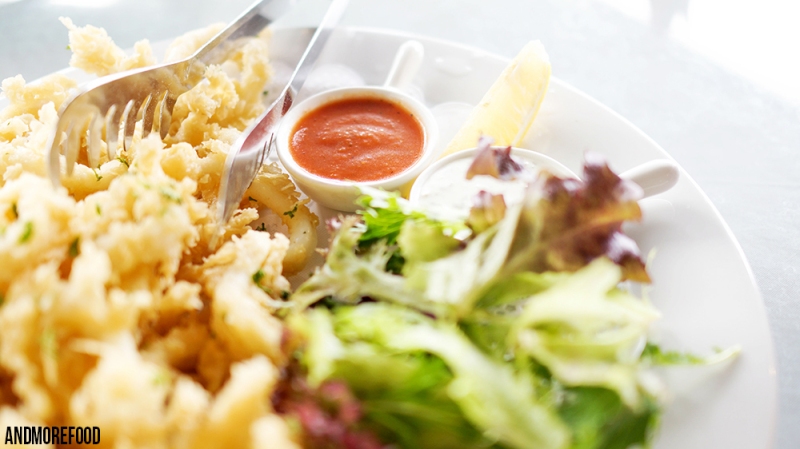 it’s christmas! or rather, it soon will be christmas, as you would have noticed from the decorations being put all about town (somewhat precipitously, some might argue, BUT NOT I) since november. and as befits the end-of-year, our natural inclinations to slow things down invite opportunities for more extended lunches – and this place in holland village accommodates that sort of thing, if you’re so inclined.

located in chip bee gardens, enclave of the expat and yummy-mummy, this restaurant serves up rustico italiano – a direct translation (and language massacre, my apologies) of what I fancy is rustic italian home-cooking. it’s surprisingly good too, considering the lack of reviews and the empty tables we arrived to at lunchtime. 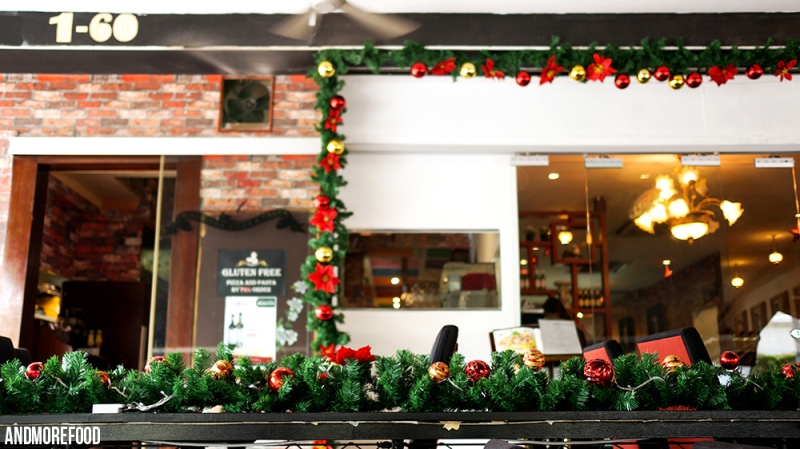 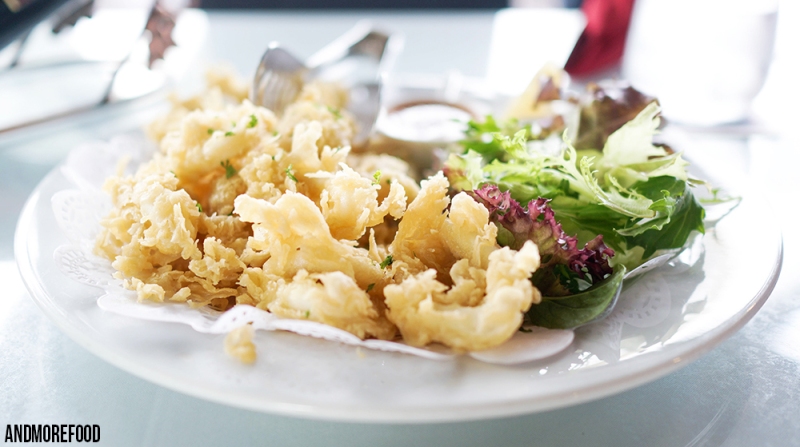 we were sat quickly – word to the wise, don’t do the al fresco unless you’re a sun-starved foreigner: the sweltering heat isn’t kind at noon – amidst our choice of table in an empty restaurant, and our orders were taken quickly. there’s a lunch set, but I don’t find that particularly good value given the mains are mostly meatless pastas (why? just, why?) – so stick with the à la carte.

interestingly, the food is cooked up by an indian chef – not quite what you’d expect, but expertise isn’t necessarily home-grown, eh? our calamari came decently well-fried and tender, though the batter was a touch greasier than I would have wanted, and tended to separate from the seafood. I would have preferred a chunkier, spicier marinara too, but that’s personal preference.

(if you eat the batter separately, it’s almost like as though you have two appetisers. almost.) 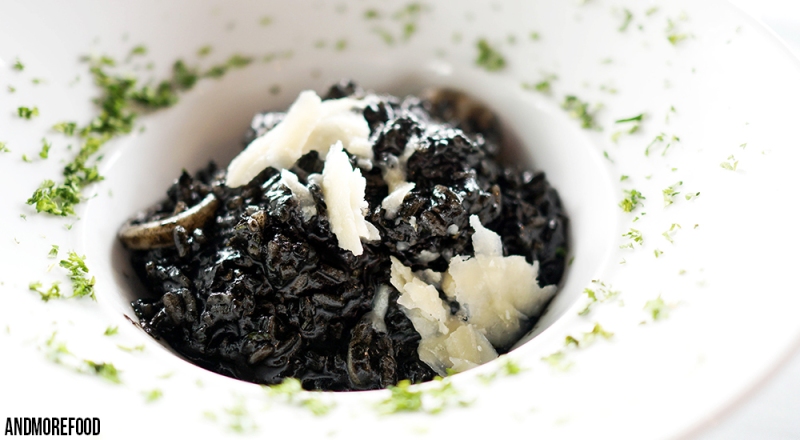 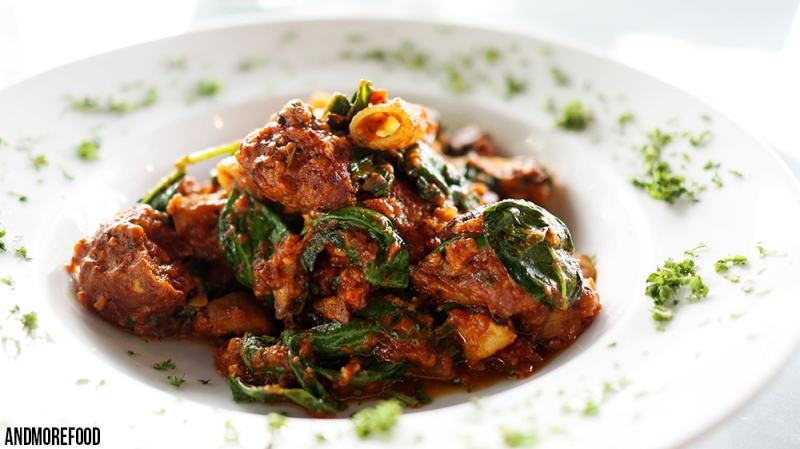 the mains were most surprising – both our squid ink risotto and sausage penne had a depth of flavor you might not have expected, so savory and umami-filled it almost seemed too salty (which it wasn’t).

they don’t look like big portions, but they are wholly filling and satisfying – it’s interesting to note also that there was rather more sausage than noodle in our pasta dish (which is not an often-seen phenomenon), and the risotto was supplemented rather generously with fresh squid rings and prawns. 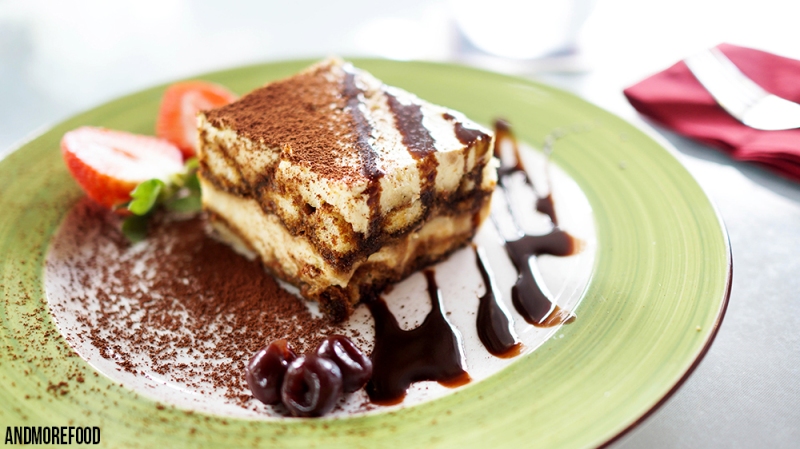 we finished with a dessert of tiramisu (what else?) – and this was a more than decent rendition, served with boozy brandied cherries and a drizzle of coffee syrup across the plate. it’s also not a particularly wet tiramisu (which I might prefer, actually) – you can see that the biscuits are just soaked-enough to provide a sturdy foundation.

it’s not cheap – this is holland village, after all, but the prices are competitive with other in-town italian establishments. it’s more than worth a visit, and a pasta per person makes for a good, decent lunch.