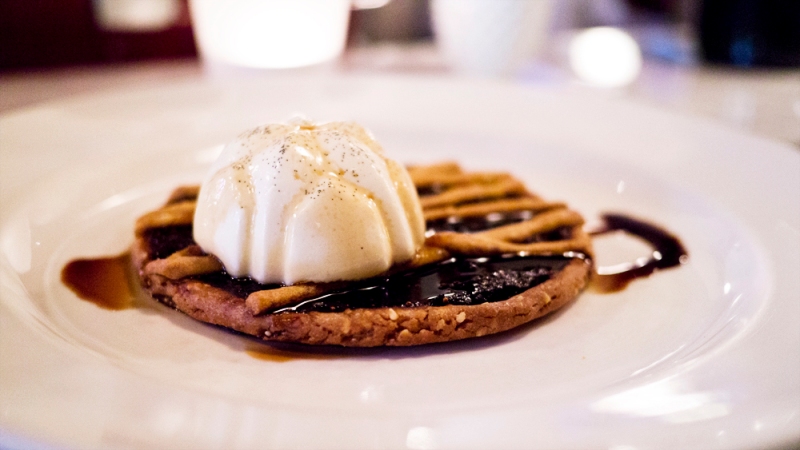 alright desserts at this american celebrit(ies) restaurant at the shiny spectacle that is the marina bay sands mall. third on my hit-the-desserts quest, and I think the ol’ wolfgang puck still wins, though this comes in slightly ahead of daniel boulud’s establishment.

the desserts here smacked of a kitchen that rather knows what it’s doing – but which could use improvement. both desserts we ordered had components that had quite a bit of potential, but fell a tad short of expectations – it’s a little like you’ve just decided you’ve finally arrived in the country of your dreams, only to find out everything is shut.

END_OF_DOCUMENT_TOKEN_TO_BE_REPLACED

decent dessert at this american-french import in the marina bay sands mall – not a silence-inducing sort of impressive but did just manage to hit the spot during a dessert craving.

I’m on a quest to dessert my way through the lauded restaurants in this luxurious mall – these restauranters are meant to be at the top of their class, and what better way to test their prowess than through my favourite course of a meal (and the only reason I sit through the preceding courses)?