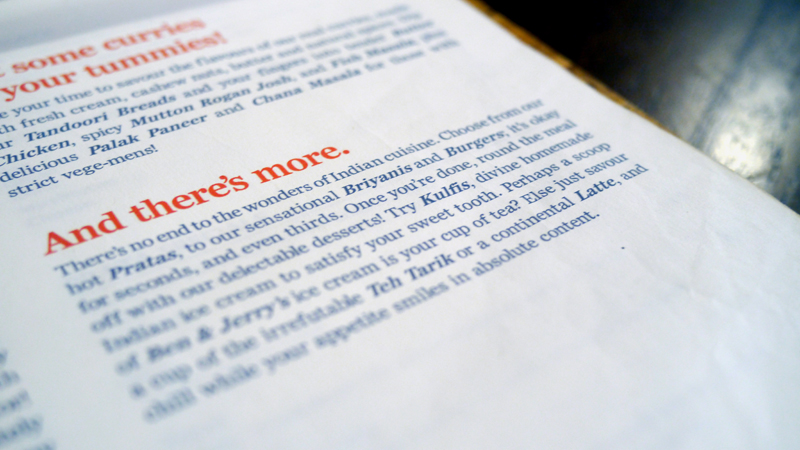 standout indian food in the grastronomic wunderland that is katong – I don’t usually come to this area because it’s a little far out of my reach, but the many good reviews of this place were too great a draw to resist. and they live up to it – indian food made modern, really in the style of masala zone in london, which I haven’t yet seen in singapore – I would say this is food that admittedly might play more to the mainstream consumer’s idea of indian rather than traditional fare, but it doesn’t detract from the pleasure of eating here, and judging from the clientele in this place – it might not be wholly unauthentic either.

you do pay for the experience though – prices are much higher than what you’d see at other indian joints, though merely on par with other new cafés/bistros. service is a little absent-minded sometimes – though this only happened with one of their waitresses – but the food is well good, and well worth coming back for.