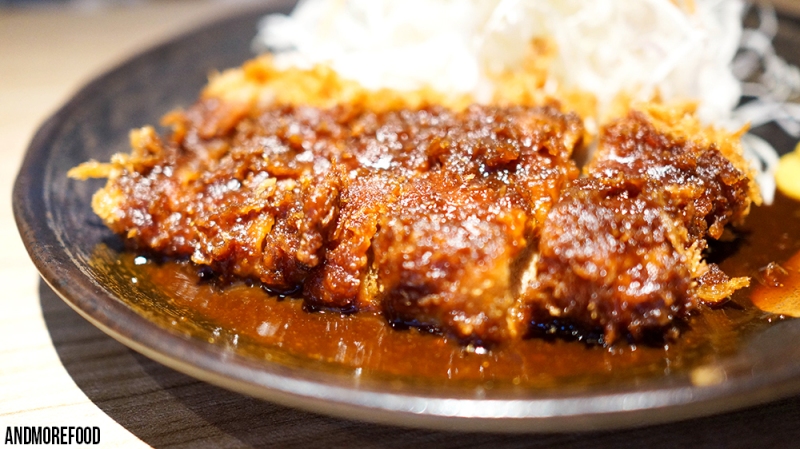 there once was a pork,
battered and golden-fried 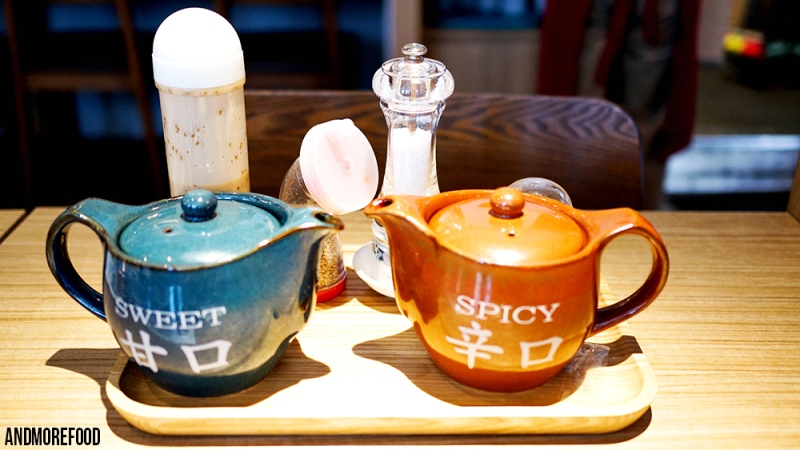 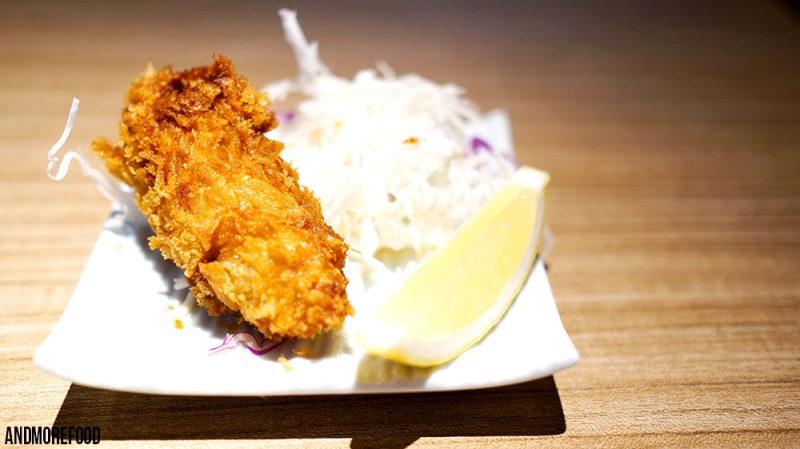 doused in sauce,
an oyster alongside

oh such a pork.

(easy, good, tonkatsu at this simple cafe-restaurant in the newly-renovated chijmes. I go heavy on the sauce, which goes fantastically with the clean, non-greasy cutlet and the quality japanese rice. so good, and a decent price at lunch. that oyster is pretty damn good too, with plenty of lemon, even though I don’t usually like those mollusks.)

a seriously HUGE plate of rice with delicious japanese curry and fried peripherals at this small not-a-stall-not-yet-a-cafe at the basement of the ion shopping mall.

my sister is a big fan, so of course we had to try it sometime – I do enjoy japanese curries and their tendency toward the spicey-without-the-spicy, chock-full of soft carrots and taters, and it also reminds me of cold london winters and easy post-school meals.

this has one of those gimmicky customizable heat levels, enabled by varying squirts of chilli sauce squeezed into the same base curry – which is flavorful, pleasingly thick (not in a cornflour sort of way) and immensely eatable.

and also, make sure you share. the portions are huge. 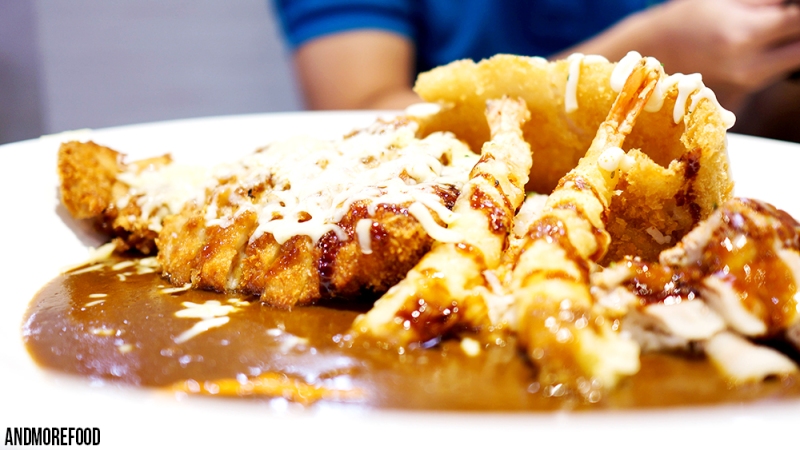 we went for the combo, which had EVERYTHING: golden-brown pork and fish cutlets, shrimp tempura and boiled pork slices topped with cheese, all sitting in a moat of curry with a bank of good japanese short-grain rice.

and it was good. we enjoyed it immensely until perhaps the third-last bite, after which it was a little nauseating from the richness and sheer size. my favorite was the large, tender white fish fillet – I’d steer clear of the shrimp, which had a loose tempura coating that wasn’t cooked well enough.

next time (probably months later, given how stuffed I felt at the end), I’ll just get the large fish fillet, with the omelette option.

I’ve always been curious about tampopo, given that it was rather popular quite a few years back, and there are healthy queues when I pop by town on the weekend. it’s the first time I’ve been here after walking pass so often, and I’ve got to say I’ve doubts as to whether there’s any point in coming here, since prices are about the same as sushi tei and ichiban boshi, and the flavours are nowhere as good.

it reminds me of watami quite a lot – both are relatively cheap japanese options with huge laminated menus suited for japanese food plebs. I also retract my “nowhere as good” from before, for I think it’s more that the food is rather rough around the edges, and not quite refined, akin to the sort of japanese food you get at a food court stall.

END_OF_DOCUMENT_TOKEN_TO_BE_REPLACED

good japanese chain outlet at the top of the raffles city shopping mall. so you must know by now that sushi tei is one of our favourite places – it’s become our regular hangout for decently reliable food at reasonable prices, and this was the first time we made it to the raffles city branch. this outlet isn’t anything particularly special, but we made quite a few good choices on the menu this time (instead of sticking to our regular orders) and I’d like to share. just because I’m nice like that.